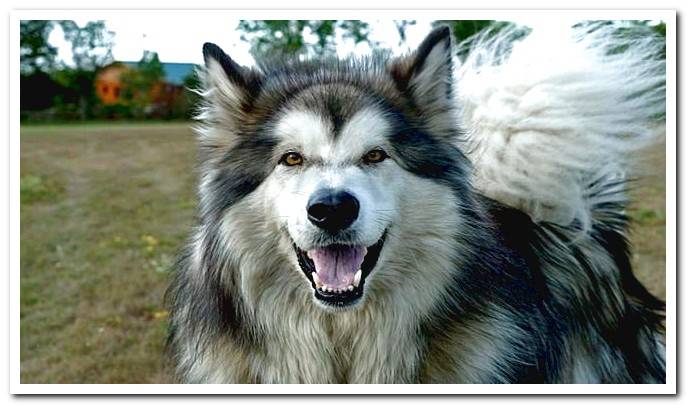 If you are thinking of sharing your life with an Alaskan Malamute, it would be interesting for you to first inform yourself thoroughly about all the details of the race.

From Dogsis we have wanted to collect all this information so that people like you can enjoy it. If you have any questions, leave it in the comments and we will help you solve it. 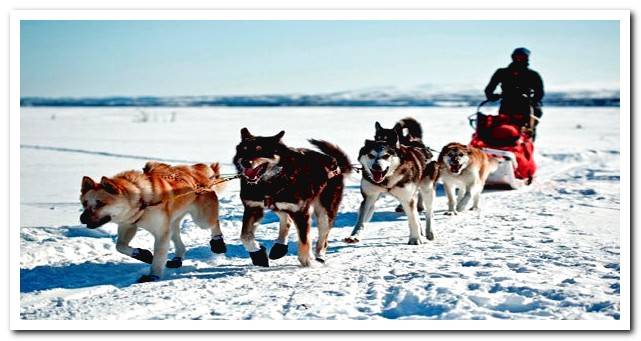 In the Alaskan Malamute breed we can find considerable weight oscillations, with specimens that barely reach 40 kg and others that are well above 50.

The females they are smaller than males. Its standard height is between 58 and 71 cm.

Regarding its morphological characteristics, of wolf aspect, we highlight the following:

It is provided with a fleecy inner layer, insulating and waterproof. The outer layer is also characterized by its density. Between the fingers it has a thick coat that serves to protect itself from the ice, common in its regions of origin.

It’s a dog stronger than fast, so it is capable of traveling long distances. It has a life expectancy of about 12 years.

How is the behavior of an Alaskan Malamute dog?

Despite what it may seem from its size and its wolf aspect, it is a loving and playful dog. Although he does not show it in excess, he will play with full confidence and disinhibition with the family and the people or dogs he knows.

It is also good with children but we must always watch it, since it could throw them due to its large dimensions. So it can be said that he’s a reserved dog until he feels confident.

Of course, its management is not always easy, because it is stubborn, and it may require a professional education with veterinaryns specialized in behavior, ethologists or accredited canine educators.

You can easily learn because it is a very smart dog. With cats or other small animals we must be careful because they could identify them as prey, coming to attack them.

They usually like howling, not barking, and digging. If their basic needs are not met, they can express it through destructive behaviors.

To avoid socialization problems as much as possible, if we are going to adopt a puppy it is better that we do not do it before 8-10 weeks of life, since it is very important that this stage is spent learning with its mother and / or siblings.

Some specimens, especially males, can be dominant and even aggressive, hence the importance of proper education. It is recommended the castration to reduce these behaviors.

Not only do you need exercise, but challenges on a mental level to keep busy. Despite its imposing appearance and size, it is not a watchdog and can relate warmly to strangers.

In general, providing it with the activity it needs, it is a calm animal that could get used to living in an apartment in the city, as long as it has the possibility of doing the exercise that is essential for it.

It is listed as a sled dog. Not a dog for inexperienced caretakers. 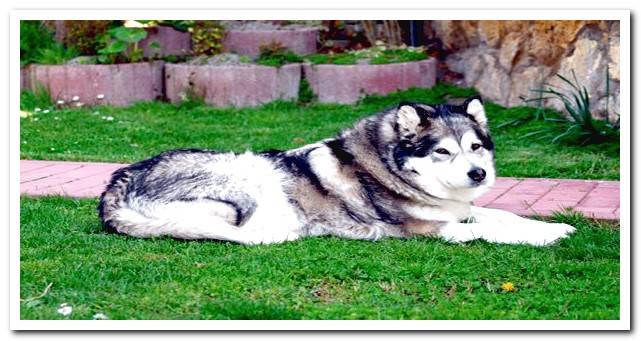 According to its origins, it is a dog with ease to be able to live outside, as it withstands su
b-zero temperatures. You can be more comfortable in houses and farms than in urban settings.

Also, it is a breed with a high need for exercise, since it has great energy, a very important aspect to take into account if we want to live with an Alaskan, since we must have time to walk it or safe spaces where to release it, even if it lives abroad.

An Alaskan permanently locked up in a farm, even if it is large, is going to get bored and it is easy to try to escape, with the danger that this implies.

Regular brushing is convenient for its very dense coat, especially during moulting periods to facilitate hair loss. Being so thick we will have to make sure we reach its base.

Brushing with the tools recommended by our veterinaryn or canine groomer avoids the formation of knots and keeps the coat clean, which will reduce the need to bathe it.

If we do we have to make sure that we leave the hair completely rinsed, since the shampoo remains could cause skin irritation.

You also have to dry it completely, which will take time, so there are caregivers who prefer to bathe them in dog grooming salons, where they have more powerful dryers than those used in homes. This type of cloak should not be cut, even in summer.

Due to its characteristics oriented to life in the snow it is a breed prone to suffer heat stroke, a veterinary emergency that occurs due to the elevation of body temperature and that can result in shock and even death.

For this reason, we must provide it with cool environments in which to take shelter in the warmer months, and we must never leave them locked in the sun, even for a few minutes.

Nor should we allow them to exercise when temperatures are high. Alaskan Malamute tend to suffer from disorders such as the following:

In the Alaskan, a genetic defect has been identified that affects zinc absorption, so the deficiency does not have to be due to inadequate nutrition. Treatment usually consists of supplementing this trace element for life.

Finally, we must provide our Alaskan with quality food that is adequate to their needs to avoid being overweight and the risks that this entails.

In addition, due to its size, it is at risk of stomach torsion, a serious problem that occurs when the stomach turns on itself, being obstructed for the entry and exit of liquids and gases.

Without veterinary attention it can cause death. It is prevented by preventing you from eating or drinking large amounts at once or after vigorous exercise. The daily dose should be divided into 2-3 servings a day. 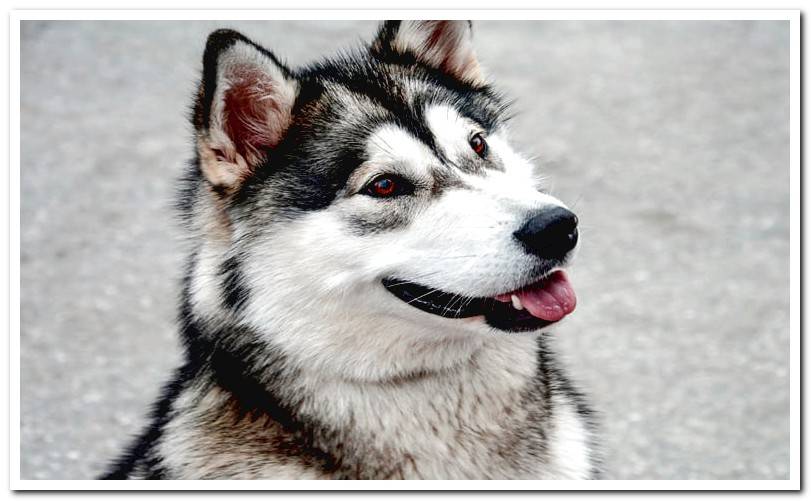 The origins of the Alaskan Malamute date back to ancient times and are found in the United States, where it remains a very popular breed, just like in Canada.

Thousands of years ago, dogs of this type were descendants of those who had moved to arctic regions, where crossed with wolves traveling from the tundra southward, seeking areas of milder climates.

The Alaskan Malamute was held throughout the Arctic region. It was a dog that was used to pull sleds, for transport, to carry food and other supplies, but also for hunting seals and even bears.

In our day, it has become a companion dog, although the breed continues to pull sleds and participate in races. These sled dog competitions started in Alaska in the late 1800s and are very popular today in North America and throughout northern Europe.

Alaskan Malamute were used in them although they were soon imported Siberian Huskies that, more athletic, began to prevail in the races due to the higher speed they are able to reach.

The name of Alaskan Malamute comes from the village Inuit Mahlemut who lived on the arctic coast of western Alaska. The Alaskan was used as a draft animal long before the Europeans arrived in America.

These dogs helped human groups in these regions survive, becoming essential allies. His charisma has reached literature thanks to well-known authors such as Jack London.