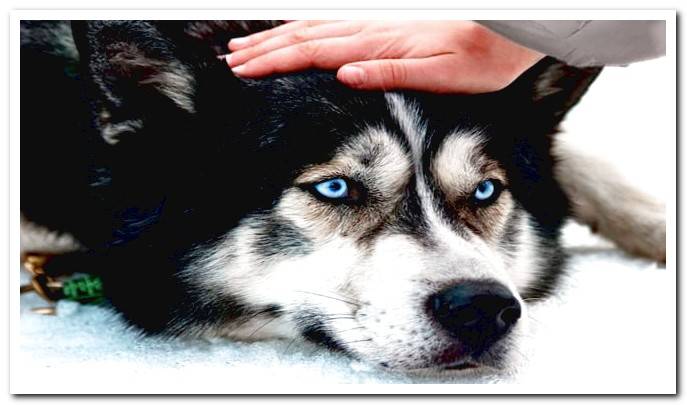 Head pressing is a phenomenon consisting of a series of very recognizable symptoms that may be indicating that there is a problem, the cause and severity of which we must find out.

Although it is not well known, it is more frequent than we think, and it can manifest itself in our dog even without giving it the importance it deserves.

How is head pressing manifested?

The symptoms of head pressing are manifested through strange and unusual behavior in which the dog press your head against the wall, the floor itself or a large flat object.

Generally it is indicating to us that something is wrong and that our dog feels a very bad pain in the head and seeks relief.

It would be the equivalent of when we humans rub our foreheads or temples to relieve a headache.

However, and despite the fact that this is the most frequent cause of the manifestation of head pressing, this anomalous behavior may also be warning us of the presence of a problem of a different nature and that may be more serious than we think. 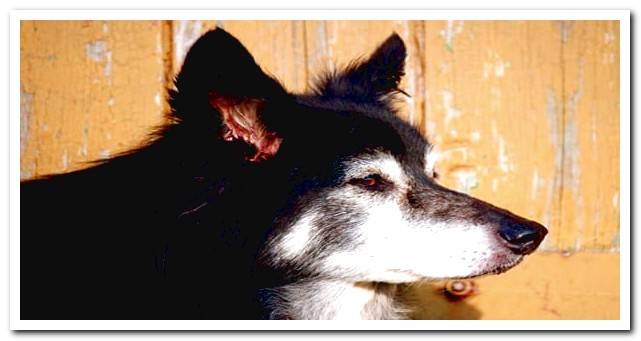 Why is my dog ​​pressing its head against the wall?

The causes of head pressing can have a different origin. Even the headache itself may be indicating that it exists an underlying pathology that causes this pain.

It is not our intention to alarm you, because the fact that we occasionally surprise our faithful friend by pressing his head against something does not necessarily mean that he has a problem.

Sometimes dogs do this simply to scratch where they can’t reach with their paws or simply because it makes them feel good, like we do when we massage some part of our bodies.

But if the action is repeated or held too long, it may be indicating a problem.

There are several causes that can lead to this behavior. Below we describe the most common ones, from lowest to highest severity:

Are there races more prone to head pressing?

In reality, any breed can suffer from this type of problems and therefore show the explained symptoms. However, brachycephalic breeds, such as French bulldog, the Chinese Pug, the Boston Terrier or the Yorkshire have a greater predisposition.

What to do if our dog shows symptoms of head pressing?

At the same time that we have evident indications that our dog may be manifesting head pressing, we should go to the vet as soon as possible.

This will do a checkup and can determine the cause that is causing it, as well as the treatment or guidelines to follow.

It will ask us for data regarding the appearance of the phenomenon; reason for which it is convenient that we write down all the data that we remember, related to the appearance of the symptoms: When they started, food or substances that they have ingested in the last days or changes in their diet, strange behaviors of the animal, etc.