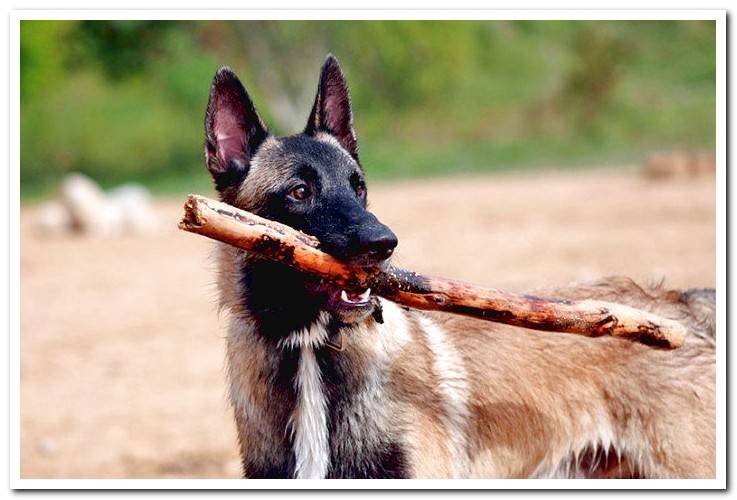 Table of Contents show
1. What does a dog with pica eat?
2. What is the pica due to?
2.1. Malabsorption syndrome
2.2. Stress
2.3. Cognitive dysfunction syndrome
3. Stings in puppies
4. Pike dangers
5. Is there a treatment for pica?
5.1. Related Articles:

It is called pica syndrome that is characterized by the intake of all kinds of non-food materials. It is considered an eating disorder and can have different causes, both physical and psychological.

The name comes from Pica pica, which is the scientific name for the magpie. This corvid is distinguished by the theft of all kinds of objects that accumulates in its nest. If we observe this behavior in our dog, we must consult with the vet. Let’s see in detail what this pathology consists of.

What does a dog with pica eat?

Dogs with pica can follow a normal diet, that is, they will eat the menu that we have chosen to offer them. But also, they will swallow or lick, in a more or less compulsive way, materials such as dirt, chalk, plaster, paint, wood, cigarettes or papers of all kinds.

What is the pica due to?

It is common to think that if we observe a dog eating paint or any other similar substance it is due to a nutritional deficit. But, at present, it is really strange that a dog presents deficiencies in its feeding. Even the lowest cost ranges can usually cover a minimum in dogs of all ages.

Related content  My dog ​​urinates in bed - Causes and Solutions

So, Although it is possible that there is a problem in the processing of nutrients called malabsorption, there are other physical and psychological causes that the veterinaryn must assess in this situation..

Let’s see in detail some of the possible causes of pica:

These dogs are going to eat normally but, as your body will not be able to properly absorb nutrients, they will always be hungry. They eat everything in the attempt to feed themselves. In addition, they suffer from diarrhea and weight loss. There are several causes that cause malabsorption.

They are related to problems in the small intestine or pancreas. To reach a diagnosis, the stool must be analyzed or intestinal biopsies performed. Treatment depends on what disease has triggered it.

Not allowing him to exercise enough, keeping him confined in tight spaces, tied up, without socializing or only for many hours are situations that cause the dog to develop destructive and self-destructive behaviors, among which can be found the pica.

These behaviors, once the vet has ruled out a physical cause, are treated by ethologists. These canine behavior specialists study the dog’s routine and introduce the necessary modifications to increase its well-being.

Related content  All about the Albino Doberman Why are they totally white?

This syndrome has been compared to Alzheimer’s in humans. As in us, it is also due to aging in dogs. What we will notice is that the dog becomes disoriented, changes the rhythm of sleep, hides, seems not to know family members, urinates in the home, shows stereotypical behavior, etc.

These changes can also include pica. When dealing with older dogs, the vet should perform tests to rule out that the symptoms are due to physical problems before talking about cognitive dysfunction. There is no treatment but the quality of life can be improved. 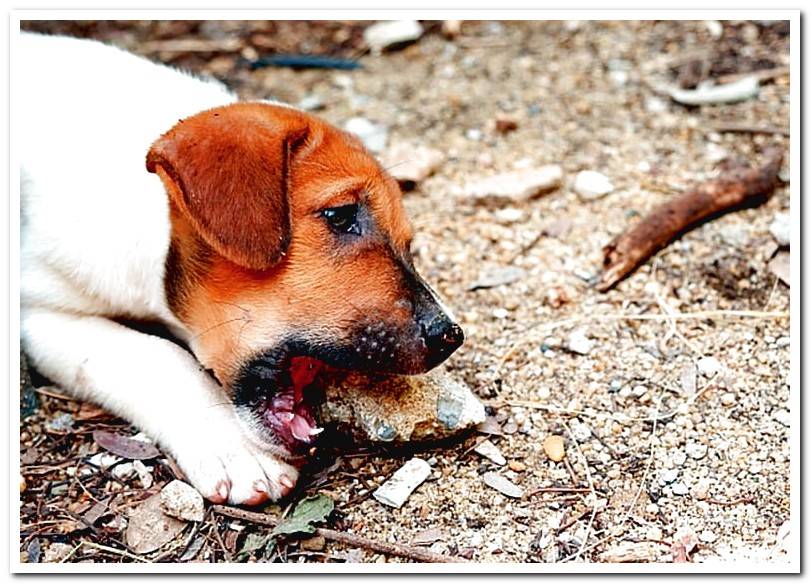 During the growth stage, dogs are characterized by exhibiting exploratory behaviors. Since they lack hands, their mouths are a fundamental instrument for touching, picking up and manipulating objects.

For this reason it is not strange that puppies, in their eagerness to discover the world, end up ingesting substances of all kinds. But this behavior must stop as soon as they leave this stage behind.

When a dog swallows non-digestible substances you are at risk of intestinal obstruction, in addition to milder gastrointestinal complaints. These would be, above all, vomiting, diarrhea or constipation, depending on the ingested materials. You can also contract digestive parasites.

Also, if the dog ingests lead you may be seriously poisoned. Lead is found in some paints, linoleum, plaster, batteries, some plumbing materials, solders, putty, etc.

Related content  Why does my dog ​​gag? Causes and solutions 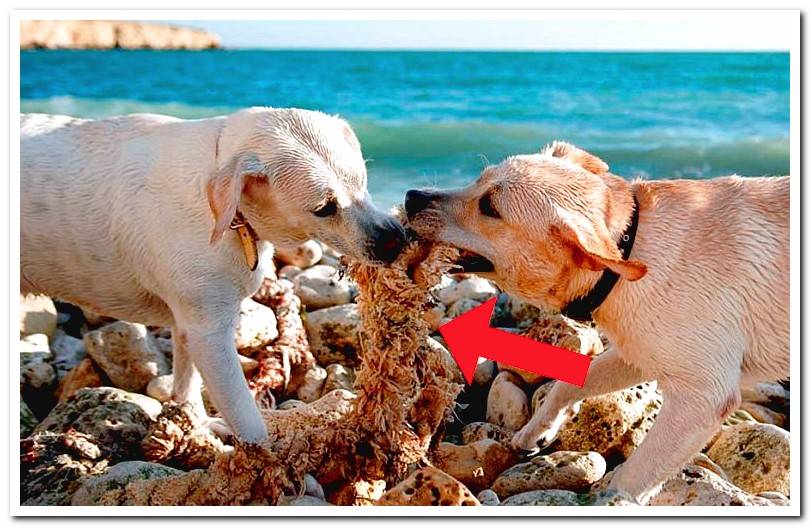 Is there a treatment for pica?

If we detect a picture like the one we have described, we should go to the vet. This professional, by exploring the dog and preparing his medical history, will look for or rule out a physical cause. The treatment will depend on this.

Attempts are made to identify parasites in feces, foreign bodies by performing radiographs or systemic diseases through a blood test. In the event that the dog is completely healthy, the problem may have a psychological origin.

If so, the intervention of an ethologist or a specialist in canine behavior can give us guidelines for the resolution of the disorder. It is very likely that this happens to modify the living conditions of the dog. On the other hand, you must prevent as much as possible from having access to substances that you find attractive to ingest.