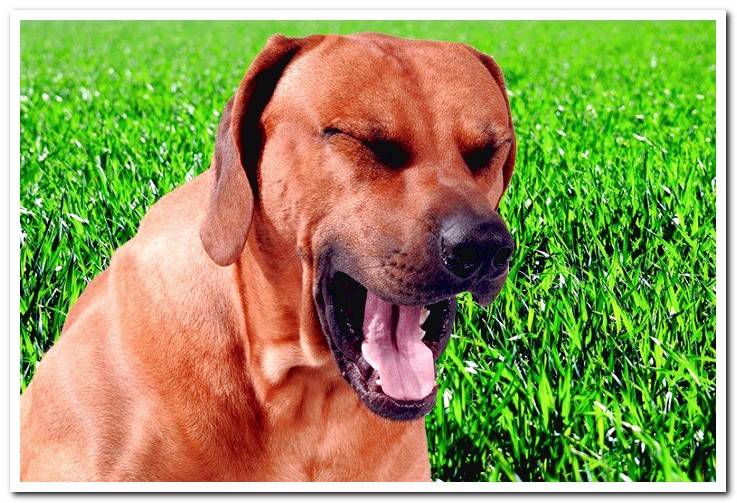 Gagging is a symptom that tells us that something is wrong with our dog’s health, from digestive problems, to diseases or possible foreign bodies. Other reasons may be gastric torsion or even parasites.

The causes that can provoke retching in our dog are multiple, but they all have something in common, it is necessary to go to the vet to locate the origin. In many cases, the consultation must be urgent. Let’s take a closer look at everything related to dog gagging.

On numerous occasions, the arcades will be accompanied by vomiting. They are usually due to digestive disorders, but there are so many causes that can cause vomiting in dogs that it is necessary to go to the vet.

Occasional vomiting is common in these animals, as their vomiting reflex is highly developed. Not worrying, but If vomiting recurs or there are more symptoms, the veterinary consultation is essential.

A common cause of gagging in dogs is the presence, in your mouth, throat or esophagus, of a foreign body. By foreign body we mean fragments or splinters of bones, thorns, hooks, spikes, whole or pieces toys, ropes and, in general, any object likely to be trapped in that area.

In these cases, in addition to retching, it is possible to appreciate hypersalivation, open mouth, nervousness, intense rubbing of the face with the legs or against objects, etc. Sometimes the object gets caught in the mouth and we can see it and even remove it. But we will only do it if we are very sure. Otherwise, it could backfire.

Neither should we pull a rope or a thread that is lost inside the throat. If the object were sharp, we would aggravate the situation. In these cases, the vet must be allowed to act. X-rays and even surgery are usually needed when it is found that the object will not be able to come out naturally.

Pharyngitis involves an inflammation of the pharynx due to different causes. Gagging, fever, cough, anorexia, or pain when swallowing. It is the veterinaryn who must find the origin of the pharyngitis in order to be successful with the treatment. In many cases there is an infection that must be treated with antibiotics. 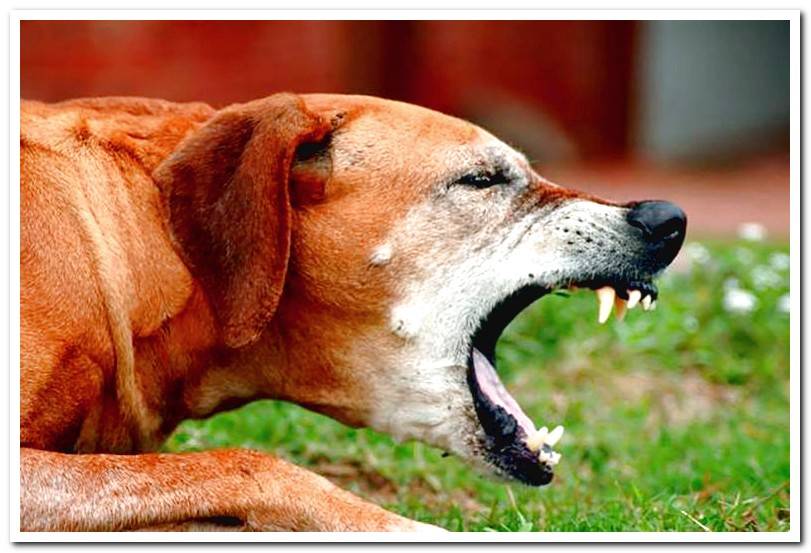 Especially chronic bronchitis, will produce coughing spells, especially after the dog performs some physical activity, and expectoration, in addition to retching. It is important to follow a veterinary treatment to avoid more serious injuries.

Tracheobronchitis is commonly called a kennel cough. As its name indicates, its main symptom is cough. But it also produces, depending on the severity, sneezing, expectoration, respiratory difficulties, pneumonia, more or less purulent nasal or ocular discharge, fever, anorexia, apathy or retching.

These are triggered after intense coughing episodes. The treatment will depend on the clinical picture of the dog. It is interesting to know that there is a vaccine to prevent its occurrence.

Torsion-dilation of the stomach is a serious and life-threatening problem. It is more common in large dogs. Eating large amounts of food quickly, drinking plenty of water before or after exercise, or too intense physical activity are considered risk factors.

The affected dog will be very agitated. He will present hypersalivation, he will adopt strange postures, his abdomen will be swollen, his belly will hurt, in addition to retching. It is essential to go immediately to the veterinary center. Treatment usually includes surgical intervention. Not all treated dogs manage to survive.

Retching due to motion sickness

Motion sickness is the dizziness that produces movement. It is usually very easy to observe it on car trips, since there are many dogs that get dizzy in this situation. Puppies are more affected. These dogs are going to be very nervous, we will notice that they begin to hypersalivate and end up presenting retching and even vomiting.

It is a problem that can be solved with training guidelines. The objective is to gradually accustom the dog to the movement of the vehicle. In certain situations, the veterinaryn may prescribe drugs to control motion sickness.

Although different explanations are circulating about it, the truth is that, at a scientific level, it is not clear why dogs, of any sex or age, decide to eat grass. In any case, what is certain is that the herb has an irritating effect on the stomach.

It is this that explains the retching and even vomiting after consumption. Herb intake is considered normal, but if it becomes too common behavior, we should consult with the vet. In addition to gagging, this habit can infest the dog with internal parasites.

Some internal parasites manage to cause the appearance of retching, among other symptoms. A common and abundant example, since it is a very widespread parasite, are nematodes.

These are earthworms whose larvae sometimes reach the lungs. This situation is the cause of coughing and gagging. We are more likely to see it in puppies. To avoid this, it is essential that we do not neglect the deworming schedule.