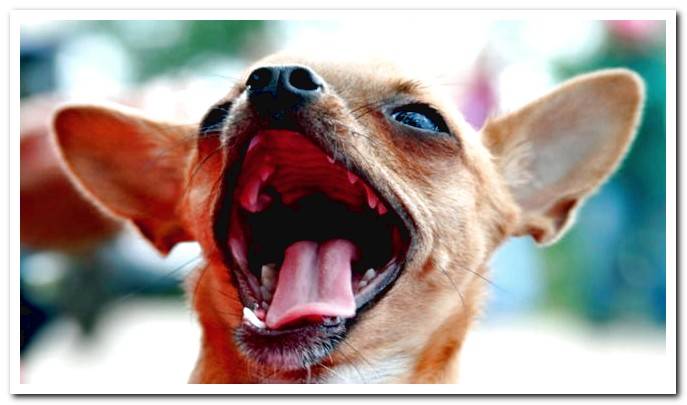 Most of us who share life with a dog know how to identify its state of mind or health with just a few simple glances. This occurs because we create close ties with them and because with experience, we learn to observe and interpret their way of expressing themselves.

Dogs do not speak or use words to communicate with other dogs or people, but they use very meaningful and easy to interpret canine language. It is our obligation to know how to interpret these signs of communication and interpret them correctly. In this way, we will know at all times how our puppy is or what he wants to transmit to us.

Although the human being presumes to be the most intelligent on the planet, the truth is that he is often the most ignorant … thinking that it is the dog who has to learn to express himself, instead of assuming that it is he, who must learn the language of dog.

We are going to explain how dogs communicate and how we should interpret their expressions, something very simple and practical that will help us to communicate and understand it much better.

Observing the small gestures that any dog ​​makes is actually the best form of communication that exists so far. Knowing how to interpret them is another matter, but surely you will know perfectly what we mean when we say that dogs also communicate with their ears.

When the dog raises its ears, leaving them erect and with the opening of the ear forward, our dog is indicating that he is attentive. Being vigilant can be good if you have simply heard a noise and are curious, or if you are witnessing something that intrigues you. 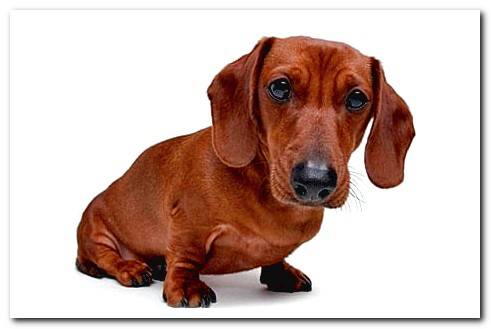 However, when a dog is angry and / or in a state of high tension, too excited and in danger of biting, its ears will also acquire the same position. If while walking we come across another dog with which he gets along badly, surely we can appreciate how his ears immediately stand up.

When the dog backs its ears, means that it shows a state of submission or fear. Surely you have appreciated on more than one occasion, that if you scold your puppy he moves his ears back, a clear sign of submission.

When the dog leaves its ears relaxed Maintaining his normal position is a sign that he is calm and that nothing bothers him. It is undoubtedly the best position for a dog’s ears, since they indicate that it feels good.

How can you see simple ears are capable of giving us many clues, but they do not indicate an exact state, but a predisposition of the dog. To know how our dog is, we must observe its ears but also other signs that it shows with different parts of its body.

To analyze all the signs together is to control the canine language perfectly, managing to know how our dog is, how he feels or what he is trying to tell us.

A dog’s tail is not just the extension of its spine, it is possibly the most important part of the dog when it comes to signs of communication. Dogs express themselves in many ways and their tails are one of the parts they use most to express themselves.

Some dogs have their tails already erect or curled by their own genetics, so these techniques cannot be applied to assess their state of mind, as it can lead to error.

When a dog lifts its tail and holds it rigid and immobile, it is indicating to us that it is in a state of attention, pressure, stress. It is an alert sign, as it normally indicates that our dog is excited, about to bark, growl or bite.

If the dog’s tail is tucked between its legs, almost rubbing against his gut, means that he is scared or very nervous. A frightened dog can be just as dangerous as a stiff-tailed dog, since fear can lead to trying to defend itself.

If the dog’s tail is raised and wags a lot, means that the dog is very excited. This may or may not be good, if it is because he has just reunited with his human it is undoubtedly because he is excited with joy. But if its tail acquires this movement when it is crossing another dog, it can mean that it is excessively nervous and can lead to an attack.

When the dog’s tail is down and cocks to the side It undoubtedly means that the dog is happy and content. It is the most obvious way to perceive happiness in a puppy, such a simple gesture can give us great information. 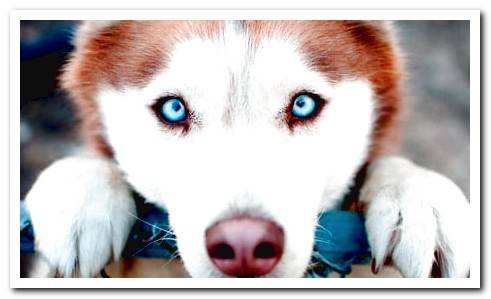 A dog’s gaze can indicate that a dog is in submissive mode and does not pose a danger, or that a dog is under tension and / or provoking. One of the rules that all humans should teach our children is to never stare into the eyes of an unknown dog.

When a dog stares into the eyes from another dog, he is challenging him, he is indicating that he is superior and that he is willing to demonstrate it. It is a way of challenging each other, a form of communication between dogs that can also be applied to humans, because when we look at an unknown dog in the same way, staring into the eyes … he will also interpret that perhaps we are challenging him.

However when a dog looks away from ours If we are staring at it, it is a sign of submission. It indicates that you do not want to face us, that you do not seek to be superior or that you are just a little scared.

Obviously the interpretations change remarkably when instead of being an unknown dog it is our puppy, with whom we share life. Here you can find more detailed information: Why does my dog ​​look me in the eye?

Final conclusions on the interpretation of canine language

The first thing we must use to try to understand or communicate with our dog is common sense, if we lack it, it will not matter how much information we are able to read.

Knowing how to interpret what a dog wants to express is really easy if we know how to interpret its signs. The next time that you inadvertently harm your puppy (for example if you inadvertently step on a little leg), do not go to pet it and ask for forgiveness…. just feel bad and stick your tongue out repeatedly, let him see you do it, like you’re making fun of him. He will immediately interpret it as a sign of forgiveness, when it does, then you can stroke it.

How you see it is not all about knowing if the dog is happy or scared, we can also put these signs into pract
ice using them ourselves. The analysis and / or use of the obvious signs that a dog uses to communicate is the best way we have to communicate with our dog.