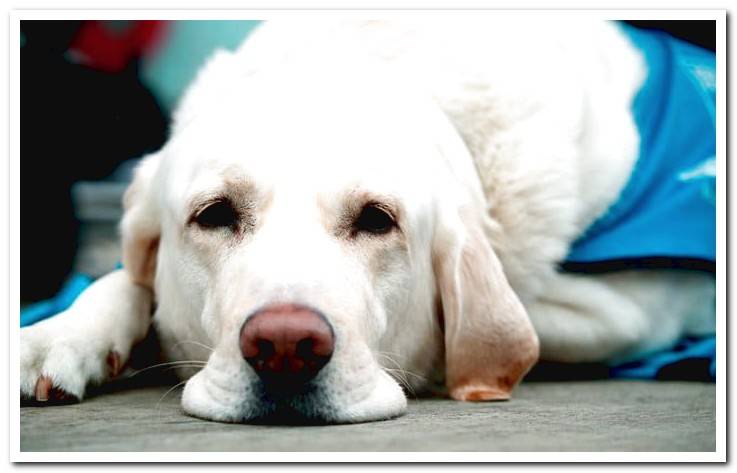 Surely on more than one occasion you have heard of the possibility of your dog suffering from anaphylactic shock, but what exactly is it and what causes it? Is it really serious?

In this Dogsis article, we are going to review all the details you should know about this type of shock, what its symptoms are, how to act and, of course, good tips to prevent it. Ready @?

What is anaphylactic shock?

Anaphylactic shock it is an allergic reaction that occurs after the dog is exposed to an allergen. This must have contacted the dog previously, so that hypersensitivity is triggered. It is an emergency, luckily, rare.

The dog must be immediately transferred to a veterinary clinic. We can see symptoms both locally and generalized. The latter case is more serious and the dog can die if it does not receive attention.

Symptoms of anaphylactic shock in dogs

Symptoms of anaphylactic shock can start locally. In the most severe cases, the clinical picture is generalized and appears both immediately and over several hours. These are the symptoms that should put us on alert:

How does anaphylactic shock occur?

The most common causes of anaphylactic shock in dogs are insect bites or the consumption of certain drugs, especially antibiotics. Specifically, the medication that is associated with a higher percentage of anaphylactic shocks is penicillin. Another cause, but very rare, is the inoculation of vaccines.

Stings from insects such as bees, wasps or ants cause inflammation, pain and redness in the area. This usually lacks hair, such as truffles or feet. A single sting, apart from the local inconvenience it causes, does not usually have major repercussions. In these cases, we should try to identify the insect, just in case.

But, If the dog has been attacked by numerous insects, it can suffer anaphylactic shock due to toxins. that these can transmit to dogs that have already been bitten previously. If we identify symptoms of anaphylactic shock we should immediately go to the vet.

Cuterebriasis is another cause of shock linked to insects. It is due to weevils whose larvae penetrate the dog’s skin. They look like lumps with a small hole through which they breathe. They appear mainly on the jaw, the sides or the abdomen, since the dog acquires them from the ground.

If this is the case for our dog, we can use fine tweezers to carefully remove the weevil. You have to be extremely careful not to crush or break it because that is what anaphylactic shock would generate. If we are not sure if we can do it well, we should go to the vet. 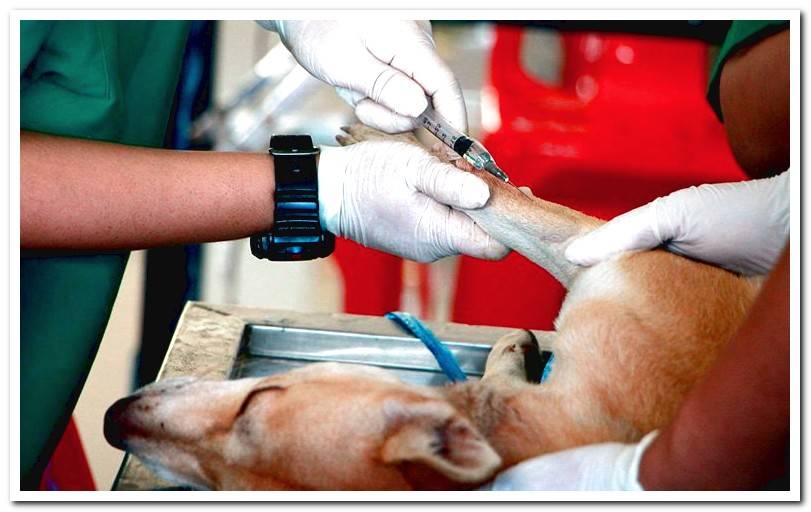 There are no home treatments to recover a dog that is suffering from anaphylactic shock. Thus It is essential to go to the nearest veterinary center. The dog must be administered adrenaline. Adrenaline serves as an antidote for allergic reactions.

It can be given by subcutaneous injection, but it is common to have a line to give the medication intravenously. In addition, this is how it is used to start fluid therapy. Depending on the characteristics of each case, the veterinaryn may also resort to oxygen, antihistamines or corticosteroids.

Can anaphylactic shock be prevented?

Anaphylactic shock is a serious situation and represents a danger to the dog’s life. We are not going to be able to prevent all the situations that could trigger this shock, but we can follow minimum standards to avoid putting our dog at unnecessary risk. They are as follows: