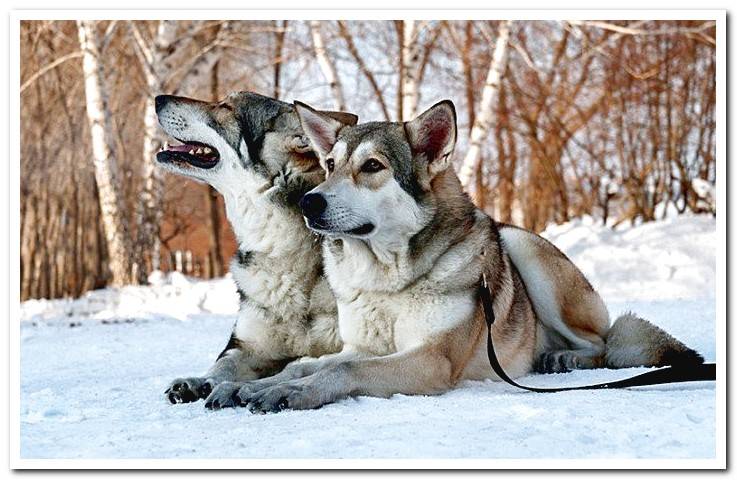 This breed of wolf-type dog is quite rare and unknown, so there is little information available about it. Even in its place of origin, the Netherlands, the Saarloos wolfdog is not widespread.

Below we will give all the essential information to get closer to this beautiful and intelligent breed that, due to its particular characteristics, will delight all those admirers of wolf dogs.

Origins of the breed

The birth of this breed is located in the Netherlands, specifically in the year 1921, when the Dutch breeder Leendert Saarloos He started an experiment to which he dedicated his life.

Therefore, this was the first function of the Saarloos Wolfdog, although it is currently a companion dog because, unlike its parent the German Shepherd, it has not achieved excellence as a working dog. 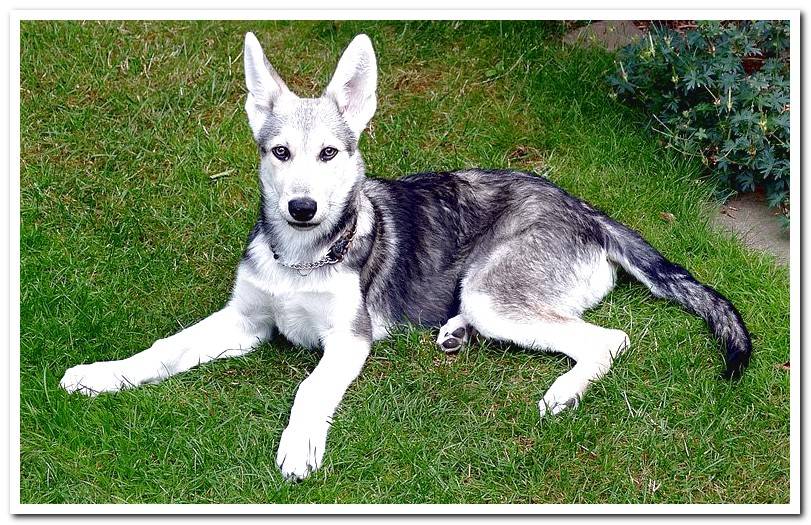 Although the Leendert Saarloos experiment was unsuccessful because it was not shown that any improvement in the skills of the German shepherd was achieved, the recognition of a new breed was achieved, as early as 1975. The Saarloos wolfdog stands out for some peculiarities.

Unlike other dogs mixed with wolves, this breed has been breeding for many more years, which affects its character, which is more, we could say, domestic. This character is also influenced by the fact that the blood of wolves more prone to pack life and less prone to loneliness is included in their genetic mix.

Saarloos wolfhounds have a slightly arched head between their ears. It is arranged on a wide and strong neck. The ears, which are erect, are wide at the base. The eyes, almond-shaped, are usually yellow in color, with an alert expression.

The back is long and ends in a low insertion tail that is characterized by having a dense and marten colored coat. They also highlight their long limbs, which is especially noticeable on the front legs. In general, its external appearance is athletic and very similar to that of the wolf.

The coat, which may be gray or brown in color, is generally rough to the touch, not excessively long but with an internal layer of considerable density. Does not require much care or baths. Life expectancy is around 10-12 years. The average weight ranges from 36-41 kg and its height is between 60-75 cm. It is large in size. 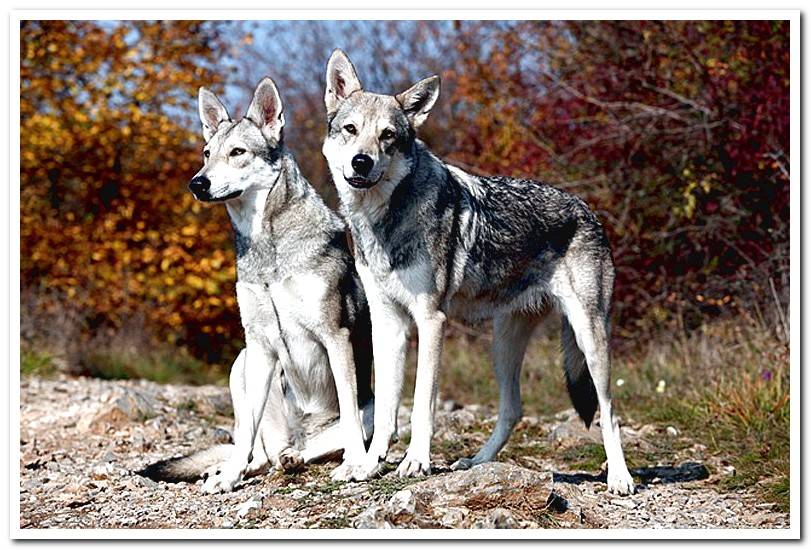 Although it is common for dogs with wolf blood to present more difficulties when it comes to learning, the truth is that the Saarlos wolf dog is educated with relative ease by being more receptive. That is why we will be before a good student when teaching him to obey orders.

Of course, we must bear in mind that, being independent and intelligent, they need an experienced caregiver. Obedience education is necessary because some specimens can be a bit dominant or even aggressive.

In addition, this breed presents less difficulties in adapting to life in the city. These aspects, somewhat different from other wolf dogs, should not make us forget that it is also a wolf-blooded dog and, as such, it is not surprising that it is cautious or shy, especially with strangers.

What is it like living with a Saarloos wolfdog?

It is not a dog that is especially recommended to live with children. If they get used to it from puppies they will be able to share a house with other dogs, but there may be problems in living with different species if they are able to awaken your hunter instinct. It is therefore very important socialization early and adequate.

Due to its physical and psychological characteristics, it can adapt well to a life outdoors and withstand adverse weather conditions. Furthermore, it is a good watchdog. Of course, you need a high level of physical activity. Rides are a must but also you must have a frequent opportunity to run.

Remember that exercise not only contributes to physical well-being, but is essential for the dog’s mental balance, therefore reducing the risk of suffering from anxiety or stress problems. This is especially important in races as smart as this as they will have a great need for stimuli.

There is no information on diseases that particularly affect this breed. Due to their physical characteristics and their ancestors, they are likely to have dysplasia, especially of the hip. Otherwise, the same recommendations for veterinary follow-up, deworming or vaccinations apply as for any other dog.

Hip dysplasia is an incorrect joint, which can be more or less severe. It will cause pain and lameness, and sometimes the need for surgery. Any strange wandering in this breed is reason for veterinary consultation. With an x-ray it is possible to confirm or rule out the diagnosis.