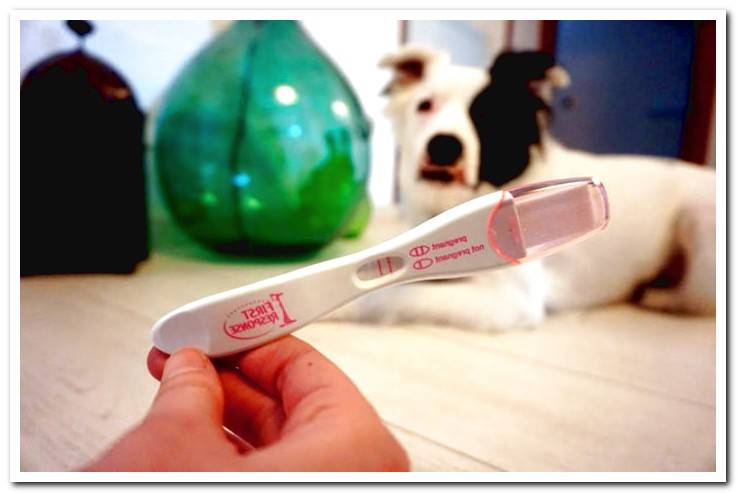 Pregnancy tests are well known and we know that they allow us to discover, in a simple and early way, the existence or not of a pregnancy. But this is so in the case of women. For bitches, it’s not that easy.

Thus, although there is a relaxin hormone test for them, in bitches it is more common to confirm pregnancy by palpation, ultrasound or radiography. Let’s see in detail how to know if our dog is pregnant.

First of all, we must know that bitches have a gestation period of about two months, nine weeks, or about 63-65 days. In many of them we will not notice any changes until the last few weeks. Therefore, it is common for caregivers to express interest in being able to confirm the condition of their dog much earlier.

Whether it has been a wanted or programmed mating or the result of an unwanted crossing, it is helpful to have a pregnancy test, similar to that used by women. The truth is that for dogs there is a test, but its use is not widespread. This measures the concentration of a hormone called relaxin.

Thus, with regard to the diagnosis of pregnancy, four methods stand out, which are palpation, ultrasound, the aforementioned relaxin test and radiography. The test allows confirmation of pregnancy before imaging, but does not give information on the number of puppies expected.

Serological tests for the diagnosis of pregnancy

Experts seek to detect pregnancy in bitches as soon as possible. For it they investigate different hormones more or less linked to this period, in search of the one that allows greater diagnostic efficacy. The problem is that bitches don’t have a specific hormone like women. Hence the complication of developing a test.

Thus, progesterone has been ruled out, because it is also elevated in non-pregnant bitches. Some proteins, such as fibrinogen, increase during pregnancy, but since they are also related to inflammatory processes, more studies are needed to use them. The same happens with prolactin, high also in bitches with pseudopregnancy.

There is the possibility of measuring follicle-stimulating hormone, which, in a high concentration, indicates gestation between 16 and 18 days after fertilization. The problem is that it is a very expensive test, so it is not used. It works on one of estrogens, which rise in urine about 21 days after mounting. At the moment the relaxin test is used.

As an alternative to the test, palpation is used. Puppies can be seen in the womb around 22-30 days of gestation. What is palpable are the amniotic pockets in which the developing puppies are found. It is the traditional method, faster and cheaper.

The only downside is that, in order for it to really be useful, it must be done by a veterinaryn experienced in this procedure. Before this date, the bags are too small to notice and, later, they accumulate more liquid and lose their shape, forming a kind of continuum between all of them.

Palpation is reliable again towards the end of gestation, once the cubs are ossified. Also keep in mind that palpation can be difficult in obese bitches or with a tight abdomen. 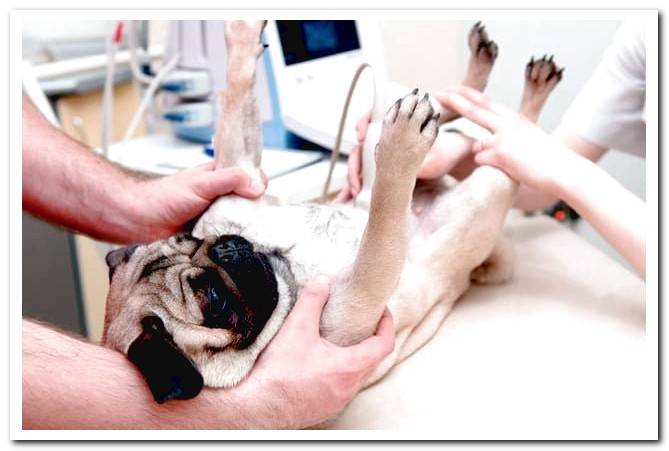 Ultrasound to visualize the puppies

Ultrasound is a diagnostic imaging method that allows us to identify puppies in the womb from day 19-21 of gestation. Specifically, what is appreciated are the amniotic bags. Sometimes until around the 25th it is not achieved.

It is a very effective, precise and little bothersome technique for the bitch. It is recommended that you come with a full bladder, to facilitate visualization. It is possible to estimate the number of puppies, although there may be errors, and to evaluate their development and even viability.

The peculiarity of relaxin is that it is a hormone that produces the placenta. It is therefore the closest thing to a specific pregnancy hormone in this species. So it can be used to determine the existence or not of pregnancy. It is detected between 21-30 days after fertilization.

There is a commercial test that works with serum or plasma. As a drawback, it must be borne in mind that it can give erroneous results. To avoid them, it is recommended to repeat the test after one week. It can also test positive for a long time after an abortion has occurred.

From the methods of diagnosing pregnancy, radiography is the one that provides us with information later. It allows viewing puppies from day 44-50 of gestation, since it is necessary to observe the bones. Before that date, the radiograph would only transfer the image of a distended uterus, also compatible with disease.

Although the rays have adverse effects, at the end of the pregnancy the damage for the puppies would be the same as for an adult dog. It allows obtaining the number of fetuses, a general idea about their development or the presence of a dead cub.

The importance of diagnosing pregnancy

These methods not only help us diagnose pregnancy, but also allow to establish an approximate due date and some, like ultrasound and radiography, also give us information about the number of puppies we expect. Although there may be errors if the fetuses appear overlapping.

It is important to estimate the probable date of delivery to avoid problems derived from premature or delayed deliveries. This is especially important when there are risk factors, such as gestational diabetes, or problems that require veterinary intervention are expected. For example, brachycephalic breeds that often need a cesarean section.