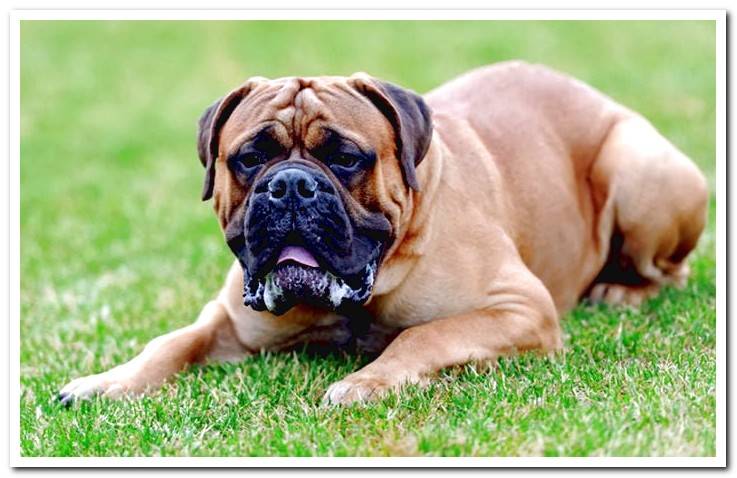 The Mastiff is a giant dog breed, considered one of the largest in the world. Its origins can be traced back to the boom centuries of the Roman Empire, when a variety of this dog already existed.

Solid and imposing, despite its size it is a calm and gentle dog, but with an alert and protective attitude. If you want to know everything about its characteristics, personality and care, discover the details that we have collected for you. Let’s go there!

Origins of the Mastiff breed

There are records of the Mastiff’s existence during the 55th century BC.. That year, Julius Caesar’s troops discovered him in the invasion of Britain. The ancestors of this breed are often confused with those of the Tibetan Mastiff, although in reality it is an equally ancient, but different breed.

Back then, the Mastiff was so fierce that the troops decided to take him to Rome, where these dogs fought in the arenas for public entertainment. From these days until today, the appearance and personality of the Mastiff has evolved and changed to the characteristics that are now known.

The Mastiff act exists since the XV century. It was used as a hunter, war dog and guardian. In addition, he participated in the Battle of Agincourt against French troops.

Despite its age, it almost disappeared in the course of World War II, only 14 Mastiff dogs remained. However, breeders in the United States prevented this from happening.

This breed of dog It stands out for having an incredible size and weight, as well as a very powerful jaw. According the standard of the International Cynological Federation (FCI). It is a large dog, characterized by a wide and tall appearance with separate limbs.

The head is square and wide, it has a black truffle and a short square-shaped muzzle. The lips hang slightly, and inside them the mouth has powerful teeth.

The eyes are separated and have a dark hazel iris. The ears, meanwhile, are thin and fall on the sides of the head.

The Mastiff’s coat is short and close to the body, with a rough texture near the neck. The coat features tawny or apricot tones, accompanied by a black mask that stains the ears, muzzle, truffle and around the eyes. 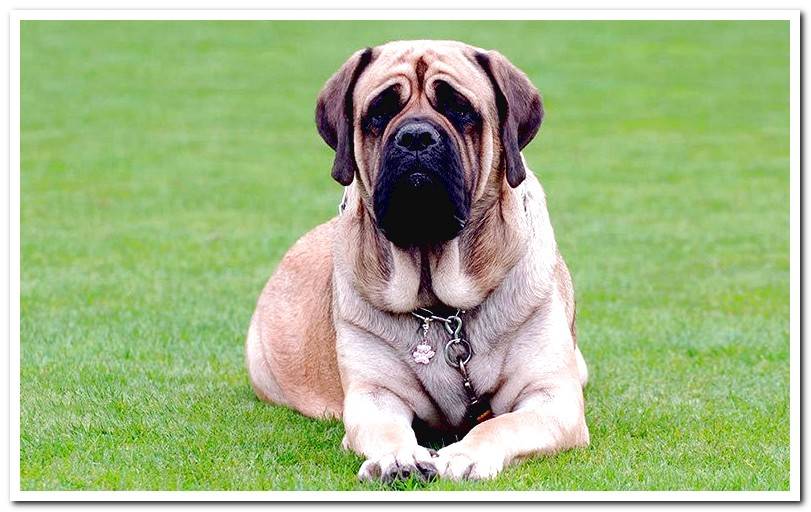 How is the character of a Mastiff dog?

In the past, the Mastiff was a ferocious dog prepared for war. However, with the passing of the centuries his character calmed down. Despite its massive size, nowadays it is an affectionate and noble breed, even a bit good-natured.

Demonstrates self-confidence and a calm personality, as long as you receive a good socialization; otherwise, it could become a very dominant and difficult dog to control, especially when you consider its size.

Well educated, he will be an excellent watchdog for you, capable of driving away anyone who decides to enter your home without permission. On the other hand, if you bring friends to your home, they will behave indifferently towards them, that is, they will not adopt violent attitudes.

If you adopt a dog of this breed, it will seek your pampering and affection frequently, so he is a good companion dog. In addition, it gets along well with children, although you must teach them to treat the dog to avoid being disturbed.

Care required by the Mastiff breed

Although the Masttiff is calm, not a breed for inexperienced caretakers. The training and socialization process requires security; otherwise the dog will easily intimidate you.

She loves participating in family life, loves going for a walk, spending time with children, and being part of daily activities. This makes him feel loved and respected. However, due to its size, it is not a good dog to live in a small flat, requires a house with a garden and space to entertain.

The Mastiff needs regular exercise, but he tires very quickly, so quiet walks are perfect for him. Walk puppies only one or two blocks; instead, the adult Mastiff is capable of walking a maximum of 3 kilometers. He usually lies down when he gets tired and you won’t be able to force him to get up, so don’t take him away from home, unless you plan to carry him back.

Avoid running on the stairs or participate in jumping exercises, the most recommended are walks and quiet games at home.

The training I require is socialization and obedience. Mastiff responds to sequential training, but avoid being repetitive so you don’t get bored. Each day, prepare a different routine, includes games and various orders so that the time y
ou spend training is effective.

By having a short coat, its maintenance is simple. One or two brushings per week will be enough to remove dead hair. Bathing is recommended once or twice a month.

The Mastiff’s face has furrows or wrinkles, it is convenient that the frequent inspections to remove dirt. In the same way, keep the ears clean and the nails cut.

The large size of the Mastiff is accompanied by some congenital diseases. Not all specimens of the breed suffer them, but you should be aware of the symptoms.

The most common ailments are: