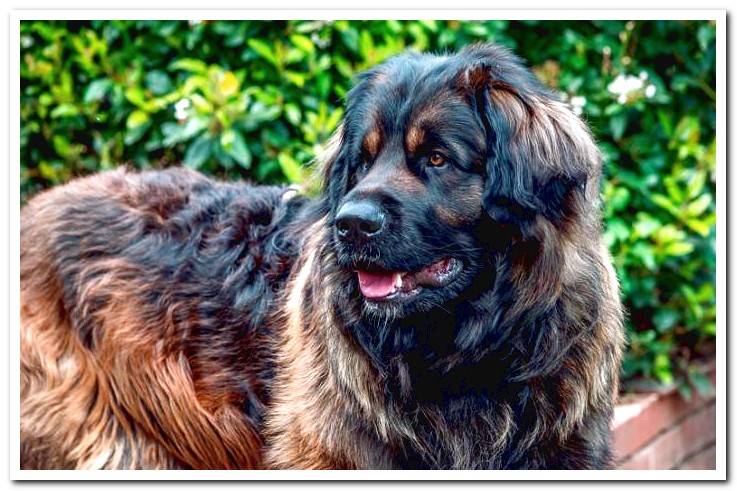 Not suitable for small houses, this specimen of German origin has a heart almost as big as its size. He is intelligent, faithful, loving, serene and protective. Furthermore, this breed has also been used as a lifeguard and even as a rescue dog in mountainous areas.

We encourage you to learn more about this giant. 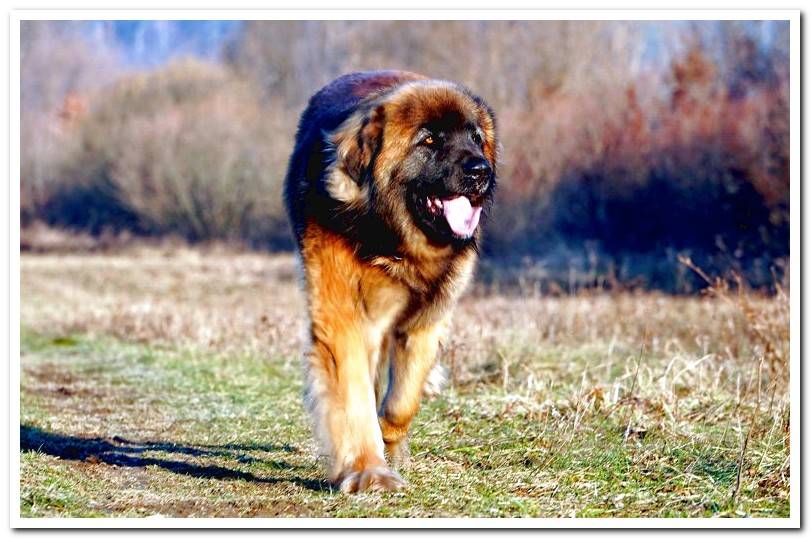 Where does the Leonberger dog breed come from?

As with many other races, the Leonberger has a somewhat uncertain past reason why different theories are given on its origin. Experts think that it comes from the German city of Leonberg, but others think that it could have originated in Löwenberg (Switzerland).

Another of the theories that are used is that the name of the Leonberger breed dogs is not associated with their origin, but simply with the color of their tawny hair.

In the same way, the option of being descendants of Bulldog crosses from Tibet, Newfoundland or Saint Bernard.

How is the Leonberger dog?

It is a shapely, large dog, strong and muscular. It is longer than it is tall. The color of its fur, which is most striking to the naked eye, ranges from the color “golden tawny” to reddish brown with a dark mask and dark tips.

It is not uncommon to see a white trace on the chest and fingers. Both its truffle and its pads are black, as are the edges of the lips and eyelids. His eyes range from light brown to dark brown, though ideally it should be as dark a color as possible.

The head is flatter on the sides and deeper than it is wide. Its muzzle is deep but not sharp. His lips, taut, are not usually hanging so the corners are tight and he barely drools.

Its ears are implanted high and glued to the head. He has a deep chest and a straight but barrel-less back. Their backs are strong and their legs are not very long. The Leonberger presents “hare foot”, which means that they have carpal lexity syndrome (difficulty walking due to excessive laxity of the carpal ligaments). 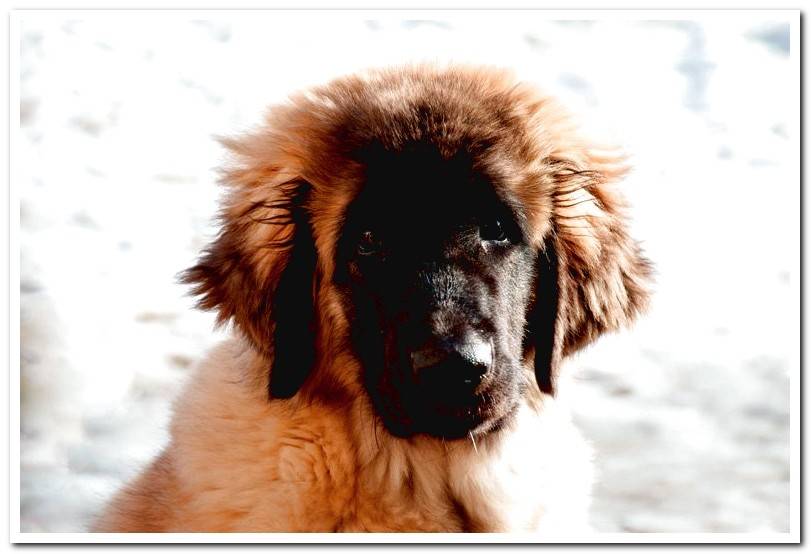 The Leonberger is characterized by being a friendly animal that generally gets along well with other dogs, even if they are of the same sex. That is to say, We are not facing a race that gives behavioral problems.

It gets along well with both children and adults. It is not strange that he brings out his intuition distinguishing the bad intentions of a person who approaches his environment for which, consequently, he usually responds. It has no hunting instinct, causing it to get along great with cats and other small pets.

We are before a race that is not difficult at all to train. It is important not to force or treat him with excessive severity since he is a noble, helpful and sensitive animal that usually responds perfectly when ordered to speak.

He obeys quickly and in a timely manner although he is not good at adapting to very long training sessions. Definitely, their training must be very balanced as well as firm and harmonious since it is one of the races that learns the fastest. The Leonberger dog breed adapts quite well to all types of climates, even warm ones.

Gastric torsion or stomach torsion is one of the most frequent diseases that large specimens usually present. So it is important to avoid feeding him immediately before and immediately after intense exercise. Also, they should not be given a large amount of food.

It is also common in large dogs that the hip dysplasia, which occurs when the exercise that we subject our friend is too strong. Other pathologies with which we can find Leonberger are ear infection, allergies, cataracts or cancer.

It is important that you get plenty of exercise because you need to walk regularly or run around in your own air since it is not a breed that distances itself from its master.