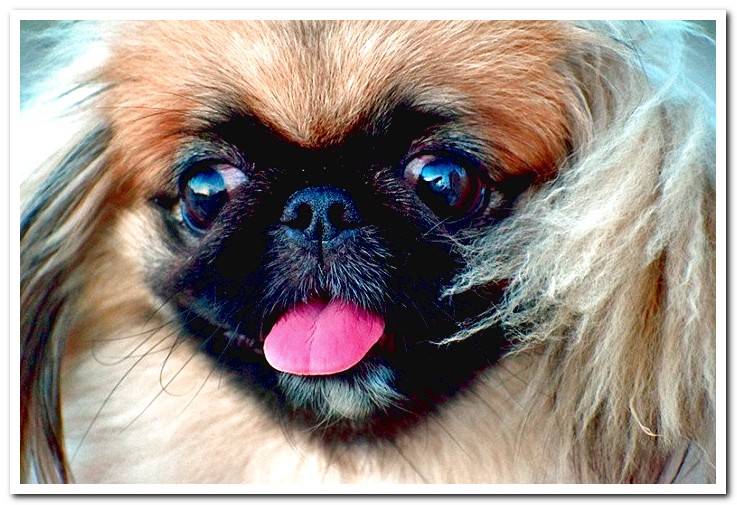 Also known as Pekingese or Lion Dog, Pekingese is probably one of the oldest known breeds. Its breeding and selection in the Chinese municipality of Pekin (Beijing) has been carried out for millennia.

The Pekingese stands out for its small size and abundant coat of hair, which gives it that curious resemblance to a small lion. Thanks to its affectionate and social character, it is one of the most widespread breeds as companion dogs. Do you want to know more details and curiosities? Let’s go there!

Physical characteristics of the Pekingese dog

The breed standard established by the International Cynological Federation describes it as a small, robust and balanced dog. The Pekingese’s head is large compared to his body. The truffle and muzzle are short. The eyes are round, with dark and bright irises. The ears, meanwhile, grow in the shape of a heart and hang from the head without reaching the muzzle.

The legs are short with knees almost close to the body, the front ones are more robust than the rear ones. On the other hand, the wide and flat feet, while the front ones are usually slightly deviated outwards. The position of its tail is high, firm and slightly curved towards the back.

The fur of the Pekingese it has a double, abundant and long coat. Often reaches the ground Although you should not prevent the dog from walking. The internal mantle is soft and dense, while the texture of the external one is rough and curved. Thanks to this, the dog seems more portly than it really is. Even the fur on the ears of the Pekingese is very abundant, at first glance “lost” in the rest of the coat.

As for the color, it is usually a mixture of cream, chestnut and reddish areas. Some specimens have a black mask on their faces. There are also black, white and brown Pekingese, either pure or with some spots on the chest. The liver and albino Pekingese varieties are not accepted as show dogs.

What is the character of a Pekingese dog like?

Despite its small size, you will be surprised to know that Pekingese is able to cope with large dogs. He shows a lot of character, is brave, lively and with a very sharp intelligence.

The Pekingese He is sociable and loving with the family, he loves to play and have a good time receiving pampering. She creates a strong connection with her masters and likes to spend a lot of time with them.

As for children, he usually tolerates them, although he does not like rough games, remember that he is a dog of royalty! He likes his independence and is capable of making decisions, even fulfilling the work of watchdog. He prefers not to be chased, it is he who decides when he wants to spend more time with the family.

Do not be scared by this, since it is very intelligent and sensitive, it knows how to detect when you are angry and that can make you sulk. With love and good care, you will be an example of affection.

Thanks to its small size, the Pekingese is ideal for urban life, whether at home or apartment. You can also live in the country, but your long cloak could cause problems for you if you get very dirty or get stuck in branches. 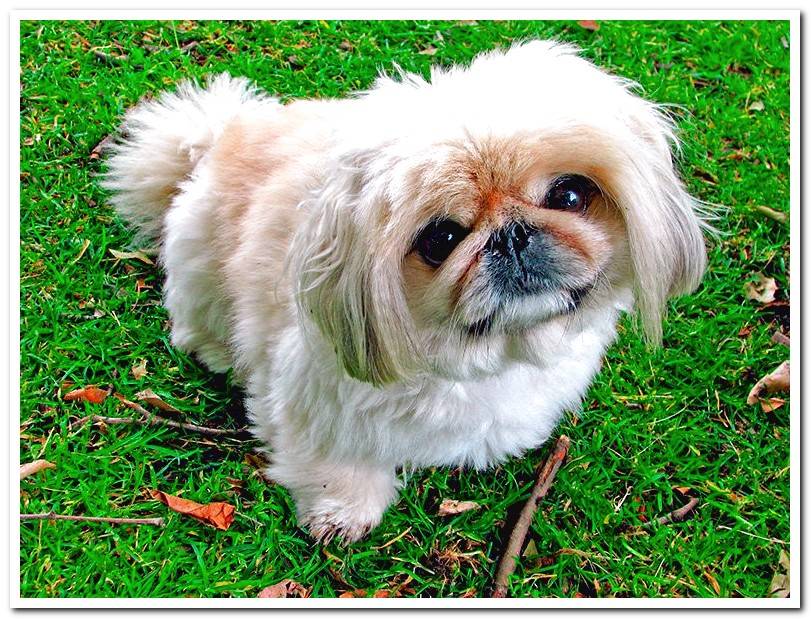 What care does the Pekingese breed need?

Training the Pekingese is not difficult, since it shows a lot of intelligence. However, it can be a bit stubborn if you want to authorize it, so you need to teach it with patience and affection.

Related content  How is an English Bulldo? With photos and video!

The positive reinforcement It will be your best partner in training and socializing. He prefers prizes in the form of pampering and limits dog treats, as the breed tends to be obese. A good option is to offer fruit as a reward.

As a puppy, start socializing with other pets and people. During the growth stage, consider the puppies to be very small, so be very careful when lifting them. Do not allow children to take them without your supervision. In addition, prevent the Pekingese from running down the stairs or trying jumps to high places, since it is very fragile due to its small size and short legs.

The Pekingese requires moderate exercise, do not force him on long walks. Thanks to his calm personality, he prefers games at home to going out to noisy places.

Usually prefers cool climates. If you live in a very hot place or plan to take it to the beach, remember to keep it in a
cool shade.

The Pekingese needs a I think of quality formulated for small breeds. If you prefer to give homemade food or a natural diet, consult your vet. Avoid calorie or carbohydrate and fat rich treats, prefers plain yogurt, unsalted hard-boiled egg and fruit.

Although feeding it is simple, the real challenge is to maintain the hair of the Pekingese. You must be willing to brush it 2-3 times a week, prefers for this metal combs with round tips.

Keep an eye out for the formation of knots and the appearance of ticks and fleas, as they hide easily in the fur. If brushing is difficult for you, consider going to the dog groomer.

As in other breeds, nail trimming and bathing is recommended once a month. His flat face with small eyes and short nose is prone to accumulate tears and mucus ; For this reason, once a day you should use a dry towel to clean your face. 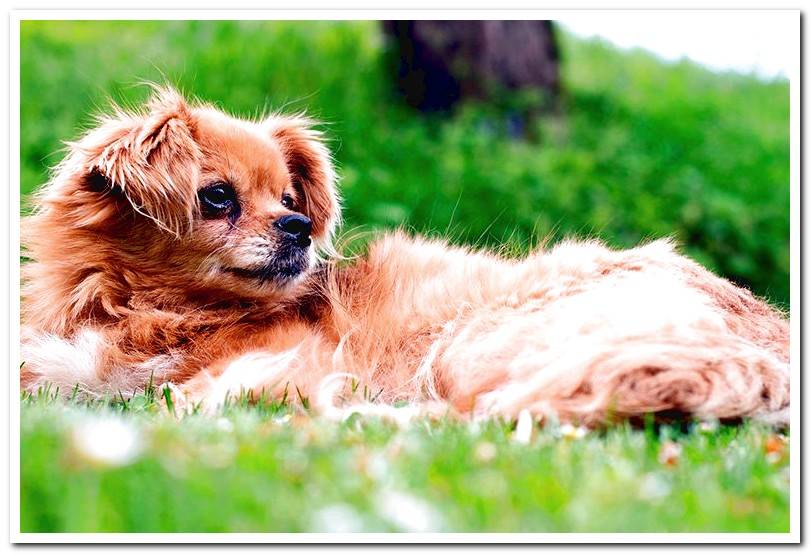 Common diseases in the Pekingese breed

If the Pekingese breed also stands out for something, it is because it does not suffer from genetic or hereditary diseases. Generally, very old breeds have problems of this type, but this is not the case.

You may be prone to getting the kennel coughBut this can be avoided with proper veterinary assistance.

Origin and history of the Pekingese breed

The exact moment in which the Pekingese breeding began is unknown, since the breed has existed in China for centuries. A myth claims that it was created by the Buddha, although it is most likely descended from medium-sized dogs bred by Chinese emperors. There it was called the lion dog or the sun dog, thanks to her profuse and beautiful mane.

In China, the Pekingese was a royal dog, as they were interested in the company of small dogs that could rest on the legs of emperors. During the Opium War, around 1860, the breed was discovered by the British Army. After the invasion, several copies were brought to Britain as a gift to Queen Victoria.

Thirty years later, the breed was introduced to the United States. Today it is one of the best known and appreciated dogs for its small and adorable size.

How much does a Pekingese cost?

From Dogsis we suggest you adopt a dog instead of buying it. With this action you contribute to giving home to an abandoned pet that will love you like any other dog.

The price of a Pekingese puppy is around 10,000 Mexican pesos (in Mexico) and between € 400 and € 1,900 in Spain, depending on the pedigree you have. Remember to always request the pedigree of your puppy and that of its parents.