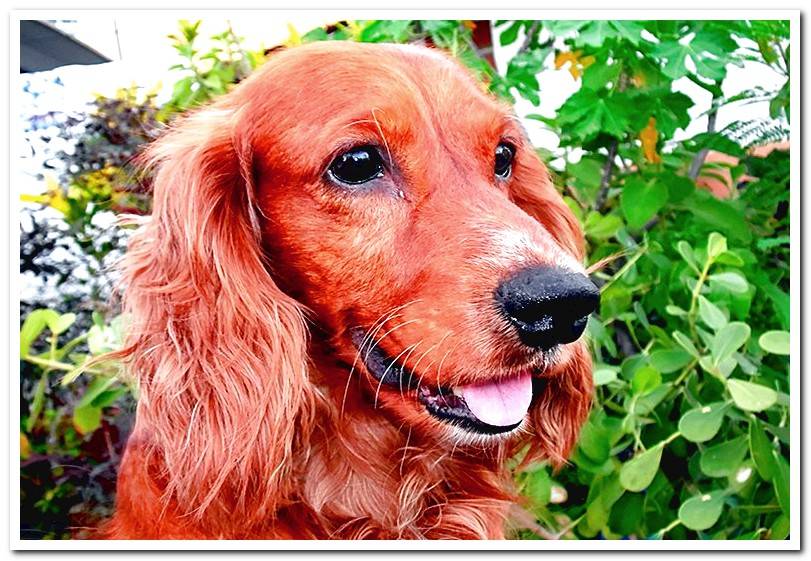 Little by little, and through selections that looked for certain characteristics, he derived in the breed that we know today.

Although the history of the American Cocker is relatively recent, its popularity has been increasing thanks to its excellent physical and temperamental qualities. Not surprisingly, it has become the favorite pet of many celebrities around the world.

It is an attractive dog and with a character that make it a really charming companion.

Physical characteristics of the American Cocker

The American Cocker Spaniel is a medium-sized classified dog, although it is the smallest in its category (hunting dogs).

It exhibits a smooth and wavy coat, even longer than that of its cousin, the English Cocker; with very characteristic fringes in the area of ​​the ears, legs and abdomen; which gives it a peculiar and very attractive bearing.

His gaze is sweet and tender, a common feature of Spaniel. The American Cocker Spaniel, being smaller than its predecessor; maintains a proportionate and compact appearance.

Its muzzle is flatter and higher; although it keeps the ears long and hanging. Its color varies from compact black to black with white spots on the neck and chest. Dark red is also abundant, as well as brown with tan spots in these areas.

The FCI, supports mixing of two solid colors, as long as one of them is the target.

The life expectancy of the American Cocker Spaniel must be between 12 and 14 years.

According to the International Cynological Federation, the American Cocker Spaniel is included in group 8 (hunting dogs, water dogs and game lifters).

However, for the AKC (American Kernel Club), it is in group 1, that is, it is classified in the category of sample dogs.

There are documents that date the arrival of the first English Cocker Spaniel in North America back in 1620, on board the Mayflower cruise ship. However, it will be from 1800 when they begin to arrive more fluently in the United States and Canada.

Since then and throughout the 19th century, the breed will spread and breed throughout North America.

Little by little, and from the hand of some American breeders, the breed would derive in a line that was moving further and further away from the original. Especially geared towards winning dog show competitions. 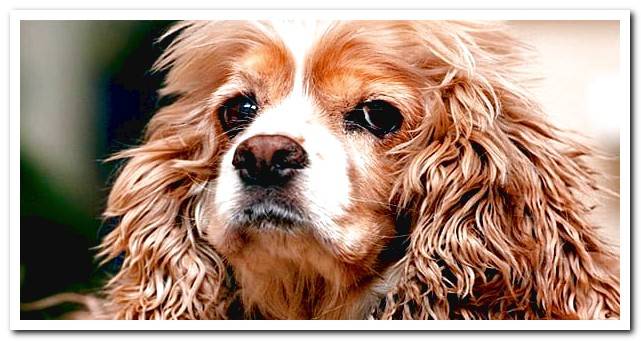 Then there is a split between breeders who wanted to preserve the original hunting line and those who preferred to turn the Cocker Spaniel into a dog destined to compete with guarantees of success in the exhibitions of the time.

As a result of this split, the demand that both lines be recognized as different races, prohibiting even the crossing between the two.

The American Cocker Spaniel is a loving, cuddly, happy dog. He is also calm and balanced and, unless he is ill, he will never miss the opportunity to play to pick up the ball or to go outside; direct inheritance of his past as a collection dog.

He demands and offers affection in equal parts, which he distributes without measure, but with great tact and without being overwhelming, especially children and even other animals.

It doesn’t do any good to skip any of your regular walks, and nothing puts you in a greater state of excitement than hearing the word “street” in the mouth of your master.

Special care and health of the American Cocker Spaniel

One of the greatest care that the American Cocker Spaniel requires is the maintenance of its magnificent coat.

Although dogs do not need to be bathed too frequently, (once or twice a month), we must ensure that they are clean and brush them daily at least once.

Nor can we spare visiting with our furry friend the dog groomer, who will know how to properly cut, wash and groom his fur and, incidentally, we can learn the best way to do it ourselves.

With these cares, we will not only prevent it from showing a neglected appearance, but also possible health problems, such as mite infections and other pathologies to the poor care of the coat, undesirable for us and for him.

Attention to your ears

It is also convenient to pay special attention to your ears and check your ear frequently; especially after each walk, observing that no foreign body has been introduced into it.

There are products and methods of ear cleaning in dogs that our vet will recommend, which serve to prevent problems derived from poor hygiene in this delicate area. It will also indicate the best way to clean it.

The American Cocker Spaniel and Spaniel in general are somewhat more likely than other dog breeds to suffer deafness in one or more ears. In some cases, it is a hereditary problem, but in others it is due to avoidable external causes and, in any case, proper care and periodic reviews will help us to take measures to alleviate or pr
event the problem.

The eye area is another part that will require special attention. Ailments such as cataracts, glaucoma, associated conjunctivitis or electropion, are somewhat more frequent in this breed. The solution is to pay attention to your eyes, checking that there are no redness or irritations or foreign bodies and, of course, keep regular appointments with our vet.

Another common problem in the American Cocker Spaniel is patellar dislocation. It is an unusual displacement of the knee, which causes a lot of pain and can degenerate into arthritis.

In most cases, it is due to hereditary causes, but a diet that avoids being overweight, as well as regular and moderate exercise, will undoubtedly delay the appearance of the disease and minimize the damage that it can cause.

Today, we have very good veterinary treatments that can help us prevent it and cushion its symptoms.

How to educate and train the American Cocker Spaniel

The American Cocker Spaniel is an intelligent dog, eager to please and very predisposed to new stimuli. This natural disposition greatly facilitates their education and training.

The sweetness of the American Cocker is an added advantage, since it constitutes an attitude that can facilitate the process, saving us time and effort.

However, despite its docility, we must know that the American Cocker Spaniard is also, when he wants, a stubborn dog, (inheritance perhaps from his past as a hunter), so if we do not provide him with the appropriate stimulus, the task will become much more arduous.

Educating and teaching our Cocker, involves, in addition to a high percentage of common sense, the correct understanding of canine psychology.

Consistency and patience are essential, however, it will be useless to repeat a method that is not working, much less resort to aggressiveness, threat or physical punishment.

We can make ourselves understood so that our furry friend knows what is expected of him at all times, using positive reinforcement as the main tool.

Of course, we must be inflexible and sharp when the situation requires it, always acting in the same way to create stable and clear associations in our friend.

But we will never abuse our position, nor will we make him feel haunted, cowed, or belittled. In addition to being a crime, dogs do not respond well to these methods that they only manage to foment disorders and aggravate the problems that they are intended to correct.

Today, we know that even gregarious-type wild animals, such as the wolf, are leaders of the pack by spontaneous acceptance of their fellow creatures, rather than by their physical strength or their ability to impose themselves on the rest.

It is naturally chosen for its qualities to find water and food and to use its strength and character to avoid disputes between the members of the herd, ensuring the harmony and unity of the herd, which is a guarantee of survival.

In summary, we can affirm that the American Cocker Spaniel is an excellent companion animal, cheerful, tender and affectionate, a little obstinate, with a striking and magnificent coat, a great lover of games and nature.

In short, a dog that, if we treat and care for it as it deserves, will give us many good times, undoubtedly increasing our quality of life and ours.