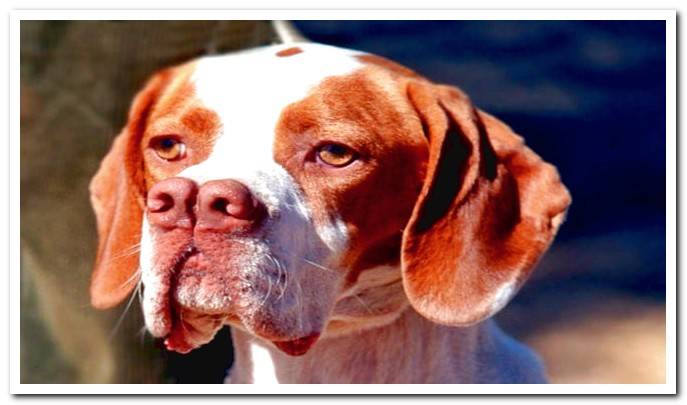 The Pachón Navarro also called Navarrese retriever or old Spanish pointer, it is one of the most important dog breeds peculiar that exist, for a curious physical feature of its muzzle that makes it also known as the two-nosed dog.

An excellent hunting dog capable of adapting without problems to the calm family life, although it requires long walks and exercise since it is very active. Of good character and behavior, he does not usually have health problems.

ANDThis mountain hunter is an intelligent and calm dog, very hard-working and extremely loyal. To stay in good physical and mental condition, Pachón Navarro needs to be always busy and develop a lot of physical activity with which burn your inexhaustible energy.

DThe behavior of the Pachón de Navarra is exemplary within the family. He is docile and sociable at all times, especially if he is used as a puppy to be in the company of people and other dogs.

Accustomed to living and hunting in a herd, it does not have a territorial character as marked as other breeds, that is why it does not usually have temperament problems when it comes to sharing its space.

Friendly and rarely aggressive, the Pachón Navarro is a great companion for the house and very affectionate with children. 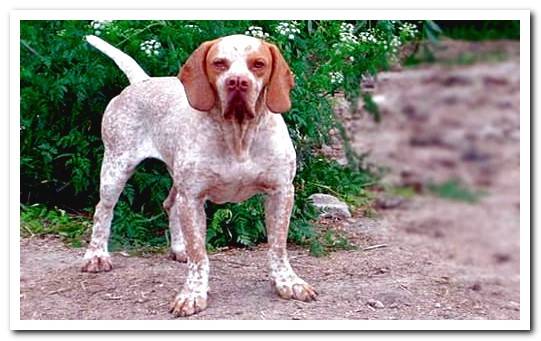 Is a dog large, with a height at the withers between 50 and 60 cm and a weight that moves in a fork of 20-30 kg. its morphology is robustto and compactto, with broad chest and some somewhat short extremities in relation to the rest of the body.

On the head stand out his large eyes, of frontal gaze, and his huge flat ears that fall forward. PBut above all his “double nose” is striking. In fact, it is a broken nose, a congenital trait of this breed that does not in any case constitute a defect or impair its olfactory capacity..

His hair is short, hard and thick. The cape can be of a single color or of several, always playing with the shades of white, dark brown, gray and black. Similar in general appearance due to its characteristics to the English Pointer.

¿How to educate a Pachón Navarro?

The training of the Pachón Navarro You should start when éThis is still a puppy, important aspect to achieve its correct socialization. From there, your training will be different depending if the dog is to be used for hunting or all right as a companion dog.

In any case, we are before a race that shows at all times a great disposition to learn, so their education is always a pleasant task. To get the best performance from our Pachón Navarro it is better influence stimulating the instincts natural of the dog. Some patience, perseverance and positive stimuli are the ingredients basic of the recipe for the success.

Care of the Pachón Navarro

The Pachón Navarro is a resistant dog that is in good health, although it has a hard time adapting to life in hot and dry climates, so different from the mountains where this breed has been living for centuries.

You need a good dose of daily exercise to be happy, healthy and mentally balanced. It is essential that our Pachón Navarro have a garden or an outdoor space to run and exercise your muscles

Your hair should be brushed at least once a week to keep it shiny and free of dead hair.

It should also be noted that in the puppies its correct feeding must be carefully watched, since the Pachón Navarro is prone to decalcification processes at an early age, which can lead to growth problems in the long run. On the other hand, the peculiar broken nose of This breed can sometimes make sucking difficult for lactating puppies.

ANDhe life span of the Pachón Navarro is around 12-14 years old.

The Pachón Navarro bears his hunting origins in his character, which shows in his close relationship with his owner and his willingness to take orders.

In hunting he is an expert sample dog and collector of pieces, both hair and feather, capable of adaptake to all kinds of rough and rugged terrain. By TodSo these and many other virtues There are many hunters who currently choose a Navarra Pachón to accompany them on their hunting days.

Beyond these hunting qualities, el Pachón Navarro also has sufficient virtues to be considered a good watchdog.

For centuries this dog was used to hunt partridges and other birds in thes mountains from Navarra, near the French border, although it was almost completely extinct about 70 years ago, when an epidemic of myxomatosis decimated its population.

However, there were survivors and from them they could re-breed specimens of Pachón Navarro. Despite this, it is still a very little known dog and difficult to find outside of its natural historical region.