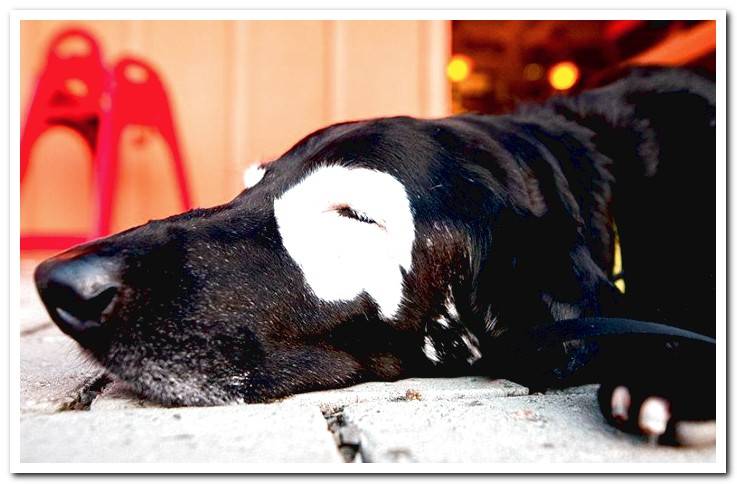 Simply put, vitiligo in dogs is hypopigmentation. It is not a very common disease in this species. In fact, there is confusion between this pathology and nasal depigmentation, because the symptoms of both conditions are similar.

Given that this is a rare condition that is easily confused with another, it is not always easy to reach a diagnosis. To complicate the picture, there is currently no effective treatment against it. But let’s see in detail how to identify it and what we can do in the event that our dog suffers from it.

The fundamental characteristic of vitiligo is the depigmentation that it causes on the skin and hair. This will become more visible on the face. Especially around the muzzle, on the lips, on the nose or even on the eyelids. Also, vitiligo is a progressive disease.

Affected dogs will be born perfectly pigmented. But, as they grow, the coloration in the mentioned areas is lightening and losing intensity. For example, a black born dog will change to a chocolate brown color.

Why does vitiligo occur in dogs?

Since vitiligo is a rare disease, the truth is that little information is yet available on its causes. Some theories point out that may be due to an autoimmune problem. In this type of disorder, the immune system generates cells that go to attack the own organism.

Specifically, we are talking about antimelanocyte antibodies. The melanocytes are the cells whose function is to produce pigments. For example, they are the cells that provide the dark color that many canine truffles have. The existence of antibodies against them implies that the melanocytes will be destroyed.

In this way, without melanocytes, the coloration is impaired. The consequence is depigmentation. Finally, it should be borne in mind that some experts point out that nasal depigmentation would be a form of vitiligo. 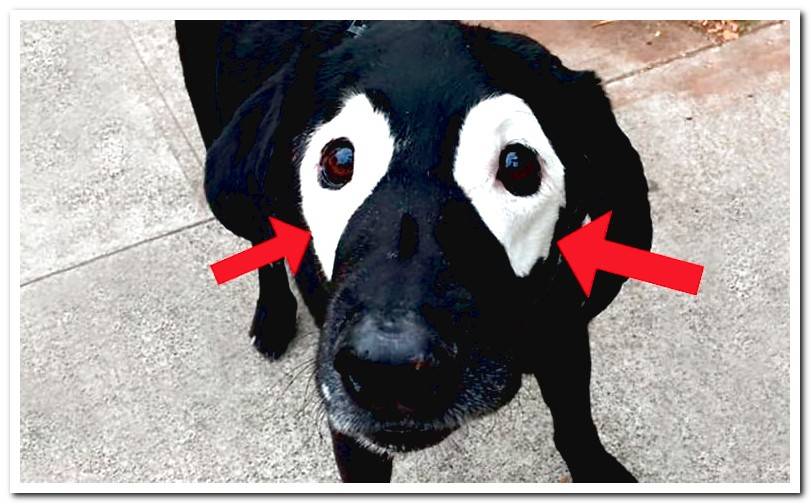 Which dogs have vitiligo?

The ignorance that still exists about vitiligo does not make it possible to establish dog breeds more or less prone to suffering it. But, given the possible relationship with nasal depigmentation, perhaps the breeds that suffer from this pathology are more likely to suffer from vitiligo.

Would specimens of Afghan Greyhound, Samoyed, Irish Setter, English Pointer, Poodle, White-haired German Shepherd, Doberman, etc. In some breeds such as the Siberian Husky, Labrador or Golden retriever, a disorder occurs that can be confused with vitiligo.

It is called snow nose or snow nose. It consists of a lack of pigmentation in the nasal region. It is normal that, in this case, it is not total. It is only appreciated during the winter and the coloration recovers, in general, with the arrival of spring. Hence the name it receives.

What symptoms does vitiligo produce in dogs?

The only symptom that a dog with vitiligo will present is the lack of pigmentation. This is appreciated, especially in the face. Specifically, on the eyelids, on the nose and on the lips. It may be more or less obvious. Otherwise, the dog will not show any other signs of illness. 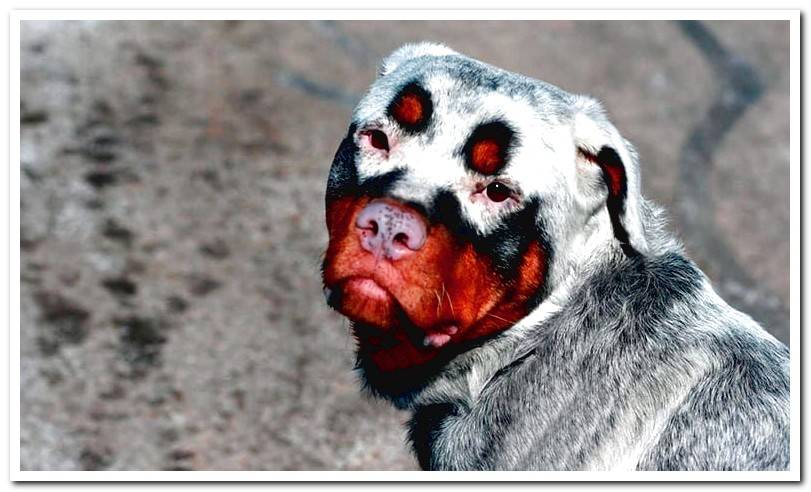 How is vitiligo diagnosed?

To find out if the depigmentation of a dog is due to vitiligo, you have to take samples and send them to the laboratory for a pathology study. Of course, it is a procedure that can only be done by the vet.

Therefore, the visit to this professional is mandatory. This laboratory test is the one that will allow to identify the vitiligo, confirm it and, thus, differentiate it from nasal depigmentation.

What is the treatment to cure vitiligo?

Vitiligo is a pathology that, today, has no treatment. In principle, the main problem of this disease is restricted to the aesthetic field. This does not prevent the dog from developing a normal life. Only those specimens of breed dedicated to participating in dog shows could be affected.

Vitiligo or nasal depigmentation are considered, in these competitions, a defect. We cannot treat vitiligo but we must avoid sunburn in areas that have been left unprotected by pigments.

For it, we will not expose the dog to direct sun. In the hot season we can resort to the use of Sunscreens. Of course, always following the veterinaryn’s prescription and using products suitable for use in dogs.