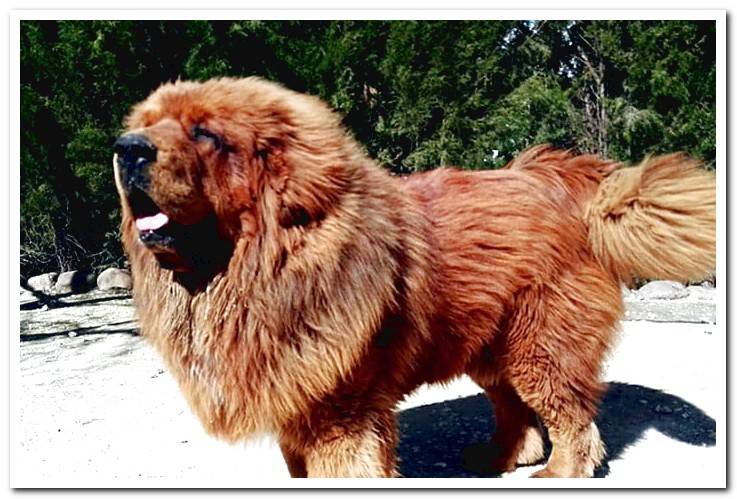 The Tibetan Mastiff, also called the Tibet Bulldog, is one of the largest and oldest breeds that exist. You will recognize him by his muscular and imposing body, but especially by the large lion’s mane that accumulates around his neck.

Despite its Asian origin, today you can find it worldwide. It stands out for being a good guard and companion dog, although it requires very specific care. Do you want to know everything about this impressive breed? We show you!

The Tibetan Mastiff is known by two other names: Tibet Bulldog and Do-Khyi. Its origin has been impossible to determine, since it has existed in Tibet for millennia, but the isolation of this territory prevented it from spreading to other areas.

exist records of its existence in texts by Aristotle and in the writings left by Marco Polo after making his trips. Already at that time, the Tibetan Mastiff was distinguished by its imposing size.

In the surroundings of the Himalayas and the temples of Tibet, it was used as a guard dog. It is possible that this breed will derive the other mastiff varieties that are known today.

Despite the texts that record their existence before Christ, the race took centuries to leave Asia. Only in 1847 was it brought to England, and a few years later two specimens were part of the exhibition at the Berlin Zoo.

Is about a breed of giant size and very stout, the construction of the body is molosoide and muscular.

According to the standard indicated in the International Cynological Federation (FCI), the Tibetan Mastiff has a strong head, it is common to observe a wrinkle on the face of adult dogs.

The muzzle is wide and deep, topped by a dark truffle of dilated nostrils. The jaw is rectangular and has a scissor or clamp bite, that is, the upper and lower dental row fit perfectly.

The eyes of the Tibetan Mastiff are oval and the iris appears in different shades of brown. The tail is woolly and curved, it rests on the back. In addition, the ears are triangular and fall on the face.

Thanks to its abundant fur, it is compared to a lion or a large bear. The coat is double, the outer layer is medium length with a rough and dense texture, while the inner layer is woolly. The hair is hard and accumulates in greater quantity and length around the neck, giving it an imposing mane. Do you want to know how to differentiate an authentic specimen of Mastiff from Tibet? Just look at the standard: FCI Tibet Mastiff Standard.

Regarding the color of the coat, it appears in different shades: black with reddish areas, bluish with golden areas or saber, similar to the German Shepherd. There is also the Black Tibetan Mastiff, with a few reddish spots around the eyes, muzzle, and tail.

The Tibetan Mastiff He has a strong but bearable temperament. It stands out for its intelligence and for being a loyal dog to its family, since it is territorial and protective.

This same territoriality must be prosecuted as a puppy with a good socialization, because its character could get out of control. Considering its size, this is not recommended.

It is a brave and independent dog, capable of making decisions on its own. Although sweet and devoted to the family, he is cautious with strangers as he serves as a watchdog.

Necessary care for a Tibetan Mastiff

The Tibetan Mastiff not a dog for all families. First, requires a spacious place to live, not recommended for small floors. Houses with large patios or country houses are the ideal environments for him.

The abundant coat demands that it live in cool and even cold climates. Although it is adapted to develop anywhere in the world, low temperatures are more pleasant to you It is not a suitable dog for warm places such as central or southern Spain.

Despite its large size, it requires moderate physical activity. Daily walks are recommended, without forcing distances or forcing him to run. Long-winded activities, like playing ball for hours or chasing recor
ds, are not your thing. However, he tends to be more open to games during cold weather.

It is not recommended that you take him for a walk without a leash, since his tendency to make his own decisions and his territoriality could lead him to fight with other dogs. Also, a loose dog of this size can scare your neighbors.

As for training, start at a young age with the main commands, you will learn them very quickly. It requires that you arm yourself with patience and decision, The Tibetan Mastiff usually decides on his own if the order given does not convince him.

For this reason, not recommended for people with no dog training experience. Rarely responds to training based on treats or edible treats. 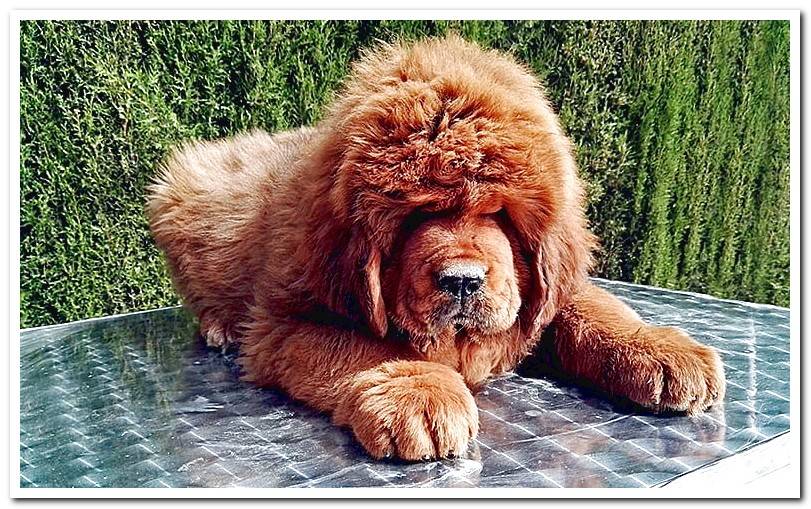 Common diseases in the Mastiff breed of Tibet

It is usually a strong and powerful dog, although it is recommended that you stay alert to the appearance of these ailments:

Thanks : Thanks to Kart-juva Dogo del Tibet Breeder for the nurturing images. https://www.facebook.com/kartjuba.dogodeltibet