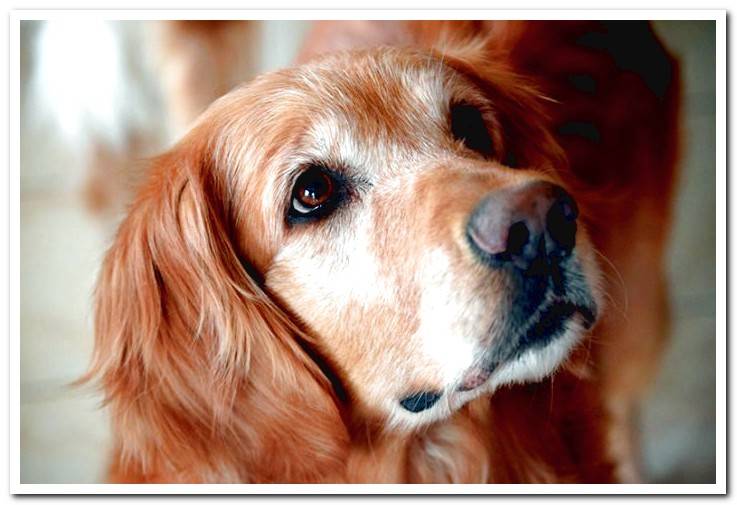 Her protective instinct and captivating personality explain why Golden Retievers are so popular in the world. These dogs love children, whom they often accompany in games and mischief.

Their beautiful fur and their versatility to perform all kinds of tasks are other characteristics that define these blondes from the canine universe. Do you want to know all the details of the breed? Let’s go there.

Physical characteristics of the Golden Retriever

The first thing that stands out about its appearance is its balanced line. Golden Retrievers have a medium-sized body and an athletic build, without being overly muscled. Its neck is slender, with a short and strong back. The chest is deep and not too wide.

The legs are straight, the rear ones being the most developed. The round feet are compact like those of cats. Hocks, on the other hand, are close to the ground. The tail is long and does not curl at the end.

The head is proportional to the rest of the body. With harmonic features, it is well molded and stylized. The skull is broad and fairly rounded, with a straight and deep muzzle; the truffle is usually black and developed. The eyes are well separated from each other and are dark brown. The medium ears are implanted at eye level and hang on either side.

The cloak of these collectors is very dense, double-layer and waterproof. The internal one is abundant and soft, while the external one is firm, quite close to the body and with straight or wavy hair. This variety has some plumage on the neck, behind the legs and under the tail. The color is glossy and golden in all its ranges. 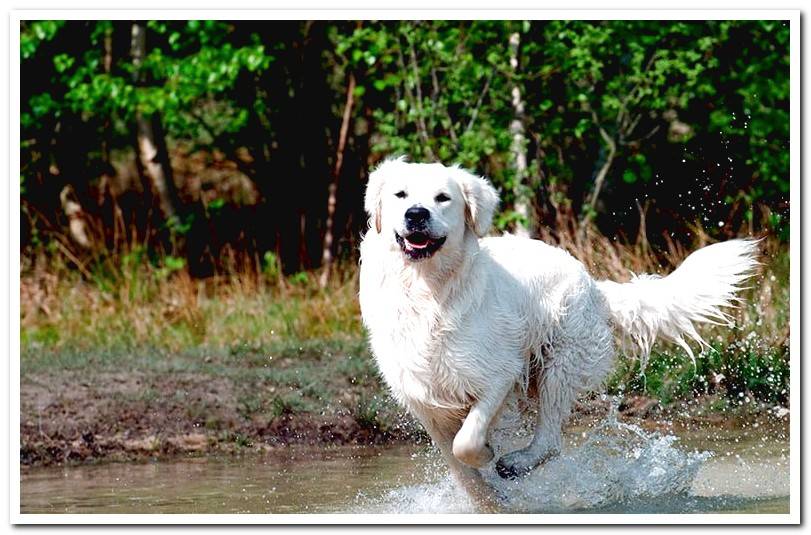 This is the personality of a Golden Retriever

The Golden Retrievers they are intelligent and very sociable, two characteristics highly valued in a can. It will not cost you to integrate as one of the family, sharing the day to day of the home. Avoid leaving them isolated in the yard for long periods, as they need to live indoors.

Puppies take a long time to mature. In fact, it is a process that can take up to three years. However, even as adults they love to play and have fun. Although they are not violent or dominant at all, they are somewhat clumsy. Therefore, you must remain vigilant when they are with very young children.

Balanced and calm, they are very sensitive and adapt to the personality of family members. In fact, they are capable of establishing particular and significant relationships with each other.

They are also kind and open dogs with strangers. They have an innate need to make friends. It doesn’t matter if they are human, dog or cat. They are great hosts, even with those who shouldn’t. So, not a good choice as watchdogs.

Their desire to please and their innate intelligence make training easier than with other races. Yes, you must present mental challenges and avoid very repetitive exercises. Positive reinforcement and early socialization will allow you to get better results.

What care do dogs of this breed need?

A Golden Retriever requires between 40 and 60 minutes of intense activity a day. Going for a run, swimming and canine sports are good ways to channel your energy, although they seem tireless.

They can adapt to life in a city flat, as long as their exercise needs are well covered. Otherwise they will become destructive or neurotic. Whether in the backyard or in the park, their favorite game is to fetch the ball, an activity that reminds them of their original purpose as a bird catcher.

For this same reason, they like to walk around the house with things in their mouths. Ideally, get them big dog toys. With a Golden Retriever, forget about having valuable objects in sight.

Its growth rate is abrupt, especially in its first four and eight months of life. During this stage, watch out for overexertion. Also, up to 2 years of age, prevents them from running on very hard surfaces (it could damage your joints).

On the other hand, these browns lose a moderate amount of hair. The fall is most marked during its two annual molts, which are in the fall and spring. Ideally, to prevent dead hair from accumulating at home, you should do a daily brushing.

Baths are recommended once a month, although you should also clean them after taking a walk in the countryside. Ah! And control that no ticks between its abundant fur. Check their ears with certain frequency, this way you will avoid the appearance of fungi or infections. 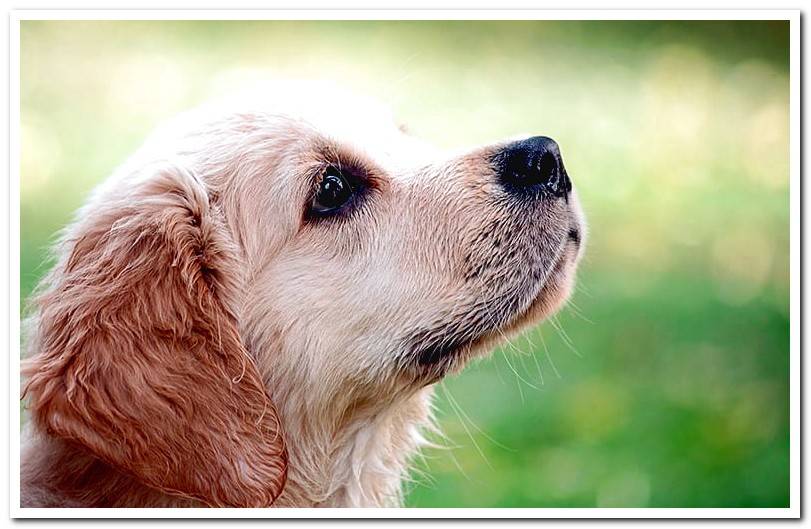 This breed emerged in the 19th century, in the Scottish Highlands. The first Lord of Tweedmouth, Dudley Marjoribanks, spent 50 years of his life trying to develop the perfect dog : That it was suitable for hunting, but also to accompany the human being at home. Some of the dogs that were crossed for this purpose were the now disappeared Water Spaniel, the Irish Setter and the St. Hubert Hound.

The first copies of Golden Retriever were presented in the dog show of the year 1908, under the name of Golden or Yellow Retrievers, although over time only the Golden remained. The breed was quickly recognized in Britain for its physical attractiveness, its qualities as an aquatic prey collector and its friendly disposition towards people. All the time dedicated by its creator ended up paying off.

Many claim that Golden Retrievers have a “soft mouth.” That is, they have the ability to carry things between their teeth without damaging them. This is true, although they must be trained to do it correctly.

It is a very popular breed in the United States, so we can usually see it on television and in the movies. Comet the dog, from the series “Forced Parents”, or Buddy, the basketball hound of the successful children’s film “Air Bud”, are some of these stars.

Unfortunately, the high demand for these dogs has led to indiscriminate breeding. This means that adequate control of litter health is not always carried out, which favors the appearance of genetic diseases. So if you want to adopt a Golden, look first and foremost for a professional breeder you can trust.