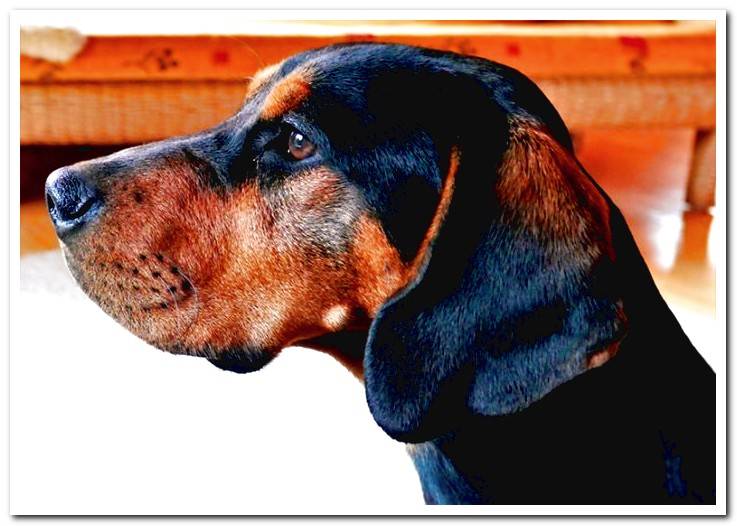 The breeds of hounds stand out for their great physical resistance to spend long hours chasing their prey and for their great sense of smell. Another of their main characteristics is their obedience, something that allows them to coordinate well with humans during hunting.

Precisely this quality makes them great companions in the domestic sphere. Let’s see what are the top five breeds of hound dogs today. 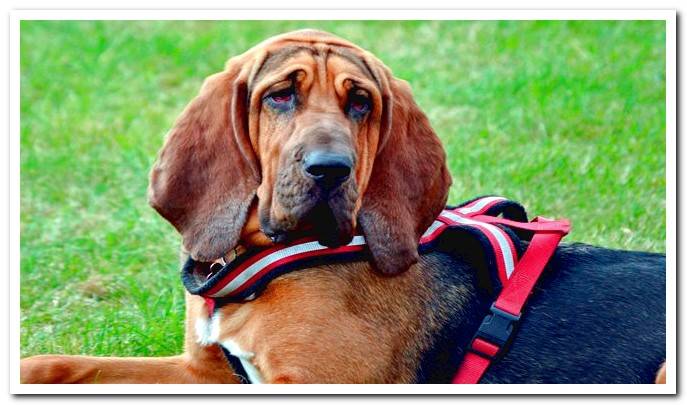 The sensitivity of its sense of smell is legendary. Some claim they can identify and track odor traces for up to 15 days. Regular companions of European nobles during the Middle Ages, they made a name for themselves in America as relentless trackers of slaves fleeing cotton plantations.

They were raised by the monks of the St. Hubert Monastery in Belgium, and is one of the oldest hunter breeds out there. Physically, they are immediately recognized by their wrinkles, hanging jowls and long ears. They are large in size, with a body longer than it is tall.

At home they show a friendly temperament with their own and strangers, so they are not recommended as guard dogs. With the family they will be very loving, especially with the little ones. They also establish good relationships with other dogs and animals. Her short, close-cropped hair does not need much care. On the other hand, they do drool excessively, a detail to consider if you are a cleaning maniac.

Although its ancestors date back to the 10th century, this breed was developed in the English countryside more than 200 years ago with the purpose of helping in the hunting of the red fox, a true plague of the time. They are medium in size, with a characteristic white, black and tan (light brown) coat.

Despite being extremely energetic individuals, they can adapt well to domestic life. They are friendly with adults and children, although they can be a little clumsy with the little ones. Being bred to hunt in packs they will get along very well with other dogs.

It is the ideal companion for those who love to run or go out to the field frequently. His hunting instinct is very present, so you must use a leash so that he does not chase small animals. Foxhounds have a very loud bark and are often good alert dogs. Adoption is not recommended if you live in a small flat. 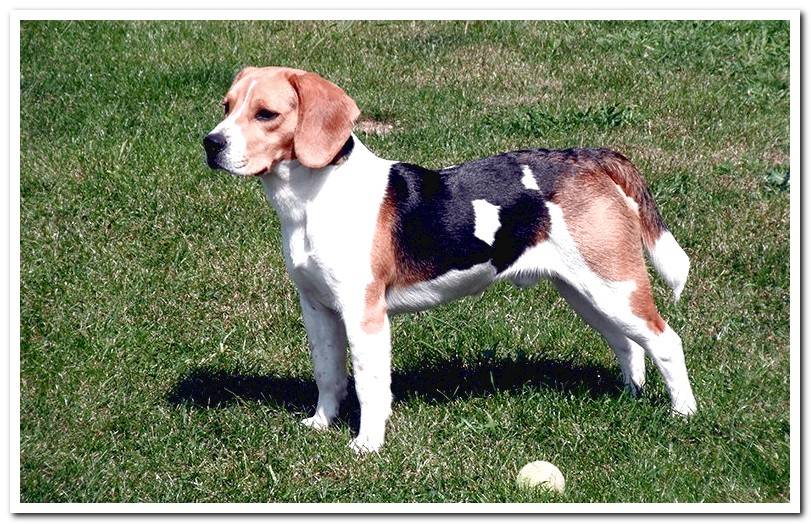 Originally from Normandy in western France, it is believed that their origins date back to 1200. For centuries they were used to hunt hares, rabbits and foxes. Harriers are large and heavy specimens, They do not stand out for their speed but for their resistance in all types of terrain. And, of course, because of his great nose.

Their devotion to the family is total, especially with the person who spends more time in the form of games or walks. Although they like being part of the home, they will not demand much attention from you, as they are quite independent. For this reason, they can be somewhat stubborn; their education must be firm and begin at an early age.

Having great exercise needs, they do not adapt well to small spaces. Garden houses or chalets on the outskirts of a big city are the most suitable places for them. Daily departures are mandatory and always on a leash to prevent small animals from chasing. With other dogs they will get along great They are raised to work as a team. Of course, do not let them get bored, because they will begin to bark, dig or bite excessively.

Related content  Psychological profile of an animal abuser How to recognize them? 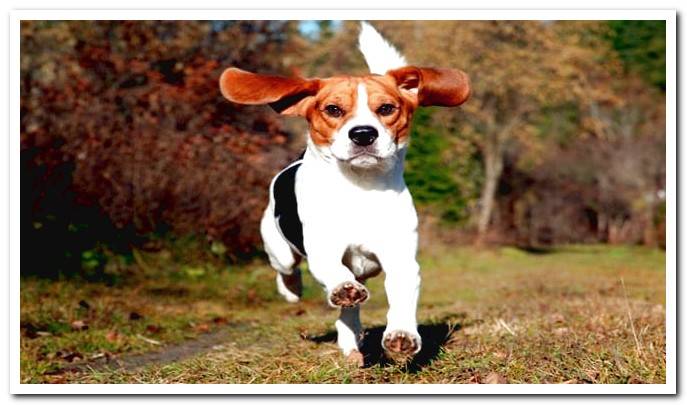 These English hounds are believed to have descended from the Talbot, an already extinct variety of hounds whose origins date back to the Roman Empire. Its compact body, its hair attached to the body and its long ears are its hallmark. Too small to catch up to the swift foxes, British peasants employed them to catch hares and rabbits. Over time, they evolved as companion dogs.

This trend It is recognizable in its adorable character, because they are very friendly and funny. At home they are always waiting to attract attention to give or receive affection. Do not ignore them, because you will awaken their most mischievous side and they will seek to steal food, escape under the fence of your garden or howl without stopping to be listened to. Beagles are very vocal dogs, which can become overwhelming with their barking if they are not properly trained.

They love to eat and you must take care of their diet so that they do not have overweight problems. Do not disturb them when they are in their feeder, as these dogs take the ritual of food very seriously. Its great olfactory sensitivity often controls its temperament. Therefore, they have to be well tied during the outings so that they do not run after a pleasant aroma. Their sense of smell is used to detect people around a property, but they are too friendly to be good guardians. 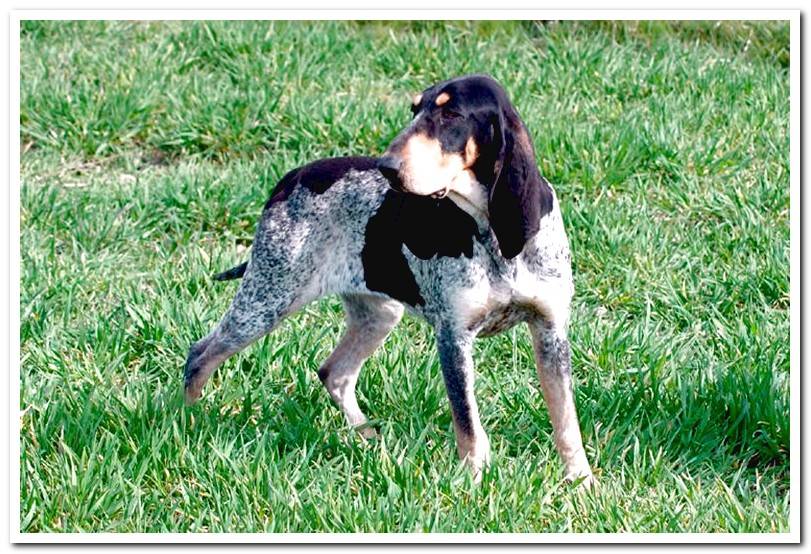 Recognizable for their height and for their beautiful white mantle speckled with black dots, these imposing hounds emerged in the Middle Ages. Members of the French court preferred other breeds as companions during wolf, boar, and bear hunting games. His tracking ability and physical endurance are proverbial; some chronicles claim that they could chase their prey for hours.

In family life they behave in a docile and affectionate way. They get along very well with children of all ages and with other dogs. It is in their nature to work in the form of a herd. They also need a strong leader and a strong education so they don’t become too rebellious.

Due to their size, they are more suitable for those who live in towns or in a rural environment. They are dogs with large reserves of energy, which need long daily walks. Although they are not aggressive, they should always be on a leash in public places, as they tend to chase all cats, small dogs, and other animals they encounter.

Well, after knowing the characteristics of each breed, tell us: which of these five varieties of hound dogs is your favorite?