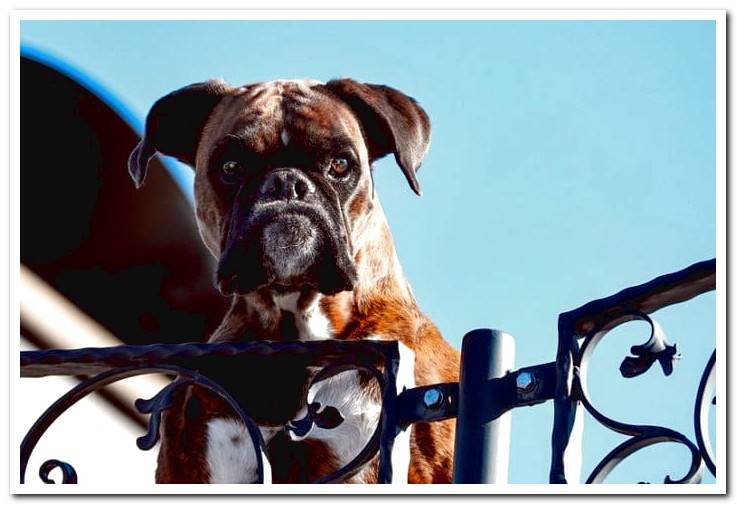 Although any dog, be it a breed or a mongrel, can be an excellent guardian, we can highlight certain breeds and their crossbreeds as especially capable of performing guard duties.

That a dog fulfills this task effectively is not synonymous with the fact that it must live isolated from the family or that it can be treated as a mere alarm. All dogs need the same care and attention.

What do we understand by watchdog?

In this article we will refer to those dogs that seem to have aptitudes to watch and defend their territory. This allows them to quickly detect potential intruders, sound the alarm, protect their home and family, and may even attack if necessary.

That a dog has characteristics for the guard does not mean that it is not suitable for family life and that it should be chosen only to monitor properties. In fact, all dogs regardless of their abilities need to be integrated into a home, well socialized and with a lot of contact with humans. 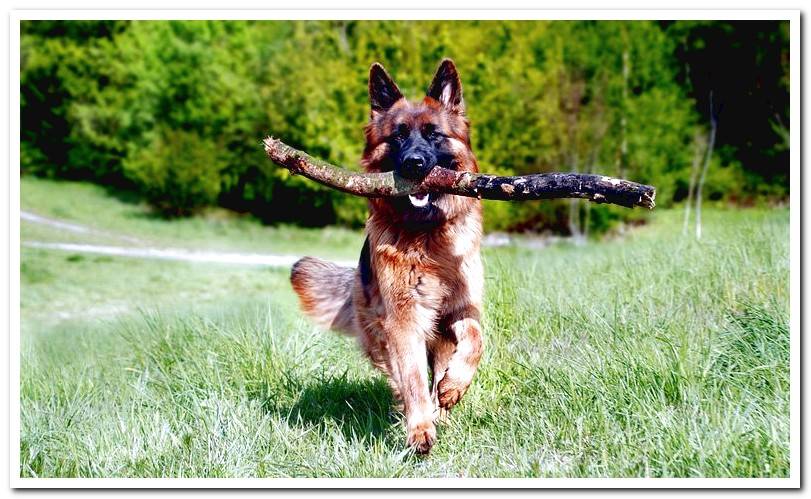 As its name suggests, this dog is native to Germany, where it appeared in the 19th century. At first it was used for the surveillance of flocks of sheep but, over time and with its wide extension, its activity has diversified and today we can find them as a company, assistance, security, police, etc.

Although we have a mental image of the appearance of the German shepherd thanks to its television and film popularity, the truth is that there are different varieties with colors that include white or black, in addition to different lengths of the coat.

Related content  How to Educate a Puppy - Complete Beginner's Guide

It is a dog that can live outdoors but also adapts to urban environments. Good student of any training, needs a lot of activity. Is good guardian thanks to the protective instincts he has maintained since his days as a cattle herder. His alert character and intelligence help. 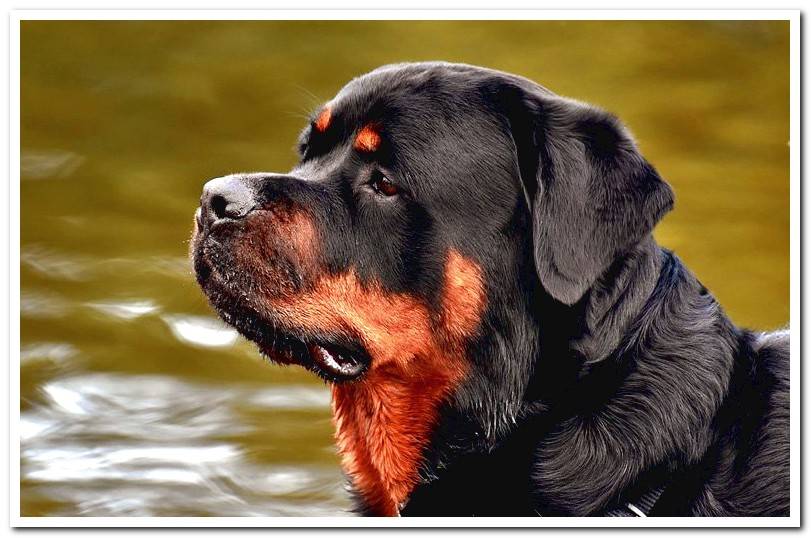 The Rottweiler is an imposing dog, with powerful jaws, which enjoyed great popularity a few decades ago. It also originated in Germany in the 19th century and its first job was keeping cattle and hunting wild boar. Today it is a companion dog, which is also required for surveillance or police work.

This breed, like others we have mentioned, is considered to be potentially dangerous. This implies that its possession requires the completion of administrative procedures and taking out insurance. In addition, they are dogs that must always walk on a leash and muzzle.

It is a large and robust dog. His short-haired cloak does not need much care. He does need a lot of activity, although he can live in the city. Applied, obedient and good guardian thanks to his bravery, which dates back to its beginnings as a driving dog for bulls and cows, and which has been converted to the protection of properties. 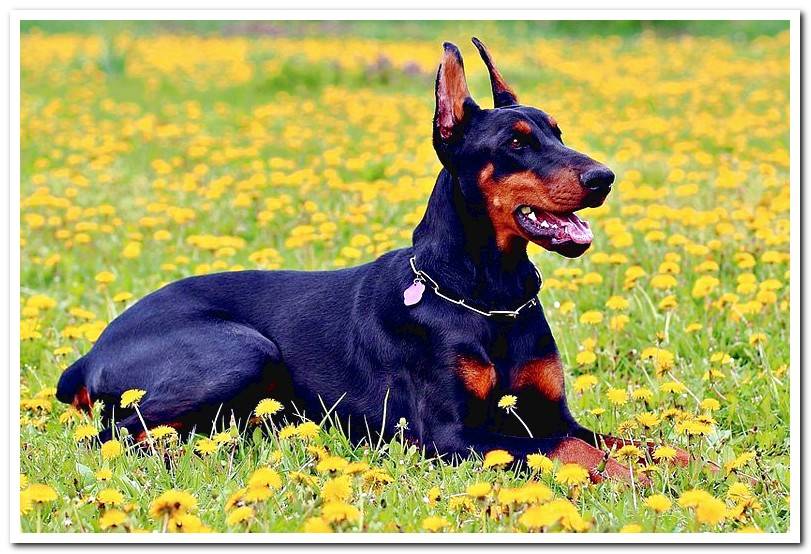 The Doberman is another dog of German origin created in the 19th century for surveillance. At present it continues to maintain this function but it has also become a companion animal. A few decades ago it was very popular and widespread in homes, where today they are not as frequent.

Related content  We tell you EVERYTHING about the Alaskan Malamute breed: Care, advice

This elegant dog, although it does not seem so, is usually affectionate. He is obedient but needs a good socialization and an adequate education to avoid behavioral problems. You have to pay attention to your heart because heart diseases are increasingly detected in this breed.

Its short coat makes it not require excessive care. In addition, it can live perfectly in the city, in fact, it does not bear the cold of a life abroad well. Is good guardian based on his suspicious nature towards strangers. 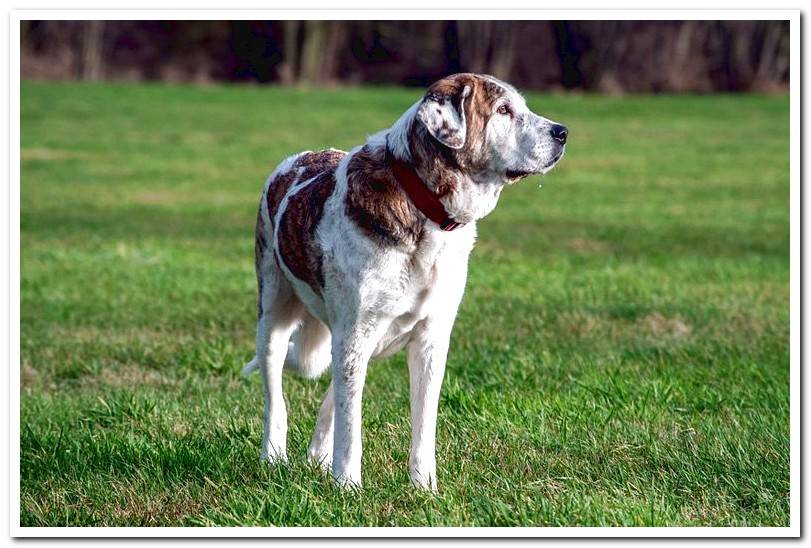 Although there are different mastiffs such as the Argentine, the Neapolitan, the French or the English that share basic characteristics, we will focus on the spanish mastiff for being the protagonist of a resurgence in his work as a watchman, in this case of the herds of cows and sheep. Thus it takes up the function for which it was created in ancient times.

Although its origins are not entirely clear, it is likely that it descends from dogs brought to Spain by Phoenicians and Greeks about 2000 years ago. For centuries it has protected herds from wolves. It is also an ideal companion dog, but due to its size it is not very popular in this regard. He is obedient but needs a good education.

It is a dog used to withstand the adversities of the weather. Its coat requires regular care. You don’t need a lot of activity and of course he’s a good keeper. Its protective character helps this function, since the breed was developed to care for livestock, and its enormous size.

Related content  Dog carriers Which is the most suitable? 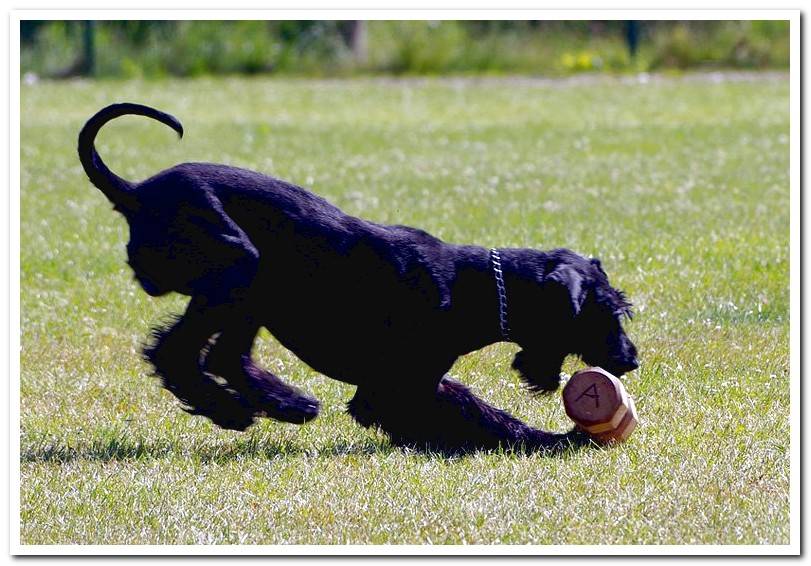 This breed is another of those that have their origin in Germany. In its beginnings it was dedicated to the surveillance of livestock. At present it is extended like company dog, although it can also be service-oriented thanks to its ease of learning.

It is the largest of the German schnauzers and was developed by increasing the size of the standard schnauzer. This difference was so considerable that when it was first exhibited in Munich in 1909 it was called the Russian schnauzer bear. You have a tendency to have joint problems.

It adapts both to the exterior of a house, since it withstands the cold well, and to urban environments. You don’t need much exercise. He is a good student and, in addition, stands out as a guardian because it is very territorial and reserved in nature with strangers.