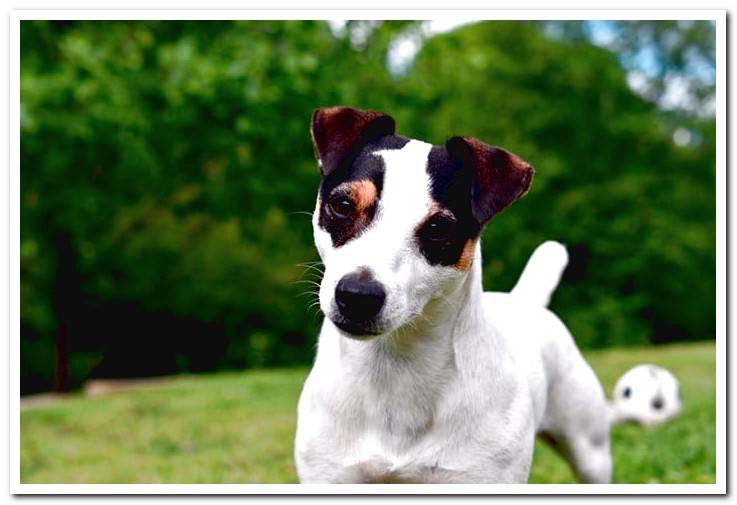 The Andalusian Bodeguero dog is considered by many to be the breed of dogs par excellence, due to its friendly character and small size. Direct descendant of small Terriers Shorthaired has become one of the most popular breeds in Spain.

If you want to know all the details about this beautiful breed, what are its strengths and weaknesses, what care it takes and how much exercise you should allow it, don’t miss all the info we have collected for you.

History of the Andalusian Winemaker

The Andalusian winery breed of buzzard was created in the late eighteenth century, when in the province of Cádiz (southern Spain) small terrier dogs began to cross, accompanying the English wine lovers with the small buzzard dogs that were used in wineries and farmhouses.

The result of the crosses and selection of the best specimens gave rise to what we know today as Bodeguero Andaluz, a breed recognized by the Royal Spanish Canine Society but not by the International federation. 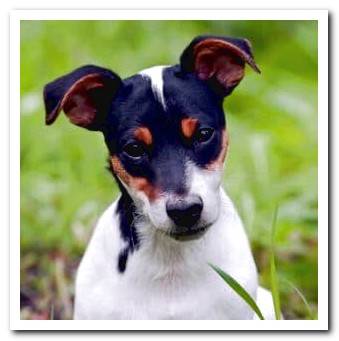 This relatively new breed of dog was created to hunt rats and mice who stayed in wine cellars and warehouses of the Andalusian cortijos, although thanks to their great skills how to hunter dogs they were soon introduced to the world of small game hunting.

Nowadays Warehouse dogs are mainly used as companion dogs, due to its friendly character, good behavior and small size. However, his strongest point is his hunting instinct.

Among the numerous qualities that this breed presents, we can highlight the good character of the Cellar Ratonero, since it is not only attentive and affectionate with its owner, but also with the whole family, including young children.

The Bodeguero Andaluz presents a social and friendly character, very affectionate, happy and smiling. He is a little hyperactive so he will always want to go for a walk or play with the children at home.

Gets along well with other dogs and animals, in addition to all family members, including children and the elderly. It is a formal and respectful dog although a little stubborn at times, something that we can solve with a proper education.

As a companion dog, he is a great lover, capable of making us smile on the hardest days. It really makes you want thanks to its good character and numerous charms.

The hunting instinct of a Cellar Mouser

Although its character is enviable we must not forget that it is a hunter dog breed, which means that when you see a small prey within your reach, such as a mouse, it will run after it, often ignoring our orders.

Hence, he is a bit stubborn or stubborn at times, since his hunting instinct emerges as soon as he sees small vermin, without paying much attention to the owner’s orders.

As a small prey hunter, it is unrivaled, thanks to its great agility and its small size, it can hunt mice in the most unexpected places, leaving the wine cellars and small farm warehouses completely rodent free.

Unlike cats, the Bodeguero Andaluz dog does its needs outside the home, which provides an extra cleaning to warehouses and warehouses, that’s why this breed of dog is used and not other feline breeds.

Is the Andalusian Winemaker a family dog?

Undoubtedly yes, it is a dog that adapts to any family environment quickly, regardless of whether you live in a small city flat or in a large town house. Nor does it matter if two or ten people live in the family, he will know how to identify them as part of his herd.

The Ratoneros Bodegueros breed is characterized by being very sociable and respectful, which makes it an excellent choice as a family dog. His vitality and excess of joy will make him the center of attention at all times.

Even the smallest of the house will enjoy playing with him like never before, since he is a very noble and nice with children. The behavior of the Bodeguero Andaluz dog is exemplary in every way.

A race that dazzles with its intelligence

Among the many characteristics of the Bodeguero Andaluz, all of them positive, it is worth highlighting its developed intelligence. Despite its small size, the dog Ratonero Bodeguero is one of the smartest globally.

It will not only surprise us for its ease in learning educational or training exercises, but for its peculiar way of interpreting situations and acting accordingly.

Thanks to his great intelligence the Andalusian Winemaker can make complex decisions for any other type of dog, making it stand out from other dog breeds for its brilliant intelligence.

The education of the winemaker dog

The education of this breed of dog should start from when it is a puppy, although we should not press or expect great achievements in the puppies of Bodeguero Andaluz, it is important to start with
your education little by little from three or four months of life.

We should put special attention to socialization, making our Andalusian Bodeguero puppy socialize with his environment, other dogs, animals and humans. You must play and interact with animals of all breeds to learn to respect them as a puppy. 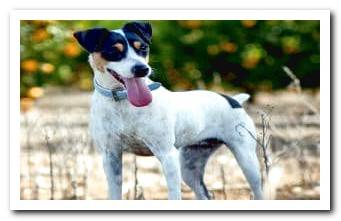 As he grows, we will notice that he learns much faster, mainly due to his developed intelligence. The control and training in the field of obedience It must be our main goal.

Many people acquire a Bodeguero dog not only as a companion dog but also as a working dog, hunting down the little critters that hide in warehouses and warehouses.

The Andalusian Ratonero Bodeguero dog receives its name by virtue of its qualities as a hunting dog, obviously it is not suitable for large prey but it is an ace hunting small rodents. 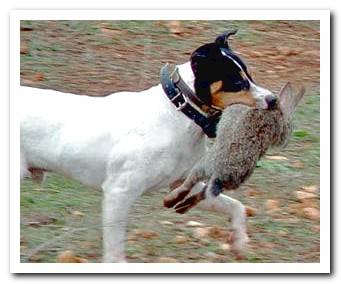 It is not even necessary to give it intense training to hunt small prey, this breed is born with a serial hunting instinct that will prompt it to hunt small rodents, wherever they hide.

In fact when the selection of specimens it was sought that most of them had a white body so that they were more visible in dark places, such as in the depths of wine cellars.

A small dog but with great virtues

In addition to hunting its small prey, it will help us with cleaning, since it will take them out of the enclosure, avoiding creating unhealthy places. Thanks to his great nose His tremendous agility and developed intelligence will hunt down any unauthorized guest in our home, warehouse or cellar.

It also has a highly developed sense of hearing, which together with its audacious vision provide it with everything necessary so that no small rodent, however agile, can escape.

Tips to get a good Andalusian Bodeguero at work

Whether we want train our Andalusian winemaker for Agility, how if we want to further develop its qualities as a hunting dog, we must always use stimulation and positive reinforcement.

The breeding of the Andalusian Bodeguero

In its origins various specimens of English terriers with smooth hair and native buzzards from Cádiz for the creation of this wonderful breed, however at present, the best specimens are simply selected to obtain superior offspring.

Selection of the best parents of Bodeguero dog

Clearly, there are many kinds of Mouse dogs, but the Andalusian Wine Cellar stands out for its great physical and mental qualities, as well as for its imposing coat hanger wearing a beautiful white color on its body, adorned by a black or brown mask on its face.

The copies for the reproduction of the Andalusian Wine Cellar are chosen based on their qualities as hunting dogs and their physical appearance, provided they comply with the breed requirements and do not suffer from hereditary diseases, obviously.

The specimens with the totally white body are the most demanded, whatever the format of their black mask (black color of their face that simulates a mask). Colors vary from black and white to the mixture of both in conjunction with tan brown.

Responsibility and care during breeding

We must not use the breeding of the Bodeguero Andaluz for profit, since it is a autochthonous race that it must be respected and shared by all, without any benefit. We can cross our dog Bodeguero with the sole purpose of obtaining offspring, but always maintaining reasonable care.

The females of Bodeguero Andaluz pregnant women must not perform intense physical exercises, they must be fed with a specific feed for pregnant bitches and they must have a warm and comfortable place where they can give birth.

Puppies must stay with the mother until they are three months old, which is when they naturally begin to wean. 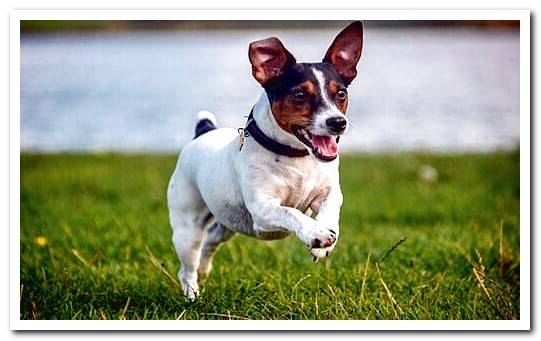 It has always been said that small breed dogs like the Andalusian Bodeguero have a much higher life expectancy to dogs of medium or large breeds. And there is no reason, since the Andalusian Ratonero Bodeguero can more than fifteen years easily if he receives the proper care.

A good high quality diet, exercise and daily pampering, the recommended vaccinations and correct deworming when appropriate will make our Bodeguero dog live many, but many years at our side.

In contrast, a mediocre diet and poor care can make our dog barely over ten years old. As with us, in care there is the existence of longevity.

Although it is a relatively recent breed, thanks to its registration in the Royal Spanish Canine Society We can request or acquire a Andalusian Bodeguero with a pedigree certificate.

The pedigree is a certificate that marks the dog’s family tree and that is issued by the Royal Spanish Canine Society to those who meet the requirements, to have the previous three generations recognized.

I mean, to get the Spanish Origin Book (L.O.E) it is necessary that we have the pedigree of parents, grandparents and great-grandparents. In this way we can certify the purity of the breed in our Andalusian Wine Cellar.

If your Bodeguero dog does not have a pedigree, do not worry, neither you nor I have a pedigree and that does not make us better or worse, it is simply an accrediting certificate.

Recommended diet for an Andalusian winemaker

The puppies of Bodeguero Andaluz should feed on breast milk until more or less three months of age, where they will begin to take feed for puppies of small breeds.

From the year of life we ​​can replace the feed for puppies with feed for small adult dogs, how food for our Andalusian Winemaker. Being highly recommended, invest in very high quality products like those offered by the companies Orijen or NFNatcane.

Dogs are carnivores and as such their food must rely mainly on meat products. That is why we must avoid using low quality feed / kibble, as they will adversely affect your health.

At general levels it will be enough to use our common sense contributing two percent of its weight as a daily ration of feed, if the dog loses weight we will increase it and if it grows fat we will reduce it.

If we choose the natural food BARF, based on fresh meat products, we must wait at least until six months of life, so that it has developed its teeth with the definitive teeth and not those of milk. 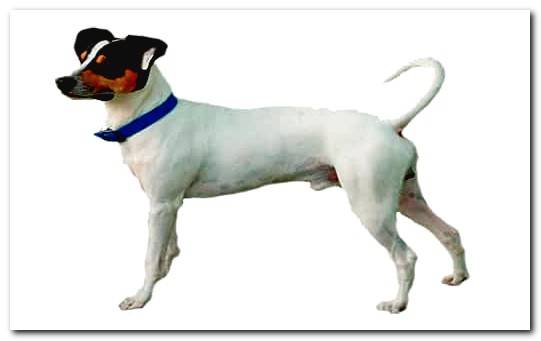 Summary of the characteristics of the Andalusian Wine Cellar

The Andalusian Bodeguero is a medium-sized dog pulling a small that barely exceeds eight kilos in adulthood and forty centimeters tall at the withers. Let’s see its main characteristics: