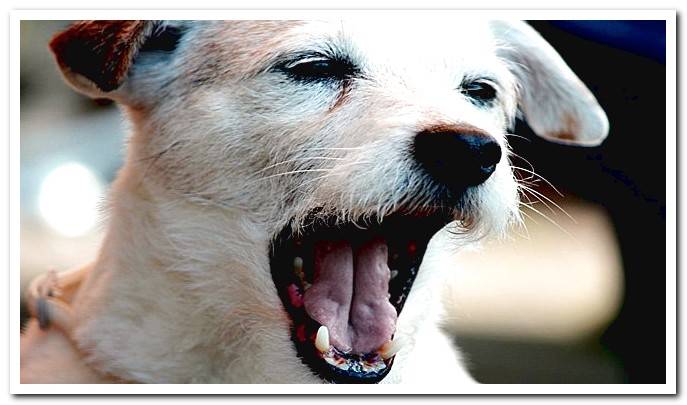 If we appreciate that our dog has a white tongue or gums, it can be a warning sign about his health. For this reason, we must pay attention to any change in the coloration of fibromucosa.

Let’s see a little more in depth what this strange discoloration can cause and when we should consider it an alarm signal about your health.

What is the normal color of the gums?

The color of the gums and tongue varies in each dog. Generally, a healthy gum appearance results in:

A quick way to check that blood is circulating properly and that there is no anemia or internal bleeding is by pressing the dog’s gums with a finger.

The normal thing, if there is no problem, is that in less than two seconds they regain their original color.

If you find that your furry friend has a whiter than normal tongue and gums, beware, it could be a sign of illness. Similarly, bluish gums, deep red or very yellow may be indicating various types of disease that require veterinary attention. 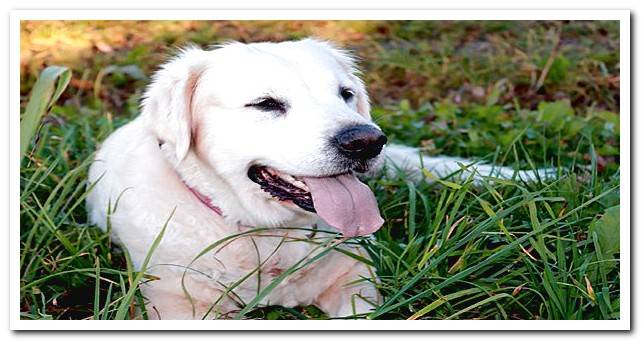 Why do the tongue and gums turn white?

A dog with a white tongue and / or gums often has low blood pressure or anemia. Both conditions are symptoms that should not be ignored, as they indicate that the dog’s health may be compromised.

The dog needs iron to produce hemoglobin what is the protein that gives blood its red color more characteristic and transports oxygen from the lungs to the rest of the body.

When there is a deficiency and fewer red blood cells than necessary, the tongue and gums may be much paler in tone. In these cases, blood tests, together with other diagnostic tests, will be essential to determine the underlying cause and to start an appropriate treatment.

The vet will also tell us what we can do at home to help our friend regain health, checking your diet and improving it so that it has nutrients that promote the formation of red blood cells.

This extra supply of iron and vitamins will make your body recover more easily.
Although anemia is usually the most common explanation, the symptom of pale tongue and gums may also be due to poisoning, if it is accompanied by other signs of disease such as increased palpitations, tremors, hyperactivity, extreme thirst, gasping or even seizures

In these cases we must act even faster. So if you suspect that he may have been poisoned, don’t waste time and run to the nearest vet.

As you can see, the tongue and white gums can be a sign of health problems and / or diseases. Specifically, this symptom may be related to:

In most cases, it’s not about deadly diseases if treated early. If your furry is being medicated or has ingested some drugs by mistake, it can also present a reaction that affects the coloration of the gums.

The important thing is that, before any abnormal tone, take the dog as soon as possible with a specialist.