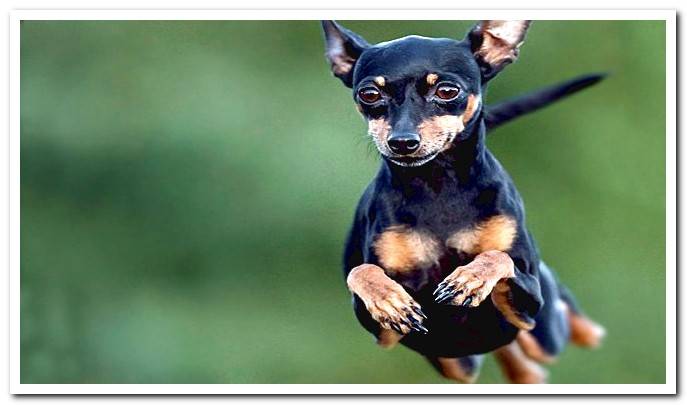 It has always been believed that the Miniature Pinscher is a reduced variable of the well-known Doberman, however it is not. In any case, it could be indicated that the Pinscher is in a certain way, an ancestor of the Doberman and not a descendant.

Among the care that we need, we highlight taking care not to hurt it by accident, due to its small size it is very fragile. If you want to know all the details of this wonderful breed, dedicate the next thirty seconds to us.

How is a Pinscher or Miniature Pinscher?

We must be careful not to confuse the Pinscher with the Mini Pinscher, since there is a considerable size difference.

It is a breed of small size and slim and athletic bearing, with a thin and elongated muzzle. Its legs are very thin as is its tail, long and thin. The color of her hair is always black with fire tones (reddish) or completely brown.

Generally his body is black, while his chest and parts of his face are red or tan brown. Her hair is short and fine, very soft to the touch. 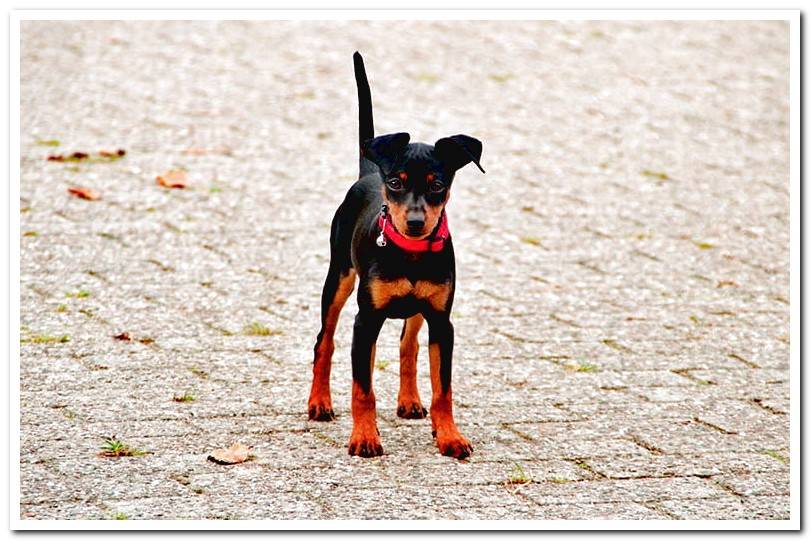 Differences between the Medium Pinscher and the Miniature Pinscher

Both are descended from the large Doberman, have the same qualities and temperament, but with a big difference, weight and size.

The Mini Pinscher can reach a weight of between four and five kilos, not more than four if it is a female. Here there is a very obvious difference between the medium and mini Pinscher.

That’s right, their behavior, temperament and even their hobbies are identical. The only thing they differ is in size and weight, so whatever your favorite Pinscher version is, the behavior is the same.

The Pinscher has a loving and friendly character, he loves pampering and is happy when he feels like part of the family. It is a dog that can sometimes be strange to us, because he is very observant.

We will even hunt him watching us from the least expected place, it is a mystery. However, he is a love, he makes himself loved thanks to his energy and desire to play, he is a happy dog.

The dark side of the Pinscher Mini or mediated is its protective aptitude, it is a very brave and impulsive breed who does not pay attention to the size of his rival. Thus, it can be so irresponsible as to face dogs a hundred times bigger than yours.

Is the Pinscher good with children?

Yes, it is undoubtedly a dog that loves to play and have great fun times with the family. But we must be aware that children are children and many times they can harm the dog inadvertently.

In a medium Pinscher it can be a blow, but in a mini Pinscher it can mean a broken bone or something worse. The Pinscher can play with children or vice versa, but always under adult supervision.

Obviously we refer to dogs that have been well educated and socialized from puppies. Educating a Pinscher puppy is very simple, but if the dog is poorly educated it can become aggressive, whatever the breed, or whatever size it is.

How does the Pinscher get along with other dogs and / or animals?

At general levels the Pinscher is a territorial breed, which implies that it can show something unpleasant with other dogs or animals. To avoid this type of behavior, we must socialize our Pinscher as a puppy.

We should never leave our Pinscher with undersized animals like rabbits, rodents, or other pets. Why will awaken your hunting instincts and will try to attack them.

So, if we socialize it well as a puppy it will probably get along great with other dog breeds and with other animals and humans. But we should never leave him with animals smaller than him. 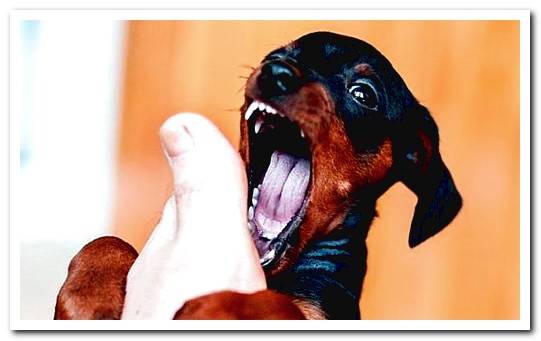 How to Feed a Pinscher Dog

We all want the best for our dog and that is why we try to choose a good brand of dog food or give it high quality products. The better your diet, the better your health and the longer you will live.

So we must choose between two types of dog food, premade food or natural food. Both options have their benefits, the industrial one is more comfortable and the natural one is healthier.

Industial Feeding for a Pinscher

The Pinschers need to be fed with kibbles (pre-made dog food, I think, balanced) of very small size, especially for mini dogs. Otherwise they could choke.

We simply must follow the instructions of the brand of dog food that we are using to feed our medium Pinscher or toy. We insist that they be specific to mini breeds.

Natura
l Food for a Pinscher

There are those who feed raw or cooked meat to their Pinscher dog, based on the BARF dog food. That consists of feeding them with natural products.

If you want to feed your dog in this way, try to pass all its food through the grinder before it is as fine as a puree. To avoid choking (especially Miniature Pinschers). 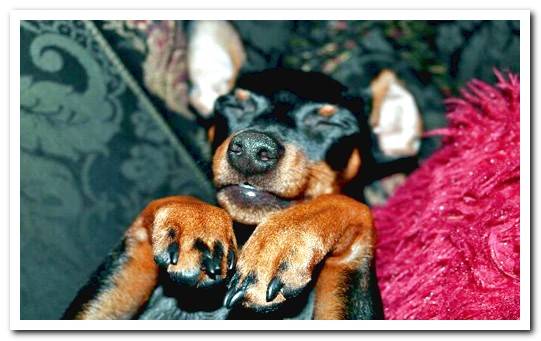 How to Care for a Pinscher

In terms of health, these dogs are very strong, so they will rarely have health problems. However, it is highly recommended to give them all the vaccines recommended by veterinary centers.

Keeping up to date immunization schedule, our medium or mini Pinscher will be protected against the main known diseases.

In the case of the Mini Pinscher, we should avoid vaccines such as the one recently incorporated into the veterinary market but, nevertheless, not very efficient, a vaccine against canine leishmaniasis. Since this type of vaccines do not go down well in dogs of less than fifteen kilos.

How much exercise does a Pinscher need?

At exercise level we should never force our Pinscher to exercise Let’s apply common sense and see that they are not dogs capable of keeping up with a human. We could even kill them from exhaustion.

It is advisable to walk with them several times a day, including letting them run and play as they please, always taking care not to get hurt.

At home we will have to prepare a comfortable, warm and clean bed where you can rest and sleep whenever you want. Always with a drinker of fresh and clean water at your disposal, for when you want to drink.

We must keep in mind that the Pinscher has a life expectancy of about eighteen years, which makes it one of the longest-lived breeds that exist.

How to Care for a Pinscher PUP

It goes without saying that due to its fragility and small size, with very, very much touch and care, as any misplaced squeeze could harm our puppy.

Given its size and fragility we must find him a warm place inside the house, where to put your bed. So you can rest and sleep without being cold at any time.

Puppies only need to play, eat and sleep. Playing and sleeping already know how to do it, so you only have to worry about feeding them well according to your vet’s instructions. As well as putting the necessary antiparasitic vaccines and preventives. 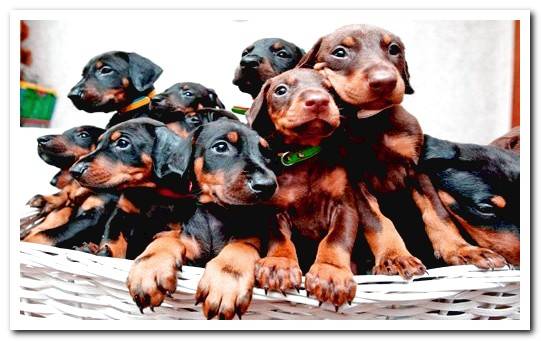 A bit of history about the breed

To be honest, the origins of this breed are completely unknown, since they are not written. There are those who say that they are a mixture of Doberman and dachshund dogs or small greyhounds.

And although the Germans insist that it is a breed developed in Wurtemberg, the truth is that skeletal remains of this breed have been found on the shores of the Baltic Sea dating back to 3,000 B.C. . What makes it one of the oldest breeds in the world.

Thus, no one knows for sure where this breed comes from or how it is possible to have maintained the same color, temperament, qualities and value as the Doberman, its predecessor.