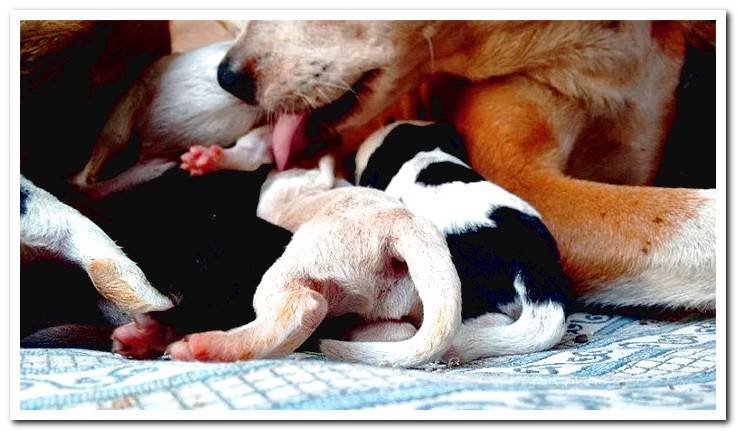 Mastitis is an inflammation of the mammary glands. It is associated with the postpartum period of bitches and can present as a hardening or infection. The treatment will depend on it.

This pathology is not only annoying for the dog, but can also compromise the health of her puppies. In addition, bitches suffering from pseudopregnancies are also at risk of mastitis. Let’s see in detail the symptoms and treatment for this pathology.

The mammary glands and mastitis

In general, bitches have about ten mammary glands, distributed five on each side of the body, from the armpit to the groin. Their main function is to produce milk to feed their young after delivery.

When there is milk, it can accumulate in excess, to the point of causing the hardening of the breasts. It is what is called galactostasis. On the other hand, if what occurs is an infection, we will be facing acute septic mastitis. 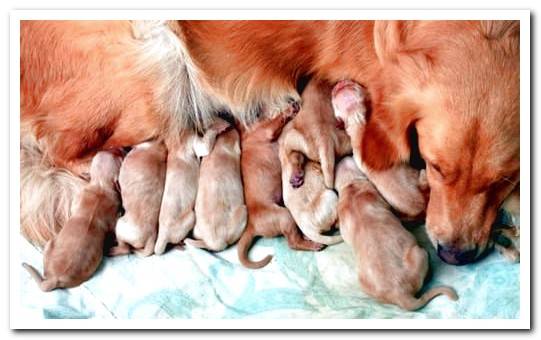 In general terms, we can define this pathology as the hardening of the mammary glands. It usually affects bitches at the end of pregnancy, which is when milk can start to be produced. It also occurs, sometimes, in those who suffer a pseudopregnancy or false pregnancy.

In these cases it is because there is milk production but no puppies that can withdraw it, so it accumulates. But it is more common in bitches that have already given birth and are breastfeeding their puppies. In any case, what happens is an excessive accumulation of milk in the mammary glands.

This causes them to expand considerably. In addition, this mechanism produces pain and heat, which we will appreciate if we put our hand on the area. Moreover, it is not an infectious process. The bitch can continue doing her normal life.

The hardening of the breasts is reason for veterinary consultation because only this professional can assure us the diagnosis. Treatment usually involves a slight reduction in food and water intake for a few hours in order to reduce milk production. The vet may also prescribe a diuretic.

This will aid in the removal of excess fluid. If galactostasis occurs by pseudopregnancy, it is very important that we do not manipulate the breasts, since that stimulus would be worth to generate more milk. For the same reason, we must control that the bitch does not lick. In the most severe cases it is possible to administer a mild tranquilizer.

There are also pills to withdraw milk, but, since the pseudopregnancy usually repeats after each heat, the most recommended treatment is sterilization. With this intervention, heat, pseudopregnancies and pregnancies are suppressed. Of course, you always have to follow the veterinaryn’s instructions, especially when the dog is raising her puppies.

In this case, yes an infection occurs in one or more glands. The largest breasts, which are located towards the groin, are the most frequently affected. The infection is due to bacteria that enter the inside of the breast, generally through a wound in the skin of the area.

It is very common that puppies themselves cause these small injuries by scratching the breast with their sharp nails when sucking. Therefore, as prevention, it is recommended to check the nails and cut them whenever necessary, with a suitable nail clipper and great care. Mastitis is more frequent to appear during the week after delivery.

The affected bitches will have a fever, stop eating and are depressed. Infected breasts will appear swollen and, in addition, acquire a reddish blue hue. It is a very painful process. If we have an opportunity to see the milk, it is usual that it also changes its appearance. It may appear bloody, thicker, or yellowish in color.

Since it is a bacterial infection, it is essential to administer antibiotics. They should always be prescribed by the vet after confirming the diagnosis. It is important to treat early. The opposite, in addition to affecting the well-being of the mother and puppies, can lead to the formation of an abscess, which is the accumulation of pus under the skin.

Care for a bitch with mastitis at home

In addition to the medication prescribed by the vet, it is recommended to apply compresses or warm cloths on the affected breasts several times a day and for about thirty minutes. In this way they soften and we can empty them, gently, to extract the milk.

Puppies often refuse to feed on sick breasts. This contributes to recovery, since, without the stimulation of suction, it is normal for milk to stop being produced in a few days. Of course, the state of the sick mother, especially in the most serious cases, can lead her to neglect the puppies. 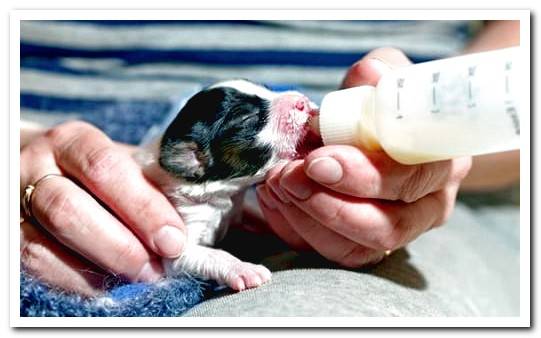 What about the puppies of a bitch with mastitis?

If we detect that the little ones are not feeding properly or even the mother abandons them, we must breed them using artificial milk specially formulated for dog pups. We will prepare bottles following the manufacturer’s instructions.

If the puppies have three weeks or more, it is possible to wean them directly, a process that is recommended to be carried out gradually. We must bear in mind that the consumption of milk is recommended, even if it is artificial, a minimum of 6-8 weeks, although from three we offer solids.