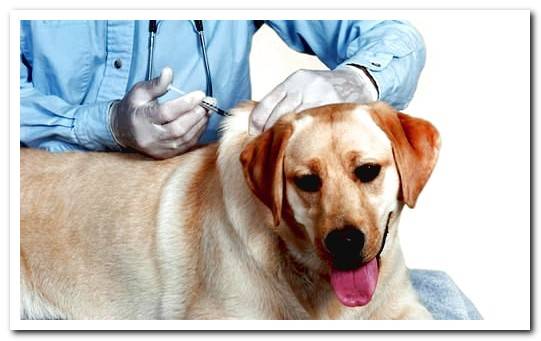 Table of Contents show
1. Sterilization vs. castration
2. Where can a dog be sterilized?
3. What are the benefits of sterilization?
4. What does it mean to sterilize a dog?
4.1. Chemical vasectomy
4.2. Chemical orchiectomy
4.3. Vasectomy
4.4. Fallopian tube ligation
5. Alternative with hormonal treatments
6. Precautions before operating
7. New sterilization techniques
8. Postoperative
9. What is the recommended age to sterilize a dog?
9.1. Related Articles:

Nowadays it is very common for dogs, regardless of whether they are male or female, to be sterilized. But about the control of the reproductive cycle in this species, many myths still circulate.

In addition, some caregivers are not clear about the difference between spaying and castrating or the recommended age to do so or how the procedure is performed. Let’s see all the details about this type of intervention and its benefits.

In general, it is common for us to use the terms castration and spaying interchangeably, as if they were synonyms. But the truth is that there are differences between the two concepts. To sterilize is only to prevent the dog from reproducing.. Using a vasectomy or tubal ligation, which are the most common sterilization techniques.

Castration will also prevent the dog from reproducing, but it does so by removing the testicles in males and the ovaries, and generally the uterus in bitches..

In veterinary medicine, castration is privileged because it offers additional advantages by suppressing the hormone associated with the reproductive cycle. This prevents the animal from experiencing the symptoms of heat or suffering from diseases such as mammary tumors, testicular tumors or pyometra or uterine infection.

Where can a dog be sterilized?

In veterinary clinics It is common for the term spaying to be used to actually refer to castration. Explained the differences between both procedures, it is important that, before operating on our dog or dog, we clarify with the veterinaryn what intervention he intends to perform.

Related content  Reasons why a dog is excited to see us

Keep in mind that, if we are interested in sterilization, not castration, we will not be able to program it in all veterinary clinics. This is because some professionals only castrate, understanding that it is the best option for the animal. That is why it is important that we inform ourselves well before entering the operating room.

What are the benefits of sterilization?

The only benefit is prevent the birth of unwanted litters. By not removing the hormone-generating reproductive organs, dogs can suffer all diseases dependent on these hormones, such as tumors of the breast, testicles, hyperplasia of the prostate or pyometra or uterine infection.

Nor does it decrease behaviors such as marking or aggressive reactions that can be associated with territoriality. Of course, dogs continue to have heat and all of their associated behaviors and symptoms.

What does it mean to sterilize a dog?

Focusing on the sterilization procedure, one can distinguish chemical vasectomy and orchiectomy, or vasectomy itself. As for the bitches, we will talk about ligation of the fallopian tubes or hormonal treatments.

It is done injecting an irritating substance at a specific point in the reproductive system. This point is the tails of the epididymis. Epididymis are tubes that communicate with the vas deferens, which are responsible for transporting sperm to the urethra.

With the injection of the irritant inflammation occurs, followed by scarring that blocks sperm transit. It is a technique with limitations and adverse effects, such as the formation of fistulas or damage to adjacent tissues. Therefore, it is not a recommended operation.

The procedure described above can also be done on the testicles. It is the chemical orchiectomy. In it what is affected is the generation of sperm. Otherwise, it follows the same considerations as chemical vasectomy.

It consists of the section of the vas deferens. This cut can be performed from different approaches, such as the abdominal or scrotal. It is a simpler operation than castration, but with similarities such as the need for general anesthesia or post-operative care.

Another difference is that the dog will keep its sexual behavior intact. It will react to bitches in heat and can mount them, although there will be no fertilization. On the other hand, when continuing the hormonation, the dog can suffer diseases associated with sex hormones, such as testicular tumors or hyperplasia of the prostate.

Finally, it must be considered that in this technique, a sectioned vas deferens may spontaneously rejoin. In that case, we will not know, but the dog will be fertile.

In females, The fallopian tubes are responsible for driving the eggs into the uterus. If they are sectioned, the eggs will not be able to bind to the sperm In other words, fertilization is prevented and, therefore, pregnancy. The bitch cannot reproduce but she will maintain her zeal.

None of the benefits associated with castration are produced. For all these reasons, it is an infrequent operation in veterinary medicine due to its limited benefits compared to ovariohysterectomy or removal of the uterus. further all health problems associated with sex hormones remain. 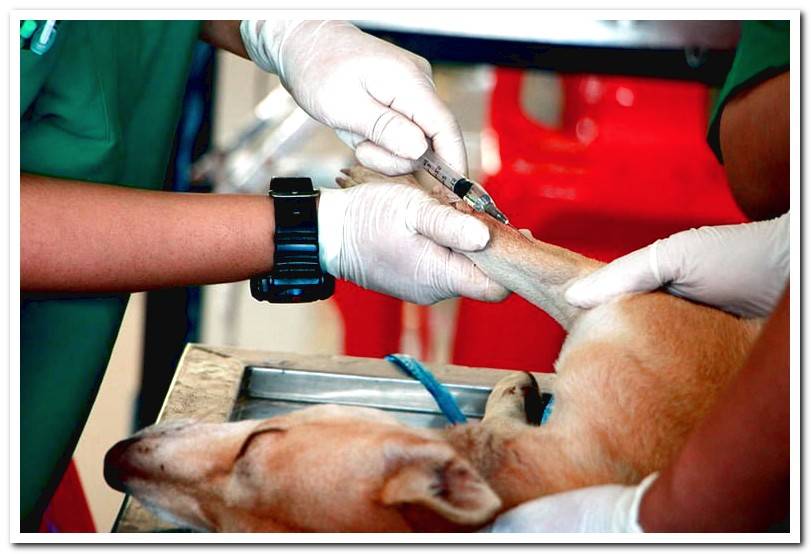 Administer regularly, approximately every six months, hormones like progesterone, prevents the bitch from being in heat. Let’s remember that the heat is the only period in which a bitch is fertile. Outside of those days, the bitch cannot reproduce. Therefore, by inhibiting its appearance, there will be neither fertilization nor gestation.

These hormones can be given in tablets or injectables. The problem of this option is that it presents numerous and s
erious side effects among which are diabetes, breast tumors or obesity. Therefore, although they can be used in a timely manner, they are not a contraceptive method to follow in the long term.

Both males and females will attend the clinic on an empty stomach, as they will be administered general anesthesia. In addition, before surgery, it is recommended to perform a review consisting of, at a minimum, blood analysis and electrocardiogram. This is intended to reduce anesthetic risks and assess the general condition of the dog.

Laparoscopy can be used to sterilize dogs. Compared to castration, it reduces risks, post-operative care and discomfort. It is usually a more expensive procedure and requires materials and experienced personnel.

Laparoscopy is performed through a pair of small incisions, as it is a technique that allows you to visualize the inside of the body without having to open more. In this way, the vas deferens can be acted upon.

Related content  Tapping in dogs What is it and what benefits does this EFT technique provide?

It is common for the vet to administer the dog antibiotics and pain relievers to minimize discomfort and the possibility of bacterial infections. We may need to continue giving them to you at home for a few days. For the rest, at first we will avoid sudden games that may affect healing.

We will monitor the evolution of the wounds and clean them during the first days. If we have to leave the dog alone and it licks or nibbles the area excessively, it will be necessary to put an Elizabethan collar on it.

After laparoscopic sterilization, the testicles may swell for a few days due to edema. NSAIDs are administered. Also, over time, the testicles shrink to their original size.

What is the recommended age to sterilize a dog?

There are many opinions about when it is better to castrate or sterilize a dog. Castration by providing hormonal benefits is recommended before or after the first heat in females, that is, between 6-8 months or between 12-18 months of life.

In males it can be delayed a little more, until the dog is developed, that is, about the year or year and a half of life.

However, since sterilization (literal) does not provide benefits at a hormonal level, its application can occur interchangeably at any age. Always avoiding applying it when the dog is very old or old.