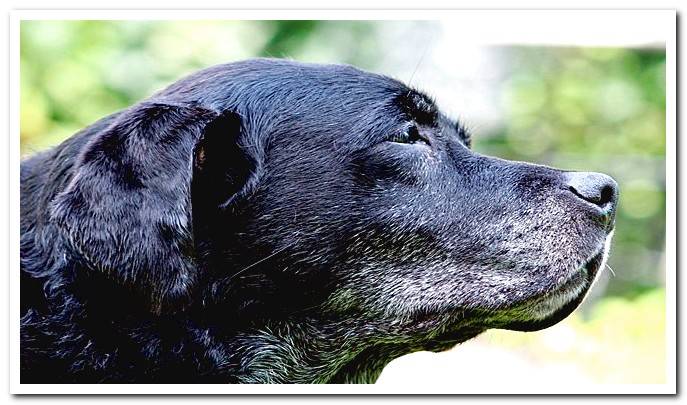 Did you know that dogs also get gray hair? Many times it’s just a matter of age. However, when these white strands appear on young dogs, you should not overlook them.

So that you are well documented on this topic, we explain why they usually appear, when and in which areas they appear most frequently. Do you spend a couple of minutes?

When do the first gray hairs appear?

Hair coloring occurs thanks to melanin, a pigment that is produced in every hair follicle and is also present in humans. When there is a dysfunction in the production of this compound, the known gray hairs appear.

With age a dog’s coat may begin to turn white. Normally happens from the age of seven or eight, which is when you go from being an adult to being an old man if you are a large breed, the small breeds make the transition between nine and ten years of life.

However in some cases they appear much earlier. Even at one or two years of age the first graying can be detected. What causes this sign of premature aging?

Reasons that explain the appearance of gray hair

Gray hair can appear for various reasons, so several factors must be taken into account. Among the main ones, the following stand out:

It is normal that, over the years, the dog’s body does not function in the same way as when young. Along with the white strands appear other signs of aging, such as less agility or concentration ability, learning and socialization difficulties. 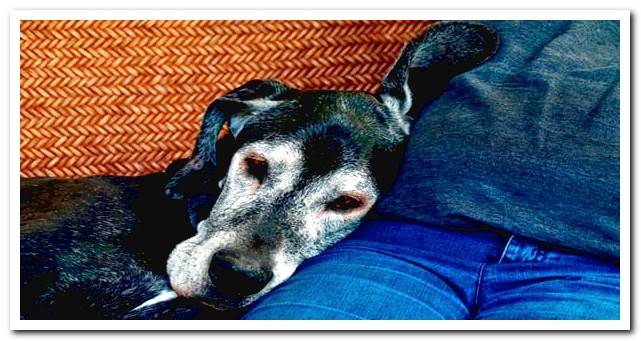 Unfortunately it is impossible to fight against the years. The same goes for inheritance. In fact, dogs with black and dark coats are known to be more likely to have gray hair than dogs with lighter shades.

Hormones like epinephrine or norepinephrine can affect genes that control hair pigments, causing discoloration of the hair.

The stress of the keepers, for example, causes the animal to feel more anxious, favoring the appearance of gray hair.

Other possible causes of your nervousness can be: loneliness, the feeling of abandonment, the loss of a loved one or believing that you have been displaced by the arrival at home of a baby or a new furry who has grabbed all your attention.

The quality of the water you drink is equally important, as high levels of chlorine can lighten the color and shine of your hair.

Factors such as the size of the dog or its state of sterilization, on the other hand, seem not to have much to do with the appearance of gray hair.

Where do the first gray hairs appear?

The first white hairs are usually concentrated, above all, on the muzzle, on the eyebrows, around the eyes and in other areas of the face such as the muzzle.

They can progressively become visible in other parts of the dog’s body. If you see your furry friend suddenly start to get a lot whiter than he was, pay attention to him.

Don’t forget that some health problems are closely related with anxiety, so it would be advisable to consult a vet if the onset is very fast or early.

If it is confirmed that the dog is suffering from stress or phobias that make him nervous, your next objective should be to help him relax so that he is not in that state of permanent tension.

Exercise and pampering will be essential to overcome your blocks. Also, you can try techniques like tapping or aromatherapy.

In any case, keep something in mind: premature aging of a dog is not normal and, therefore, it is important to determine what the problem is and treat it so that it does not go further.