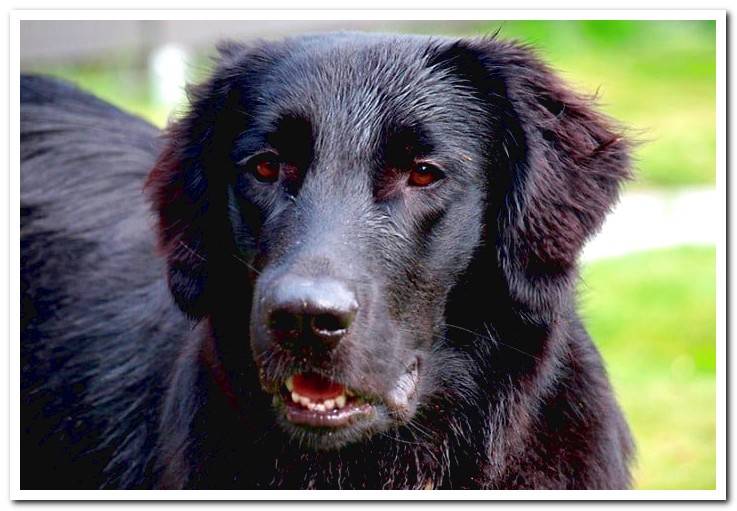 Flat coated retrievers are elegant, slender and extremely active dogs, without being hyperactive. Therefore, it is essential that if you opt for this breed you have a garden or open space within walking distance so that it can be released daily. Otherwise, their behavior will become rebellious and destructive.

Often confused with the Black Labrador Retriever or the Black Irish Setter. However, this breed corresponds to specimens with less hair and higher physical activity requirements. In addition, it constitutes one of the oldest Retriever varieties that exist. In fact, it was used to create other races within the family, such as the Golden.

These enthusiastic friends are characterized by their long heads and their athletic bearing. Its fringes move in time with its agile movements. They are very elegant large dogs.

Its ears are medium and high insertion, hanging with the tip turned towards the muzzle. Very expressive, medium-sized eyes, dark in color (brown / hazelnut). Tail straight and incessant movement. 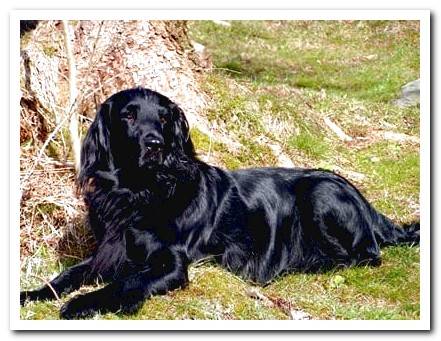 What is the character of a Flat coated retriever dog?

These dogs are pure vitality. He will not hesitate to jump on you to greet you every time you get home. His greeting will be so friendly that he will not stop trying until he touches your nose with his truffle. However, they are not good guard dogs since they will never bite the unknown.

They don’t cope with loneliness or inactivity. Their energy is such that they get bored easily, so you should give them space to play, jump and run, as well as good entertainment to avoid their boredom turning into destructive creativity.

Do not remove him from the family unit, since he claims contact or leave him alone or unattended for several hours. Their past as a hunter has motivated them to be very oral dogs, with a tremendous need to always keep their mouths busy with something to bite.

For their need for contact and daily dedication not a breed suitable for people short on time or for the elderly. They get along well with other pets and children, but with the latter they can become dangerous in their euphoria.

How is the health of a Flat coated retriever?

Hip dysplasias and patellar dislocations are its most pronounced pathologies. The hypothyroidism, progressive retinal atrophy and malignant histiocytosis are also present in this breed. These last two are hereditary.

Among Retrievers, the gradual deterioration of the retina, which can lead to blindness at its most advanced stage, is a recurrent disease. Consequently, in your veterinary reviews the specialist will pay special attention to his eyes.

Retrievers and Bernese Highlanders share the prevalence of malignant histiocytosis, a fatal hereditary cancer if not diagnosed early. 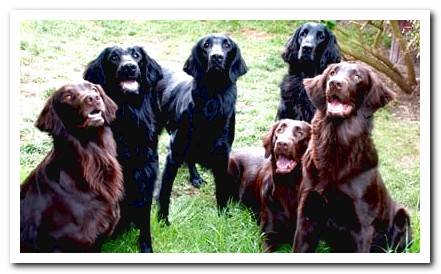 This breed is believed to be the result of the crossing of the Wavy coated retriever (now extinct breed) and Saint John’s dogs. These canids came from Newfoundland and Labrador who and accompanied fishermen in England. These specimens brought about the beginning of the differentiation of the breeds dedicated to hunting, as well as the origin of the 6 classes of Retriever that we know today.

It is presumed that the first copy took place in England in 1860 When hunting ceased to be a survival activity, it became a recreational activity among the upper social classes. Setters and Borzoi or Russian Greyhounds also participated in its creation.

Also known as the Smooth-haired Retriever or the Smooth-haired Retriever, it has historically been used as a hunting dog for its extraordinary sense of smell and memory for locating prey. Currently it has other tasks as a rescue dog in the event of accidents under snow, in the water or in natural disasters such as earthquakes, as well as to detect drugs. Quite a wonder, don’t you think?