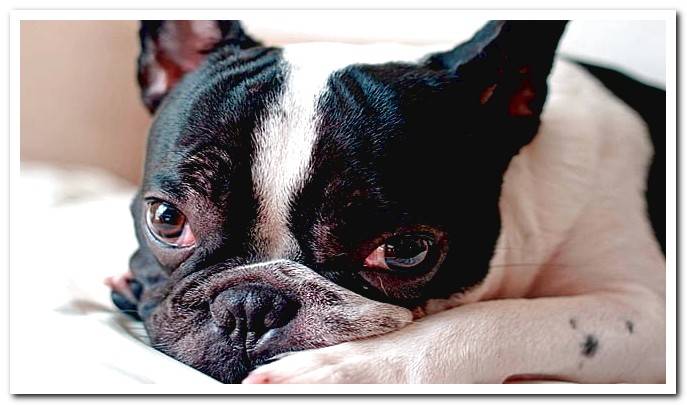 Small, loving, funny, affectionate and a lot of fun. It is perfectly adapted to coexistence in small flats or large houses, respects small children and does not require long walks. Is it the perfect dog?

The French Bulldog has been and will be for a long time the breed par excellence. If you want to know everything about it, from its origins to the care it needs and our personal advice, take a few minutes and enjoy this reading. 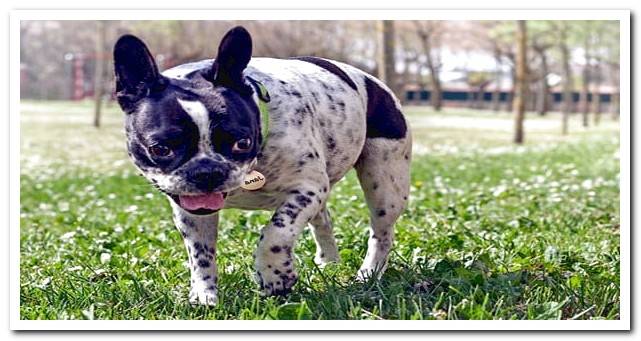 As a good descendant of a molossian dog, although it is considered a small breed, the French Bulldog is a muscular and powerful dog, with a compact, solid and well-established bone structure.

As soon as we see a French Bulldog, the first thing we will see will be a robust dog, somewhat stocky, short and very compact. What characterizes him the most is his wide and square head with a flat snout and full of folds and wrinkles.

Among the most common colors we can come across:

With tawny tones we mean base colors with shades ranging from red to tan or coffee with milk. If the French Bulldog is completely white, it will be assigned the category of “tabby fawn with widespread white patches ”.

It is possible that we might confuse a Boston Terrier with the French Bulldog since its resemblance is amazing.

If you look, the Boston Terrier is quite a bit smaller than the French Bulldog. Also, the first is slightly easier to train than our leading dog today, so its main difference, in addition to size, is temperament and docility. 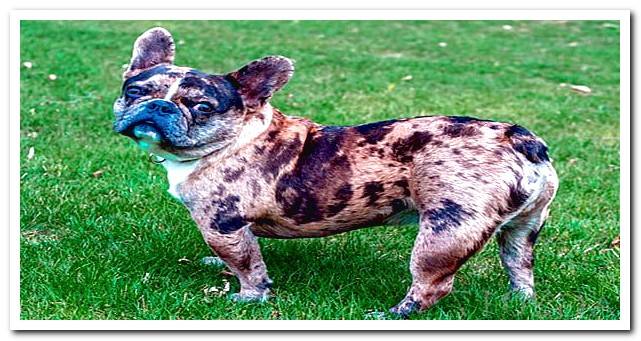 Its ears, located on the top of the head, are medium in size, starting wider at the base and ending at a rounded end, qualifying as “bat ears ”.

As for the eyes, they are usually usually dark and rounded, matching the coat or coat color.

They are not usually oversized or too sunken or too bulging. Its neck is quite short with a slight curvature, without having a double chin.

Having a straight bone and powerful musculature, all its limbs will be separated and rather short.

Its body is made up of a long, muscular back with a round, broad chest. Their ribs are called “barrel ribs ”Since they are very rounded. The belly is fairly tucked in.

Its tail is very small and it is established in the lowest part.

How is the behavior of a French Bulldog dog?

The French Bulldog is one of the companion dogs par excellence. He is sociable, happy, sweet, active, awake – making him very playful – and even possessive.

He is very affectionate with those who consider his family and is delighted to surround himself with children because, as a good playful, they assure him an inexhaustible source of fun and games.

Despite being one of the best companion dogs that exist This does not mean that it does not have character because, in addition to being a little nervous, they have a very bad time staying alone for many hours.

It is a breed considered stubborn because of its history as a dog of prey and it does not bear well that they do not pay all the attention it claims, which will make it try to attract attention in some way.

As for the bark, it is not very normal for him to bark regularly, although if he is in a clear state of excitement or upset and trying to get attention, he may do so. 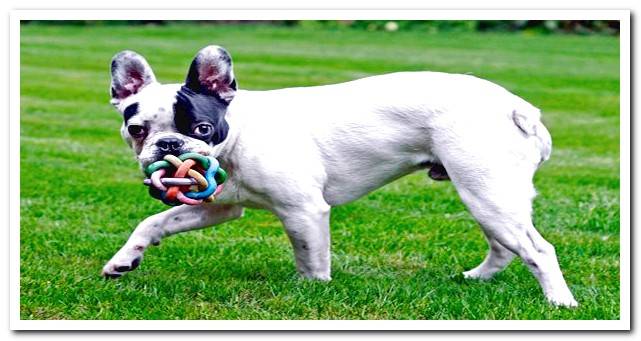 Generally, French Bulldogs adapt to all types of housing so they are fantastic for an apartment in the city since they do not need large patios.

This is why they are not going to be running buddies either, although due to their activity, they love to go for walks. Of course, it is preferred that they live in rather cold climates because they are very sensitive to high temperatures and, therefore, to heat strokes.

Living with a French Bulldog is very easy and rewarding. They are good protectors of their owners, especially if they are children, and guardians of the home since they are always alert to noise and dangers.

As for their education, it must be quite prompt, firm and patient because they are very stubborn. You should not give in to what you do not want him to do, but always avoiding physical punishments because, due to their sweet nature, they respond better to positive stimuli such as sweets or games.

Despite their appearance as a robust and powerful dog, French Bulldogs are prone to some diseases. Although they are not usually serious, are prone to ear infections, diarrhea and conjunctivitis.

Due to its physical characteristics, the risk of skin problems, heat stroke or respiratory problems increases.

In addition to the above basic problems, we ranged from common problems to less frequent problems.

The most common diseases are:

It is necessary to regularly clean and disinfect facial wrinkles and folds in addition to the inner and outer ears due to their propensity for otitis. Of course avoid exposing him to intense heat and keep him properly hydrated to avoid heat stroke.

They are very common food allergies They lead to skin problems and gas accumulation, so they will need special feed adapted for them.

Feeds with a high content of Omega 3, such as salmon-based feeds, despite being slightly more expensive, are ideal for them. Also, the size of the kibble should be neither too big nor too small to avoid choking and jaw problems.

As they are usually overweight – they should not be given too much food – and they have a flat nose, joint and respiratory problems are frequent, so although they must lead an active life, don’t need too much exercise.

That is why it is convenient that, at each visit to the vet, they are checked and controlled in case it is necessary to empty them.

With females for breeding, a complex delivery must be taken into account since the head of the newborn French Bulldog puppy is quite large in relation to the body, so its expulsion is complicated.

Origin of the French Bulldog breed

Very few people know the true origin of this small and brachycephalic dog, a little clown and very greedy, but it is, at least, curious.

Athough it does not seems, is considered a descendant of the mastiff (Mind-blowing truth? It’s because it belongs to the type of molossian dogs).

Extended as such in the Roman Empire, during the Middle Ages they evolved into the English Bulldog (very different from how we know it today due to the different crossings) until reaching the bulldog or pug so popular in France around the 18th century.

Molossian dogs, by the way, are characterized by having a vigorous and muscular constitution with a large head, a short muzzle and strong jaws which makes them excellent defenders and guardians.

The French Bulldog owes its name to the use that spread popularly in France and which gave it all the fame it now has as they were in charge of driving cattle (bull, cattle and dog-dog).

Hence they were the butchers and other workers of the central market of Paris – who baptized them with the name of “pug “(” Douguin “in French), as they are also known- who chose them as companions in their day-to-day life to, very soon, reach and establish themselves in French high society and the artistic world of the 19th century due to their particular physique and his good character for what he was nicknamed “the perfect dog ”.

This is why he became a companion dog only. Neither more nor less than to keep man company.

It was in 1880 when the first club of the breed was founded, but it took about 18 years to be officially recognized by the French Central Canine Society so, until 1898 the first standard was not established, although in 1887 the first type of French Bulldog.

After six more modifications, it was in 2012 at the hands of the French Bulldog Committee when the last known standard was established.

Curiously, it has been in England and America where this breed has developed more than in France itself, where they originate from.