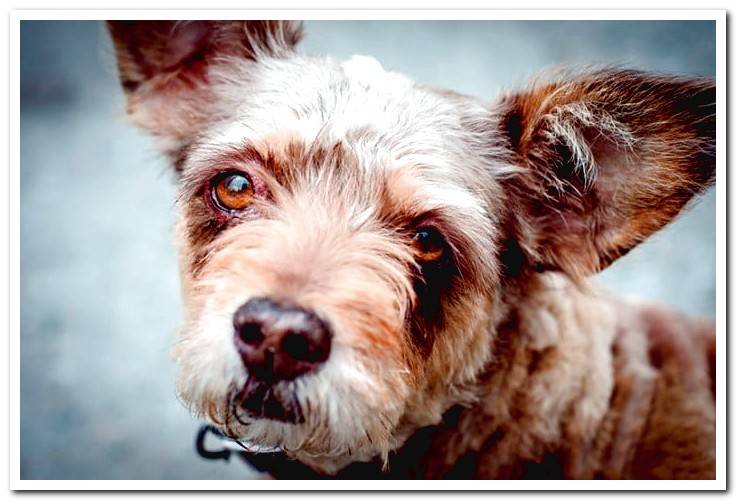 Just like people, dogs can have epileptic seizures. These episodes are characterized by short duration seizures, and it is important that we know this disease well to be able to detect it in case our dog suffers an attack.

Next, we will explain the main characteristics of epilepsy in dogs, to understand how it occurs, to be able to recognize it and to know what its treatment is.

What is canine epilepsy?

Epilepsy It is a disorder that occurs at the level of the brain, and is characterized by repeated seizures over time.

Seizures can occur in a dog as a single event for a variety of causes, but only if the seizures recur multiple times over a period of time do we call it epilepsy.

Why do seizures occur in epilepsy?

Seizures are caused by an electrical storm in the brain. Brain cells (neurons) use electrical and chemical signals to communicate with each other. This communication can be exciting (activating the next neuron), or inhibitory (turning off the next neuron). If the balance within the brain shifts too far into excitation, many neurons can become overly excited and a seizure can occur.. 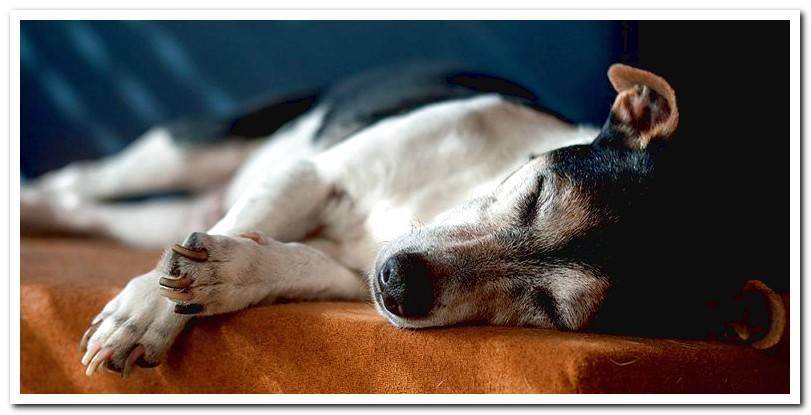 What types of epilepsy affect dogs?

What symptoms does epilepsy produce?

The defining symptom of epilepsy is seizures and there are two main types of seizures: generalized and focal (or partial).

In a generalized seizure, an electrical storm occurs throughout the brain, and the classic attack has three phases:

The face is the area that is most frequently affected (spasms or blinks). If the seizure spreads, other parts of the body will be affected. For example, the front limb may start to contract and bend.

During a focal seizure, the dog is generally conscious and can try to find its owner, confused by what is happening to him. Focal seizure may stop or generalize. If generalized, the pet loses consciousness and has a generalized seizure.

What factors determine when a dog will have seizures?

It is unknown with certainty what determines when an epileptic will have seizures; we can say that epilepsy is that it is unpredictable.

Some dogs have seizures on a regular basis without being related to any external factors, while in others, seizures seem to be precipitated by specific events like stress or changes in the weather.

The most common time for a dog to have a seizure is when it is relaxed and calm. They can even occur from deep sleep.

How is idiopathic epilepsy diagnosed?

Idiopathic epilepsy is diagnosed by elimination In other words, the veterinaryn looks for the possible causes of seizures (sometimes carrying out complementary tests: electroencephalogram, computed tomography of the brain, lumbar puncture …) and, if he does not find any, the diagnosis of idiopathic epilepsy is determined.

Age of onset and pattern of seizures (type and frequency) are the two most important factors to consider. to determine the diagnosis of this pathology. Idiopathic epilepsy usually occurs in animals between 6 months and 5 years.

Since seizures do not usually occur in the presence of the vet, it is very important that we describe to you as closely as possible what happens during the seizure episode and even videotape it.

This helps the vet determine if these events are really epileptic seizures, as other problems like fainting or dizziness c
an also come and go as seizures and can be similar to epilepsy.

How is canine epilepsy treated?

If the epilepsy is secondary, treating the underlying disease (for example, removing the brain tumor) may cure the epilepsy. However, in most cases, we cannot find the cause (idiopathic epilepsy), so it is necessary to administer medications to control seizures.

You have to understand that antiepileptic drugs do not cure epilepsy, so it is usual for therapy to be for life. The goal of treatment is to decrease the number and severity of seizures.

There is not a single medication and a specific dose that serves as a general treatment for all dogs, but therapy must be individualized according to the specific needs of each dog. Often this requires a trial or adjustment period to find the medication and dosage that work best for each case.

The most commonly used drugs in dogs are phenobarbital, potassium bromide, and diazepam. They all work by increasing inhibition in the brain, making seizures less likely. They can have side effects such as sedation and appetite stimulation.

What races are predisposed to idiopathic epilepsy?

One of the main objectives of the scientific studies that are being carried out on canine epilepsy is to identify the genes responsible for epilepsy in dogs. This will allow us to positively diagnose the hereditary form and take measures to decrease the incidence of epilepsy in dogs.