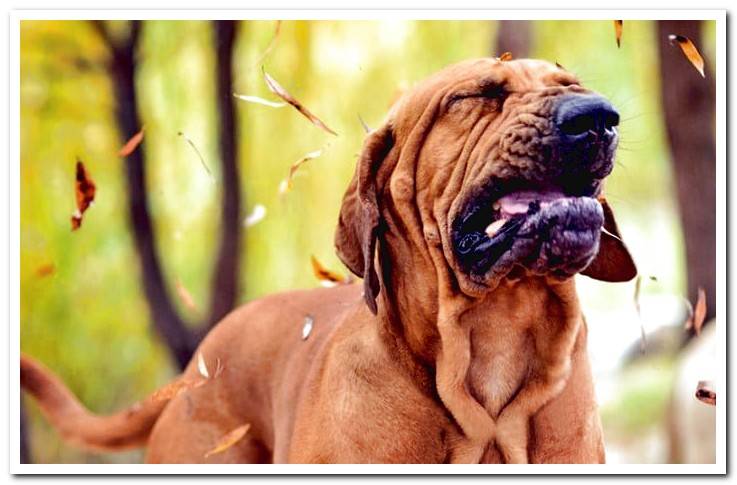 A dog sneezing is a sign that some cause is irritating its nasal cavity. A few sneezes from time to time are not worrisome and do not have to indicate a problem, but if they do not stop we should contact the vet.

This is especially important if sneezing is very violent, there is a nosebleed or other symptoms such as a runny nose. The most common causes of sneezing attacks are canine atopy, the presence of foreign bodies and rhinitis. Let’s see in detail when we should worry.

When is a sneeze worrisome?

If the sneeze calls our attention due to its violence, the dog cannot stop sneezing or, in addition, we observe a runny nose, we must go to a veterinary clinic. In addition, non-stop sneezing causes inflammation and congestion in the nasal region. This ends up causing noise when breathing and mucus that the dog will swallow.

What causes cause sneezing?

There are several causes that cause nasal irritation and consequently trigger sneezing. Canine atopy stands out, which is an allergic condition that occurs frequently in dogs.

But perhaps sneezing episodes occur more often due to a foreign body that enters the inside of the nose. Another cause is rhinitis.

Canine atopia It is a very common allergy in dogs. It occurs at the age of 1-3 years. It is more common in some breeds such as the Golden, the Labrador, the West Highland white terrier, the Dalmatian, the Poodle, the English and Irish Setter, the Boxer or the Bulldog. The dog reacts to pollen present in the environment, first only in certain months of the year.

But every time the dog is going to become allergic to more pollens, with what the picture ends up being presented throughout the year. Then the allergy It also develops when exposed to dust, mold, feathers, wool, etc.. In addition to sneezing, in these cases we will observe watery nasal and ocular discharge.

It is an allergic rhinitis. Affected dogs rub their faces with their paws or against any object. There is itching, which causes scratching and licking. As the picture progresses, the skin appears injured, the hair falls out and secondary bacterial infections occur. The skin thickens and darkens. It may appear seborrhea and otitis. 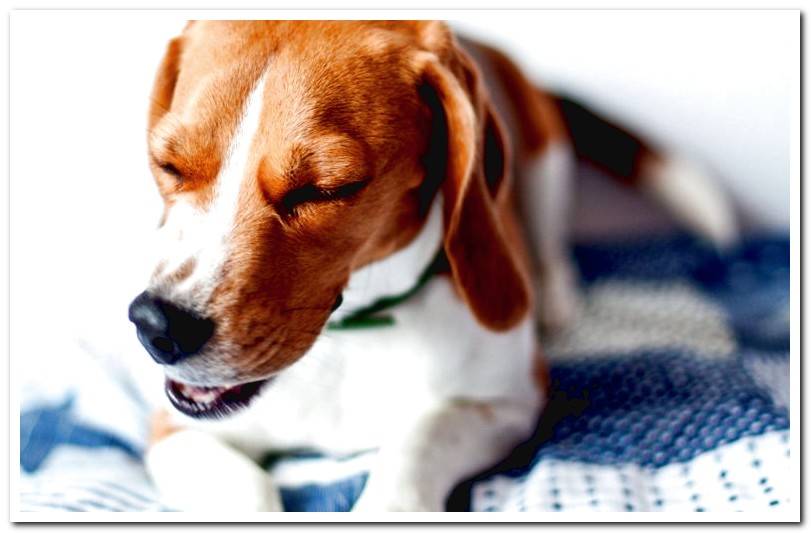 The presence of a foreign body is usually marked by a sudden onset of sneezing that stands out for its violence. The dog shakes its head and rubs itself with its paws or against objects. The force of these sneezes can trigger nosebleeds. Typically, it occurs only in the nostril where the foreign body is located.

These hemorrhages remit spontaneously, but when the sneezing continues, the bleeding continues and worsens. In this case, you have to go to the vet, since it will not help if we try to stop the bleeding while the sneezing is maintained. There are numerous foreign bodies that can lodge in a dog’s nose.

If the object does not come out on its own or we do not go to the vet to remove it, the sneezes will spread out and, with the foreign body embedded, as it tends to go deeper into the nasal cavity, an infection ends up developing. In these cases a thick discharge, with or without blood, occurs in the affected fossa.

Rhinitis is infection of the nasal cavity. It causes sneezing, a thick, foul-smelling runny nose and nausea from the mucus that ends up in the throat. It can appear before a foreign body or by a blow to the nose.

But There are also viral causes that are sometimes complicated by secondary bacterial infections.. Especially in puppies, this picture may be due to distemper. On the contrary, in older dogs, rhinitis is easier than due to a tumor or dental infection.

What to do if my dog ​​sneezes a lot?

If we visualize the foreign body lodged in the nose, we can use a clamp to try to extract it ourselves. For this the dog must be calm and it is likely that we need the help of another person to contain it. If you are restless, we do not see the object well or we are not sure if we can, we will go to the clinic.

Otherwise we will harm the dog or we will introduce more the object. Given the sensitivity of the nasal cavity, to extract the foreign body you have to sleep the dog. After the intervention, the vet will prescribe an antibiotic to control secondary bacterial infections. For the transfer, if there is bleeding, we can put ice wrapped in a cloth on the nose.

The solution to canine atopy is complex. It happens to prevent the dog from contacting all allergens. Currently, it works with immunotherapy based on injections that seek to reduce the reaction. Drugs are prescribed for symptom control. If sneezing is due to rhinitis, antibiotics or antifungals are used, depending on the pathogen.