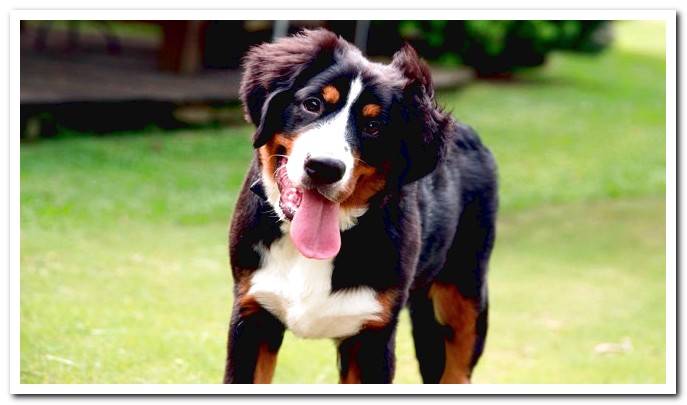 Regardless of size or breed, all domestic dogs share a series of very specific characteristics that will help us to understand their behavior and way of life a little better.

The common dog is actually a direct descendant of the wolf, socialized that if, for centuries. In the same group of canids we can find the coyote, dingo or fox. Did you know that they all have the same origins?

Let’s see what are the main characteristics of the domestic dog in this brief but complete guide.

The main senses of the dog

Dogs share the same senses as humans, that is, touch, sight, smell, hearing and taste. However, his senses are not comparable to ours since his vision, for example, is a little different from that of a human.

The sight of dogs does not allow them to see all colors, is for us to become an example, how to have color blindness. That is, some colors like red and green see them the same.

However, other senses such as smell or hearing have them super developed compared to us. A dog can smell a person or animal more than ten meters away (more than a hundred with the wind down), follow their trail and even locate lost people.

Its auditory system is not short either, which for a human would be an invaluable sound, a dog can hear it without problem. A clear example is when we get home from work, they they can hear our car and distinguish the sound of its engine among the other cars even long before we reach the garage.

Their taste buds are also highly developed, while the sense of touch, although developed, does not have as many nerve endings as that of humans. Perhaps this is why they are much more resistant to pain.

Being a descendant of the wolf it is understood that the dog has always been a wild animal, however for centuries it has been socialized working with humans in hunting and guarding.

Over the centuries, the companion dog and the help dog in locating people or assisting people with disabilities were created.

However, dogs are not serialized, that is, they are not born socialized. We must work on their socialization since they are puppies so that they get used to their environment and learn to respect and live together. 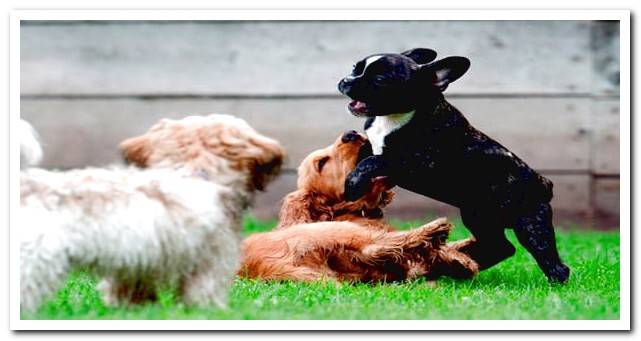 While it is true that some breeds are more likely to be socialized than others, also what is that with work and care any breed can be respectful, thus eliminating the myth of potentially dangerous dogs.

The essential steps for a correct socialization are:

They are actually very simple steps, but we must practice them daily so that our puppy grows up in peace with its environment and knows how to respect it. A well socialized dog is a dog that will rarely give aggressive problems.

We all know that dogs do not use words, but are nonetheless able to communicate with other dogs innately. In addition, humans can also learn their way of communicating, simply by looking at their expressions and behavior.

Something as simple as the movement of its tail, the position of its ears or its way of acting will tell us much more than it could tell us in words. Correctly interpreting their gestures is absolutely necessary to maintain a healthy coexistence.

Even barking is a clear form of expression that depending on the context, can be a warning signal or simply a way to get our attention. You can learn more from:

In its origins, wild dogs fed on the prey they hunted, being fully carnivorous animals. However, with the passage of time and domestication, more foods have been introduced into their diet.

It does not mean that current dogs are omnivores how many want to believe, their teeth and their digestive system continues to make it very clear to us that they are carnivores.

However, if they are able to assimilate, always in small quantities, other starch-rich foods such as some cereals and / or tubers. See the example of rice or potato, always cooked.

However, a balanced diet must always contain high percentages of quality meat. Being the use of natural products the most recommended with a notable difference, understand the BARF natural diet.

It should be noted that the health and longevity of a dog is largely based on the type of food it has received throughout its life.

Among the usual care that any domestic dog requires, we find ourselves obliged to always provide fresh and clean water, in addition to supplying one to four daily servings of food, depending on its age and nutritional needs.

So having a trough and a trough, preferably made of aluminum since they are the most hygienic, is essential. On the other hand, providing a comfortable and fluffy bed is also necessary. 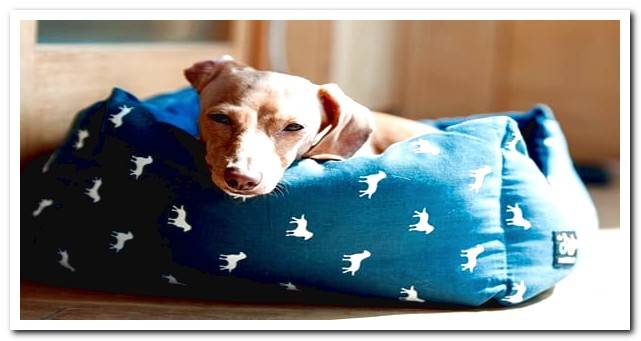 Those who let their dogs sleep in the garden should provide them with a kennel that protects them from the cold, heat and other elements. Being the wooden huts the most recommended due to its high insulating function (plastic or metal ones are not recommended).

So, a feeding trough, a drinking trough, a bed and a house in case you sleep outside are essential accessories. In addition to a collar and a leash to be able to go for a walk with them, remembering that any dog ​​needs between three and five walks a day.

In terms of health, we must worry about putting all mandatory and recommended vaccinations, to prevent them from spreading life-threatening diseases. As well as the corresponding internal deworming.

And not least, make several routine visits to the vet to verify your good health and go to it whenever we appreciate that something is wrong with your health. A dog is, after all, another member of the family, a great responsibility.

Life expectancy according to races and size

It is the small dog breeds that have the highest life expectancy, and can even reach the age of twenty, if they
have a good quality of life. Although the average is at fifteen years.

Medium and large dogs have a lower life expectancy, which ranges between ten and thirteen years on average. Being able to be older depending on your health and care.

We should not be sad when a dog dies of old age, but rather be happy remembering how good we had with it and be proud to know that we take care of it as well as possible. After all, tones we have a finite life cycle and what is important is not how much one lives, but how.

Females generally have their first heat over the year of life, depending on the breed perhaps a few months earlier. It is from that first heat that they are considered to be fertile or sexually mature to reproduce.

Males by contrast enter that maturity from fourteen or sixteen months of life, so in general, dogs can reproduce from very young ages.

Once they have reproduced, the gestation of the future puppies takes an average of nine weeks, after which the dog will go into labor, giving rise to between one and ten puppies (depending on the breed), sometimes even more.

From birth to two months of age, puppies they must remain with their mother at all times, since they will feed on breast milk that you supply by breastfeeding them.

It is from two months (approx.) When they begin the period of teething, that is, to show their first milk teeth, at which time they can gradually introduce them, special solid food for puppies. 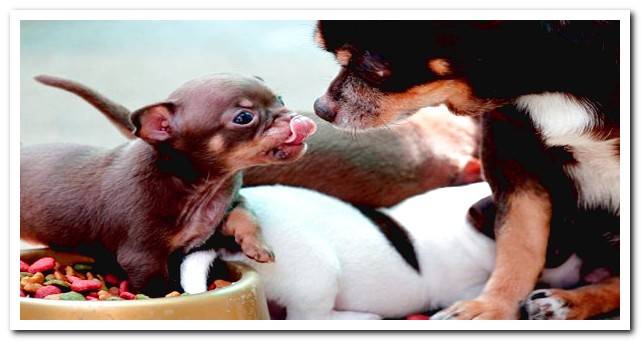 The dislike will occur at that time, between two and three months of life, when the puppy begins to assimilate solid food correctly and stops breastfeeding. Something that will do gradually.

Later, another period of teething will occur where the baby teeth will be replaced by their final teeth. Much stronger and more resistant, having a total of forty-two teeth.

Did you know…. puppies are born totally blind? It is with the passing of the days when they begin to see. So at first, they are governed by their hearing and smell.

Currently there are more than eight hundred breeds of dog, which makes it the mammal with the most variables on the entire planet.

Many of them are identified by the Fédération Cynologique Internationale and by state agencies as the royal canine society of Spain (RSCE).

These organisms catalog the races in ten different groups: