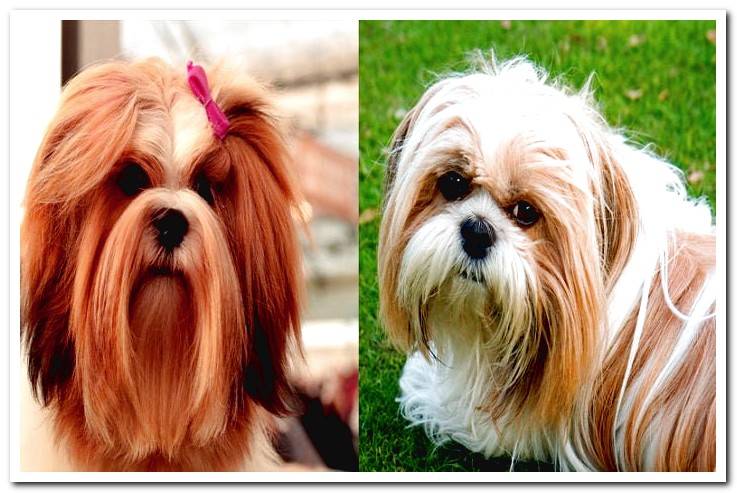 The Lhasa Apso and the Shih Tzu are two dog breeds originating from Tibet that stand out for their small size, shiny coat and beautiful appearance. Sharing these characteristics make them highly valued breeds and are among the best known in the world, although they also cause some headaches among their admirers when it comes to distinguishing them.

Do you know the differences between the Lhasa Apso and the Shih Tzu? If you are interested in adopting any of these breeds or just want to learn to identify them with a single glance, we show you all the details to learn how to distinguish them. Let’s go!

Characteristics of the Lhasa Apso

Before knowing the differences between the Lhasa Apso and the Shih Tzu, it is necessary to know in more depth the characteristics of each race.

The Lhasa Apso is originally from Tibet (China), although its sponsoring country is Great Britain. In the Asian mountains the breed developed in inclement conditions, so despite being small, this dog is very resistant.

It has a black truffle, reverse bite and also dark eyes, with an oval shape. The ears are one of its biggest attractions, since they have abundant fur and hang on the sides of the head.

The breed reaches a maximum of 25 centimeters at the withers. It has a dense coat with a hard texture, although not woolly. The coat grows to the legs, although it should not prevent the dog from walking. It comes in a variety of colors, such as sand, gold, white and brown gray, either pure or with areas that combine various shades.

As for the personality of the Lhasa Apso, it is a happy, confident and very independent dog. He loves them and is suspicious of strangers, even becoming a bit of a barker.

Characteristics of the Shih Tzu

The origin of the Shih Tzu is among the similarities that it has with the Lhasa Apso, since its sponsoring country is also Great Britain, but the breed is native to Tibet. The Shih Tzu was a royal dog and is known as a lion-dog, thanks to the beautiful mane it displays.

The Shih Tzu’s head is similar to a chrysanthemum, highlights its black truffle, the short snout with pincer bite. The eyes are large and dark, while the ears hang down covered in a dense coat of hair.

The breed measures up to 27 centimeters at the withers, both males and females. The coat is very striking, as it is formed by a thick woolly double coat, slightly wavy in some outer areas. Like Lhasa Apso, the coat can grow to its legs, but it should never stop the dog from walking. The cloak can appear in a multitude of colors, combinations of both are common, giving the Shih Tzu a unique appearance.

The personality of the breed is outgoing and happy, these dogs love to play and spend time with their owners, although they can be somewhat disobedient and even manipulative.

How to differentiate the Lhasa Apso and Shih Tzu races

As you have seen, there are many characteristics in which these races are similar, it is not easy to distinguish them! However, we offer you expert advice to learn how to identify them: