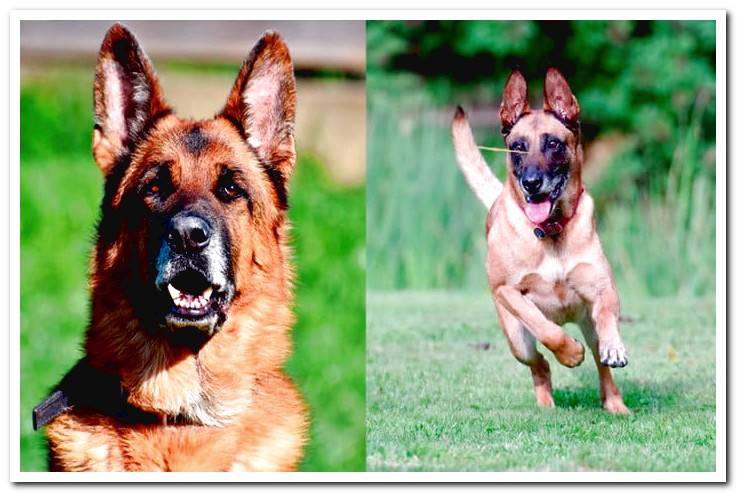 On many occasions, it is not easy to establish the differences between German Shepherd and Belgian Shepherd, since both dogs share characteristics. Medium size, raised ears and elongated muzzle are some of the similarities, but there are also some details that allow them to be differentiated.

Have you ever been confused when seeing one of these dogs? Let’s see what their main characteristics are to be able to differentiate them without problem at first visa. Ready @?

Originally from Germany, it is among the best known dog breeds in the world. It is a medium dog with an elongated body. Male specimens measure from 60 to 65 centimeters at the withers, while their companions measure from 55 to 60 centimeters.

The head of this shepherd is proportional to the size of his body, it is wedge-shaped and the muzzle is slightly elongated. It has a black truffle, accompanied by a snout with a scissor bite. The eyes of this breed are almond-shaped and have an iris in light tones, such as yellow and greenish. The ears, on the other hand, are pointed up to form a triangle.

The fur of the German shepherd It can be short or long, both with a double mantle. The characteristic color is black with fire or gray spots; however, there are also black and gray German Shepherds, either pure or masked. In addition, the types of German Shepherd can be classified according to the work they do (work or company) and the place where the variety is developed, since there are Czech, American, Western and Eastern German shepherds.

The German Shepherd is a noble and protective dog, it performs well as a guardian. Furthermore, he is playful and obedient, he loves spending time with his masters and enjoying outdoor adventures.

This sheepdog is native to Belgium, where it was used to guide flocks of sheep and fulfill guardian duties. It is medium and thin, but has great strength in the legs and torso. Males measure 62 centimeters at the withers, while females reach only 58 centimeters.

The head of the Belgian Shepherd It is straight and elongated, it has a black truffle and its snout with black lips hides a scissor or pincer bite. The eyes are almond-shaped and dark brown in color, framed by black eyelids.

The breed’s coat is heterogeneous, as there are several types of Belgian Shepherd. However, the Belgian Groenendael is similar to the German black, thanks to the color of the coat, while the black combination with fire or blonde is shown by the Malinois and Tervueren varieties. In these three types of Belgian Shepherd the coat is smooth and soft, long for the Malinois and Groenendael varieties, and short for the Tervueren.

The Belgian Shepherd, regardless of the color of the coat, is energetic and very playful, so it requires space to develop. Also, he needs training to channel his animosity and can develop as a guardian. 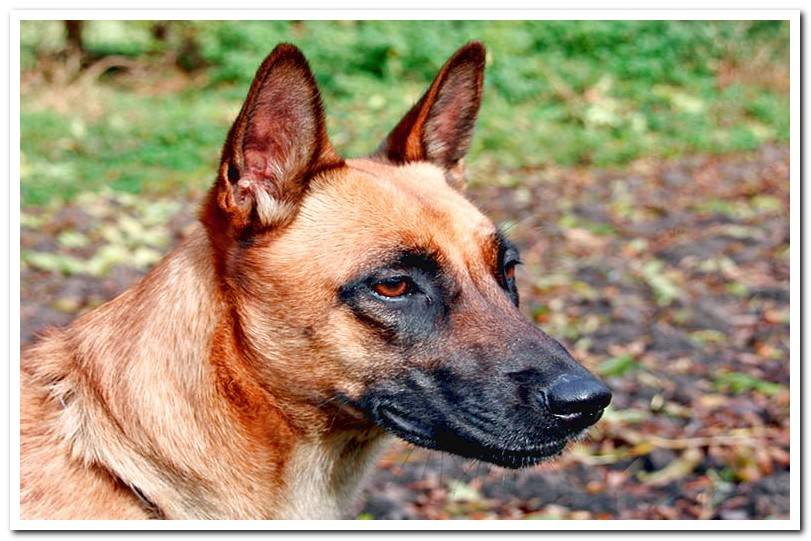 How to differentiate a German Shepherd and a Belgian Shepherd

At first glance it could be difficult to establish differences between German Shepherd and Belgian Shepherd, especially due to the varieties of fur that each breed presents. However, look at the following details to distinguish them:

Care required by a Belgian or German Shepherd

The different varieties of Belgian and German Shepherd require specific care. However, among the similarities of these breeds are the following needs: