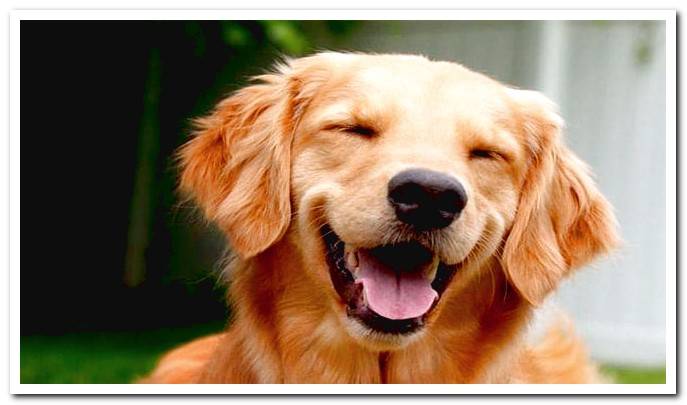 Every living being has two basic basic behaviors at the genetic level: surviving and reproducing to maintain the species. And of course our puppies were not going to be less … The preliminary symptoms of heat in bitches warn us of what is to come, nothing more and nothing less than the reproductive cycle of our dog.

This cycle is made up of several phases that show its evolution and that we can also appreciate. Actually, it is a great advantage to know them since this way we can prevent our bitch from getting pregnant or if we are looking for offspring, find the best time for it. We will review all the information we need to know to cope with the heat of a female.

What is the zeal of a female?

Zeal is the menstruation cycle of our dog, during which she ovulates and can get pregnant if we let her mate with a dog. It is a totally normal process that occurs in the vast majority of animals except for asexuals – hermaphrodites.

During the heat cycle our bitch will start to ovulate, will ovulate and try to be ridden by a dog to have offspring. We cannot fight against it since it is something genetic, so we must simply give it a lot of affection and give it the necessary care so that its zeal passes without mishaps.

How long does a bitch’s zeal last and how often do they have zeal?

This is a question that cannot be answered with complete certainty, since most bitches have a menstrual cycle of about three weeks duration. But there are always exceptions where the cycle can last just a couple of weeks and cases where it can last four or five weeks.

The usual thing is that our dog has a cycle of about three weeks, but it is not a fact to keep in mind to the letter, it can vary for various reasons that should not worry us. Only in case the heat of our dog does not end after four or five weeks, we should consult a veterinaryn.

At general levels, bitches have one or two jealousies during the year, there are no specific data to determine when they have them, since it can be in any season. Normally there is a period of six or eight months between heat and heat, although sometimes it takes much longer.

If our dog has one or two jealousies a year, it is within what we could classify as normal. If you are not jealous or have more than the indicated, you should consult a veterinaryn to inform us after having carried out the corresponding tests.

When does a bitch have her first heat?

A healthy bitch with a normal life without stress or anxiety, has her first heat between eight months and a year and a half old. Depending on each dog, its size and development can vary greatly the date of the first heat.

Generally speaking, small breed dogs tend to have the first heat between six months and the first year of life. However large breed dogs are in heat later, between sixteen and twenty-four months of age.

Applying a simple logic we can also determine that medium-sized bitches can have their heat between six and twenty-four months of age, although they usually have it over the first year of age or a few months later.

As you can see there is no mathematical formula to determine at what exact moment they have the zeal, although we can orient ourselves a little depending on their size and age. It is very important to note on a calendar the time when our dog has her first heat, since this way we can compare it with the second and stipulate more or less every few months the heat is. 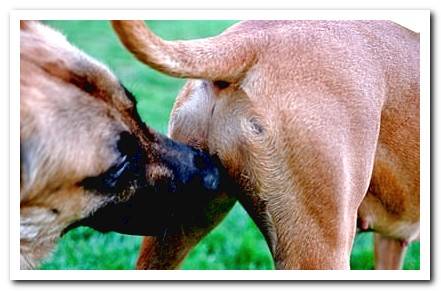 Symptoms and cycles of heat in bitches

Bitches have a characteristic behavior when they are in heat and even depending on the cycle they are in, it can vary a lot. So we are going to go over the heat cycles in a female and their corresponding symptoms:

The cycle in which our dog begins to ovulate and stain can be called Poestro, it lasts between six and twelve days. It is completely normal for us to see blood stains on his genitals and even stain at home or on the street. They usually only drop a few drops of blood, but sometimes the staining can be much higher.

During the Poestro our dog will not be very receptive to the males, that is, she will not let any male ride her. Sometimes they are a little more aggressive or less social than usual, due to the great hormonal change that their body suffers.

If we appreciate these symptoms we must be a little more cautious and avoid that our dog gets angry with other dogs, mainly females. If menstruation blood stains are a problem because our bitch lives indoors, we can use special panties for bitches or compresses for bitches.

Estro is the name given to the cycle that follows Poestro and which generally lasts approximately two weeks. Depending on each bitch, this cycle can last a little less or a few days more, although not many.

During Estro the female no longer stains and her ovaries are fully prepared to be fertilized by the semen of a male dog, we will appreciate that her genitals are somewhat more inflamed than usual. In this phase the bitches in heat are very receptive, letting the male who likes them mount them. It is the only phase during which a female allows a male to mount her and fertilize her.

This cycle is very complex since bitches not only let them ride them, they feel the need to be ridden. It is completely normal that they try to escape looking for a male to procreate, so we strongly recommend that a bitch is never released with this cycle unless we want offspring. It is best to keep them on a leash and avoid going through places where there are male dogs.

Their behavior is different during the Estro cycle as they become more cuddly and respon
sive, more playful and even joyous. They are qualities that arise with a single purpose: to attract a male. Males have a really hard time during this phase of the females since the smell they give off makes them crazy with love.

If the mating finally occurs, it is very likely that our dog will get pregnant and finish her heat to start the pregnancy: How long is the pregnancy in dogs?.

Once the Estro cycle is over, what is defined as the Metaestrus cycle begins, which is nothing more than a long period of sexual rest during which bitches will not want to procreate. It lasts about twenty weeks during which the dog will not be receptive, will not let a dog ride it.

During this cycle the female rests hormonally and sexually, leaving a prudent time until her next heat. There are no blood spots or swollen genitals, everything is back to normal and our dog will show her normal behavior. 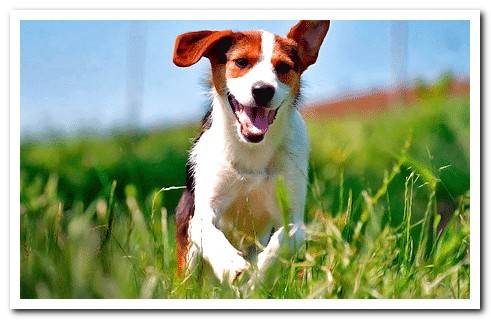 How can I prevent my bitch from being in heat?

There are very effective techniques to prevent a bitch from being in heat, the main one is castration, although in bitches it could be called emptying. It consists of a very common and not very dangerous operation that will prevent our bitch from ovulating and, consequently, 100% avoid that she may become pregnant.

The castration in bitches is highly recommended if we don’t intend for our bitch to have offspring. With it we will prevent our bitch from staining and having the typical cycles and symptoms of any menstruation in bitches.

There are many urban legends that say that to castrate a female you have to wait for their second heat, etc … We should not pay attention to this type of urban legend. We can castrate our dog before her first heat without any problem, although we usually wait for them to finish the first heat to make sure that they are fully developed before castrating them.

If we do not want to castrate her, we can also sterilize her thus preventing her from getting pregnant. Although this does not prevent it from being as zealous as any other normal dog, it simply prevents it from having offspring. If we do not want to operate to sterilize it, there are injections that act as contraceptives, for sale in veterinary clinics.

Why do dogs go crazy when a bitch is in heat?

Male dogs do not have sexual cycles as females do, they do not have heat or define symptoms. But the females, when they are zealous, in addition to becoming more affectionate for a dog to ride, release many but many pheromones where they pass.

The usual thing is that a bitch in heat urinates much more than normal, it is a technique they use to make their mark and in the process drop a lot of pheromones that will drive male dogs crazy with love. This is why males get so heavy when they see a bitch in heat, constantly chasing them to ride them.

If we have a bitch in heat we must absolutely avoid walking around places where there are more dogs, just as if we live at home with a male and a female, we must separate them during the rutting season, except if the male is neutered.

If, of our own free will or by accident, our dog copulates with a dog, we should never separate them since we could cause irreparable damage to their sexual organs. You can learn how dogs reproduce And what are the steps to follow, if you are thinking that your dog has offspring.