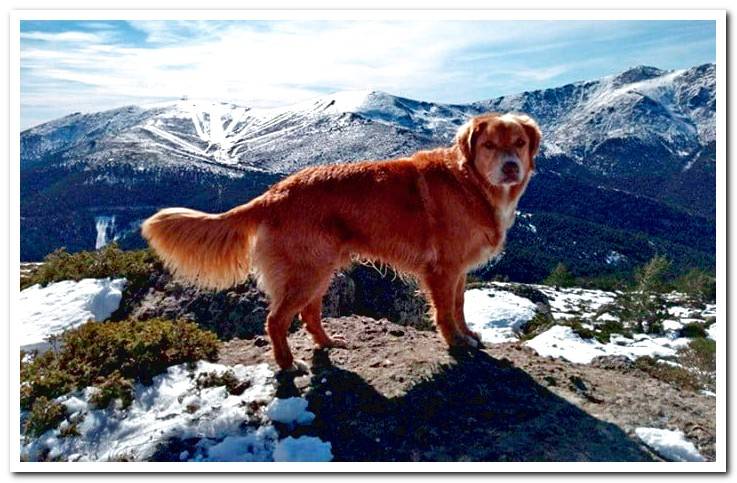 Its beauty, friendliness, agility and intelligence are some of the qualities that most attract the attention of this very particular breed. And despite being possibly the least known retriever breed, it is undoubtedly one of the most interesting. Do you want to know all its details?

The Nova Scotia Retriever is a medium-sized dog, strong, muscular and compact. Its eyes are medium-sized and almond-shaped, drooping ears and a tail with abundant hair are very intelligent and easy to train.

His hair is medium-long and the color can vary between red and orange. 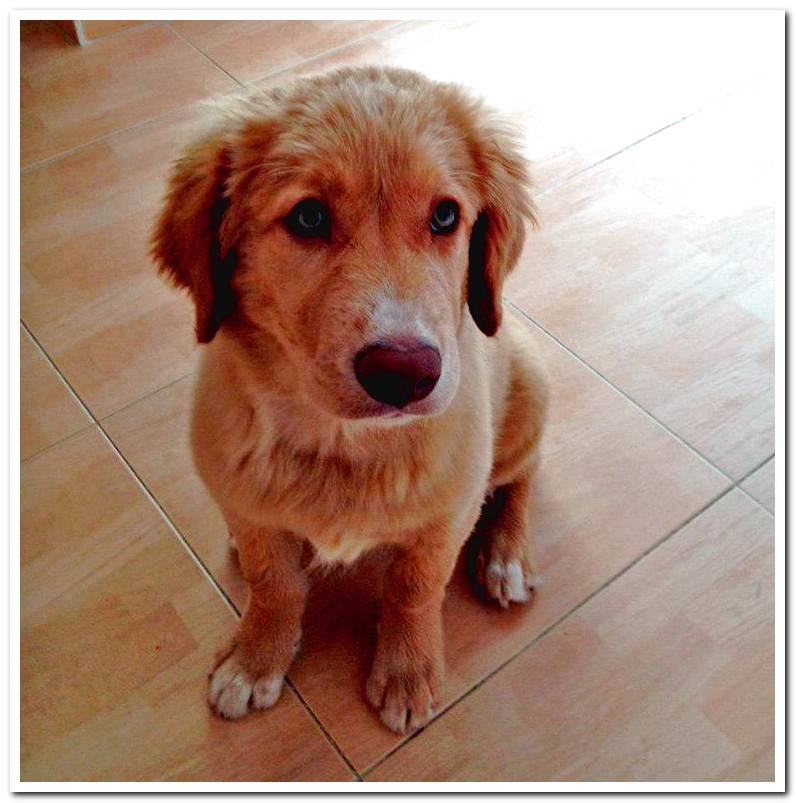 What is the character of a Nova Scotia Retriever?

If you are thinking of adopting a Nova Scotia Retriever, it is important to know that this breed has a very friendly, caring, patient and playful character. It is perfect for living in big or small houses, with children, the elderly and other dogs or pets.

Although with a rather sad facial expression, these dogs are the opposite, happy, awake, playful and very active. Although somewhat reserved, these dogs they are ideal as pets, since they get along well with everyone.

Another of its important qualities is the intelligence they have. The Nova Scotia Retriever is very receptive to training. He quickly learns a multitude of tasks and understands quickly if he is reprimanded for inappropriate behavior.

It should be noted that this breed of retriever is the most shy and reserved with strangers, so it is very important that they receive socialization from puppies. Also, they are very quiet dogs that only bark when they need to warn of dangers or communicate something important.

You need a lot of daily physical activity It is more active and energetic than the rest of the retriever. Therefore, it is an ideal companion for people who do sports. Similarly, these dogs they love swimming, given its origin as a waterfowl hunter.

Any pitching game will be a great entertainment for him, like catching the ball. Your enthusiasm for the job is visible when your master invites you to start an activity.

The Nova Scotia Retriever it is not a dog that needs varied specific care, except for three main points, food, physical activity and hygiene. The amount of food I think the dog should eat is closely related to the exercise it performs.

It is highly recommended to make regular visits to the vet to check your health, and take care of your hygiene by bathing only when you need it and with a shampoo suitable for your hair. Also, we should brush her hair at least once a week.

If you follow these simple tips, your Nova Scotia Retriever will find mental and physical balance and stay healthy and strong.

Although this breed tends to be in very good health, some specimens tend to suffer complications from a weakened immune system or hereditary disorders:

The feeding of these dogs must be controlled since they tend to be overweight. Its longevity is above average.

It is considered that, After several crossbreeds, including the Golden Retriever, the Chesapeake Retriever, the Irish Setter, and possibly the Cocker Spaniel, the Nova Scotia bill collector was born in the 19th century., in Yarmouth County, Nova Scotia, Canada.

From its origins, this breed was bred for hunting waterfowl. To do this, the Nova Scotia Retriever mimics the activity of foxes, playing near water to attract the attention of birds. Next, the hunter shoots and the dog collects the prey and takes it to its master.

At first, the breed was known as Little River Duck Dog or Yarmouth Toller and it was not until 1945 that the breed was admitted to the Ca
nadian Kennel Club and its official name was determined. Then in 1982 the International Cynological Federation (FCI) recognized the breed.

The Nova Scotia collector remained as endangered specie until the efforts of Scandinavian breeders in the late 20th and early 21st centuries increased their upbringing and popularity.

Even so, this breed is less popular than the rest of the retriever, becoming considered a rare breed on the European continent. However, these dogs are quite popular in North America today.

Among some of his curiosities he highlights that these dogs are excellent swimmers. In fact, today they are still used in aquatic areas for hunting due to their ease of movement in the water.

Furthermore, given the agility, athletic build, and continuous activity of the toller, as it is colloquially known, the smallest of retrievers excels also in Agility and obedience competitions.