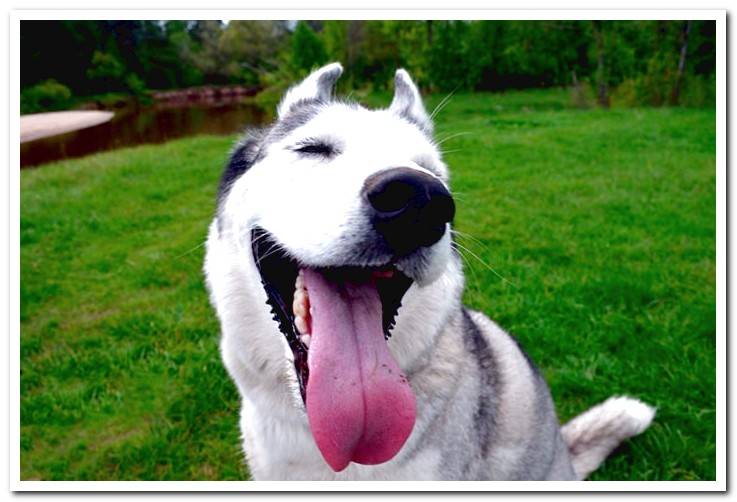 His sweet gaze does not deceive, since the Siberian Husky is affectionate and a good playmate. It is also a breed of curious dogs and a bit naughty, so … try to set the limit for them from puppies!

These dogs like to share activities both inside and outside the home, so they are a good option for active people. Discover in this article what else hides behind those beautiful crystalline eyes.

Siberian Husky are working dogs, of medium size and with an agile and light texture. They have a compact and well balanced body. Their neck is arched and they usually tilt it forward when on the move. The back is straight, with a strong and well leveled back. The chest is deep and not too wide.

On the other hand, the legs have a solid structure. Neither the front nor the rear are completely parallel. The feet are oval and completely covered in hair. The tail looks like a brush and is carried on the back in the form of a sickle, without settling on the back.

The skull of these dogs is rounded in its upper line, with a size proportional to the body. The muzzle is tuned towards the truffle, which has a color in tune with the fur; can also be flesh colored. The eyes are almond-shaped and oblique, in shades of brown, blue or with heterochromia (each one of a different color). The ears are triangular and hairy.

The cloak, finally, is double-layered. The undercoat is very dense and soft, while the outer coat is straight and quite long. Among the most common colors are black, brown, red and pure white. Different patterns usually appear on the fur of the head.

What character do Siberian Husky have?

These dogs are usually very affectionate and love to be pampered. They will adapt seamlessly to family life, establishing meaningful relationships with all household members. His favorites are almost always children, with whom they are very protective.

Their personality is independent and don’t expect them to be behind you all day. However, they will seek your attention when they feel like playing. Siberian Husky they are curious and mischievous, so make sure they don’t try to be too smart. Like a young child, they will measure how far their limits go.

On the other hand, they are very sociable dogs, who will welcome anyone who comes close to home. So, not recommended as guard dogs. With other dogs they will be just as friendly. Plus, they have a pack personality, which means they need to feel like part of the pack and be able to trust a strong leader.

Despite their innate sympathy, the Siberian Husky they are difficult to educate. Their mischief and intelligence make them difficult students. They are not dogs for novices or for people with a very permissive temperament. Training must be firm and consistent to achieve good results. Patience is key, as they will constantly test your leadership.

A Siberian Husky rarely barks, but tends to howl. Obedience training is essential to control this noisy behavior, even if you don’t expect it to go away entirely.

How to Care for a Siberian Husky

Due to its intense energy, it is not recommended that a Siberian Husky live in small apartments or in houses without a patio. They could only adapt if your outdoor physical activity needs are well met. A boring Siberian Husky is like a tornado, so spending time with gaming sessions, walks, and canine sports is a must..

Something you should keep in mind is that they are true escape artists. They can jump fences or dig underneath, climb boxes, or remove their collar. To avoid disappointment, detect the weak points of your patio and make sure there is no risk of leakage. One way to control their digging needs is to give them a safe space so they can let off steam.

During the outings, always take them on a leash, as they love to snoop beyond what is recommended and they will not always remember the way back. Too tend to chase small animals (not because of a hunting instinct, but to play with them).

Although they can adapt to living in temperate climates such as the Mediterranean, they will not have a good time during the hottest times. Huskies love the cold and playing in the snow. Cutting their hair very short in summer is not a good idea for their skin.

Actually, its coat needs little attention. One brushing a week will suffice. However, there are twice a year when they shed large amounts of hair. It is in those moments when you must intensify the use of the brush. The baths will only be necessary every four or six months, since they usually clean themselves. Yes, just like cats do. 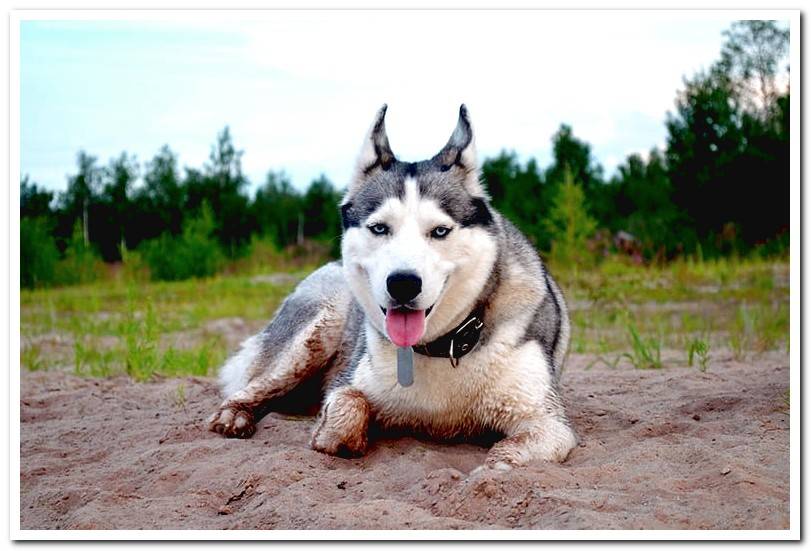 The Husky lived from time immemorial with the Chukchi tribe in northern Siberia. Their duties were to accompany hunters, help transport food, and keep children warm during frosty nights in the village. Isolated for centuries in this inhospitable region, the purity of the breed was maintained for generations.

As early as the 20th century, during the Alaska gold rush, they were used for transportation by fortune seekers. Due to their great resistance and speed, they were perfect for legendary sled races through these landscapes. The variety continued to develop and is now considered genuinely American.

Its imposing appearance and its loving temperament are very attractive. However, the curious and mischievous character of the Siberian Husky is not always taken into account, which is why some end up being abandoned. The Husky is not a stuffed animal and requires time.

Did you know that they consider themselves a heroic race due to an event that occurred in 1925? In the midst of a major snowstorm, they were able to pull a sled for more than a thousand kilometers in just five days to find medicine that would save the lives of dozens of people.

“Balto”, which even has a statue in New York’s Central Park, and “Togo” were two of the protagonists of this feat. The story has even been brought to the big screen.