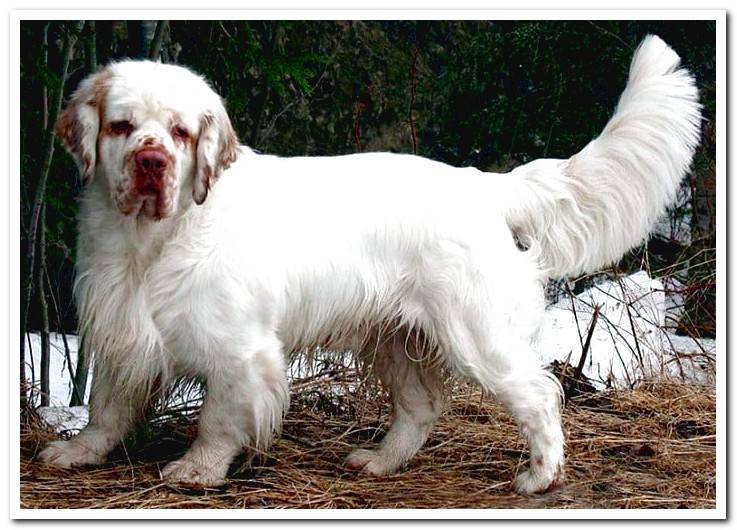 His tender and thoughtful gaze will conquer you. This breed of dog is related to the Saint Bernard and the Basset hound, being highly appreciated in Anglo-Saxon countries. Due to its robust complexion it is the heaviest of the spaniel. However, his tracking skills are unbeatable.

If you are looking for a dog with a calm and familiar character, this can be your ideal companion. But before you decide, don’t miss all the important details about the breed. Ready @?

Its body is long and compact. His past as a hunter has made him develop powerful muscles. His head, somewhat out of proportion to the rest of his body, and his deep chest will catch your attention.

It has some amber eyes with very marked eyebrows, low and populated insertion tail. Large vine-shaped ears that hang slightly forward. Its coat is dense, woolly, long and silky. 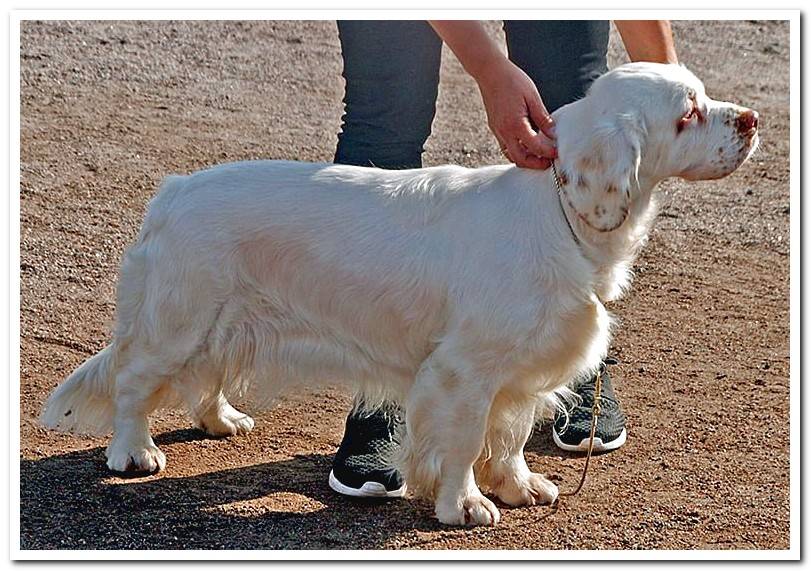 What is the character of a Clumber Spaniel dog?

It’s about dogs extremely loving, active, intelligent and silent. They are easy to train given their good memory and they love the company of humans. Therefore, do not leave him alone for too long or neglected because he could be noisy and nervous. They coexist perfectly with other pets, as well as with children.

Of course, it will not approach the strangers at first. To avoid this, it is advisable to socialize them from puppies. its affectionate temperament It makes it a suitable specimen for any profile, as long as there is a certain amount of time each day to procure the care and the company that it claims.

Due to its desire for adventure, and its size, you must provide it with enough space so that it can function as it likes. However, you must take certain precautions to avoid unpleasant surprises, since they are given to experimentation and could get lost.

Recommended care for a Clumber spaniel

If you plan to welcome a dog of this breed you must pay special attention to physical activity and control of your diet, since they are specimens with a tendency to be overweight. They are active dogs, with need for movement to stay balanced and happy. Consequently, you’ll need to set aside a little time each day to play with him or go for a walk.

Due to the quality of its skin in the area of ​​the ears, mouth and eyes, you should check it every so often to make sure that there are no infections or mushrooms. In the ears and legs you must make sure that you do not detect ticks, since they can transmit many diseases and are prone to staying in those areas.

Its coat requires weekly brushing in order to prevent skin infections and the presence of parasites. You should bathe him at least every 6 months and avoid physical activity when it is very hot outside, because they are sensitive to overheating. Do not forget vaccinate according to your schedule and go to periodic veterinary reviews. 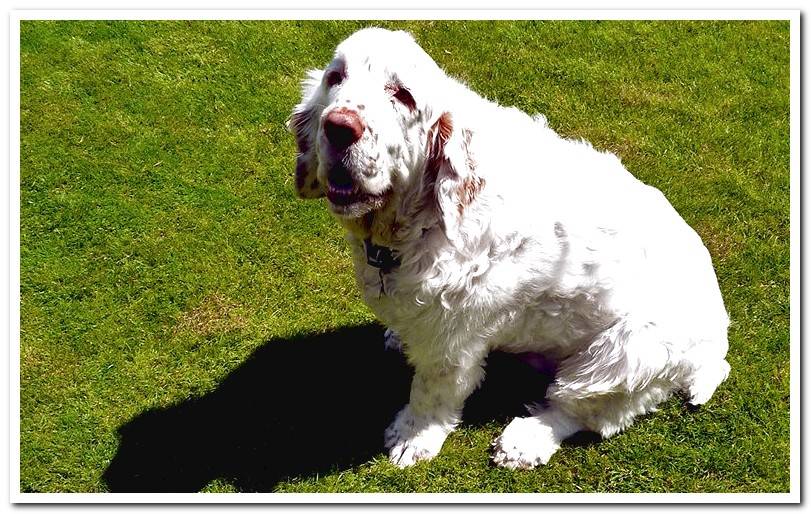 Although these dogs are not known congenital diseases, they have a certain predisposition to accuse the wear of their joints, being the patellar dislocations, the hip dysplasias and ectropion the most recurrent affections. In large part, motivated by its size and heavy bones.

The Another great focus of his pathologies resides in the eyes., especially in the area of ​​the eyelids that tend to develop infections. Consequently, in your veterinary reviews the specialist will focus particularly on them to confirm that they are in good condition.

Preventing obesity takes special importance in this breed in order to preserve the good condition of its joints for a long time. As well as administering natural chondroprotectors.

It could be said that this breed is purely british, since as a consequence of the French Revolution the Duke of Newcastle brought to Britain the spaniel given by the Duke of Noailles and laid the foundations for this breed.

It was crossed with local spaniel resulting in a specimen in which features of the Saint Bernard and the Basset hound. Their breeding took place in the late 18th century in the Duke of Newcastle’s family home in Nottinghamshire, Clumber Park. Hence its name.