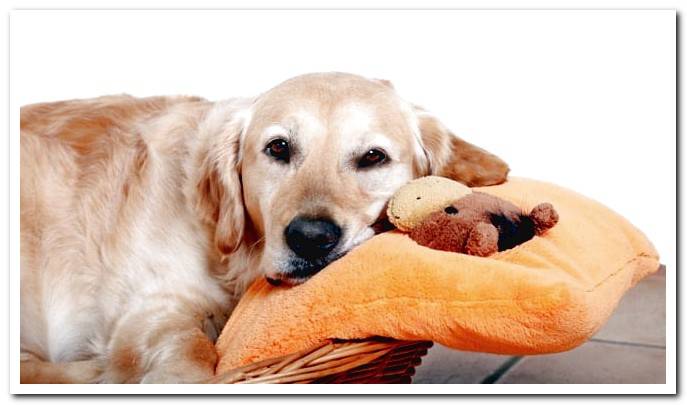 Psychological pregnancy, also called false pregnancy, pseudopregnancy or pseudociesis, occurs when a dog, after heat, behaves as if she had become pregnant, without actually being pregnant.

It is a fairly common disorder among whole bitches, that is, those that have not been sterilized and, although it seems to be reduced only to the psychological sphere, the truth is that it can lead to physical pathologies.

How does the psychological pregnancy take place?

Psychological pregnancy is a hormonal disorder that is caused by progesterone produced by cysts of the corpus luteum of the ovaries in the same amount as if there were a real pregnancy. Symptoms appear between six and eight weeks after estrus, which is the period of receptive heat.

A dog suffering from a psychological pregnancy is likely to suffer again after the next heat. It is not usually a serious disorder, but we must bear in mind that, for the dog, it is a stressful situation that we must avoid.

Symptoms of psychological pregnancy in a bitch

A dog with this disorder is going to present the whole typical picture of a pregnant dog, just as if she were truly in a state of gestation. Thus, the symptoms that we can detect in it are the following: 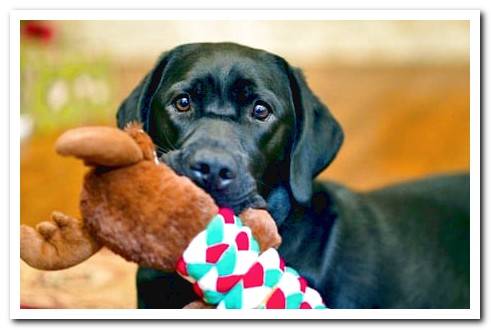 Mastitis as a symptom of psychological pregnancy

The hardening of the mammary glands or galactostasis can occur as a consequence of psychological pregnancy. It is a symptom that must be treated. It is produced by milk accumulation and causes breast dilation, pain and heat. In dogs with a psychological pregnancy it is due to the lack of puppies that can feed on milk.

Also, bitches who suffer mastitis They will have a highly developed maternal instinct, which leads them to lick their breasts frequently. This manages to stimulate them, so that more milk is produced, aggravating the problem. We must prevent it from licking and we must not touch the breasts either, because we would produce the same effect.

An Elizabethan collar can be used, which usually increases the stress of the bitch. In this way, milk production will decrease, since stress hormones affect lactation. The vet will assess the table to recommend the most appropriate management. Sometimes the administration of a tranquilizer or a milk inhibitor is required.

What is the treatment for psychological pregnancy?

First of all, before thinking about treatment, it is necessary for the vet to check that the dog is not really pregnant. Once pregnancy has been ruled out, in many cases of psychological pregnancy it is not necessary to administer any treatment.

This disorder usually resolves spontaneously in, at most, about twelve weeks. Of course, if the dog as a consequence of the psychological pregnancy shows excessive aggressiveness or worrying or the symptoms are very serious, the vet can guide us a hormone-based treatment.

The problem is that the drugs that can be used involve considerable side effects, such as pyometraThat is why their use is very restricted and it is not advisable to administer them after each heat, if the dog suffers from recurrent psychological pregnancies.

Sterilization as a solution

We can overlook our dog’s psychological pregnancy, but since it is common for them to experience recurring psychological pregnancies after each heat, it is our responsibility to prevent them. For this, the solution is sterilization, which usually involves, in veterinary medicine, the removal of the uterus and ovaries.

This surgery, possible and recommended before the first heat, avoids disorders such as psychological pregnancies, breast tumors, uterine infections and, of course, reproduction.

Unless we are legally established breeders, this should be our option as part of responsible and health care tenure. Spaying, in bitches with psychological pregnancy, should be performed once the symptoms of pseudopregnancy have subsided.

Management of the bitch with psychological pregnancy

In addition to the drugs that the veterinaryn may eventually prescribe, in some cases it is necessary to modify the diet or decrease the amount ingested. The vet can also recommend parsley, since this herb inhibits the action of progesterone.

It is also convenient to distract the dog, proposing activities such as frequent walks. While away from home, another person can remove the dolls that the dog has adopted as puppies, to diminish the maternal instinct.