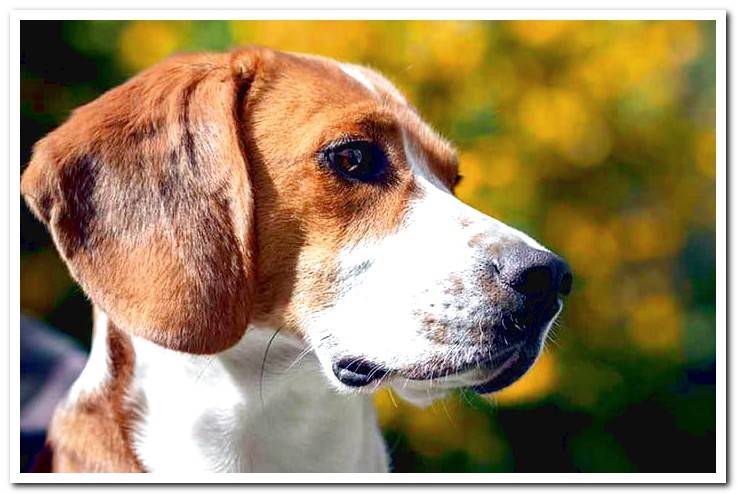 The American Foxhound or American Foxhound is a dog with a sweet, independent and docile character. Its origin dates back to the United States, where it was formerly bred as a hound dog, thanks to its agility, smell and speed to run.

Do you want to know what are its main characteristics and care? Discover all the information we have collected for you about this breed.

The history of the American Foxhound is very curious. George Washington, hero of American independence, played a key role in its development.

Even after independence, the elite of the United States retained many of the English customs; among them, fox hunting. This American hound was born as a result of the breeding of English Foxhound in the New Continent, where he crossed paths with French hounds.

George Washington personally supervised the breeding of the new dogs. The characteristics of this breed were definitively established after the Civil War.

Physical characteristics of the American Foxhound

We are facing a medium, slender and muscular dog, although without looking heavy. The muzzle is slightly elongated and square in appearance, with a black truffle.

The eyes are large and with a friendly, almost sweet expression ; they appear brown or hazelnut. The ears are long, wide and droopy.

The coat is short, hard and abundant. The coat appears in multiple color combinations, although there is a very common one: a mixture of white, black and reddish, varying some of the colors towards the background, while the other two show the typical stain pattern of the breed. 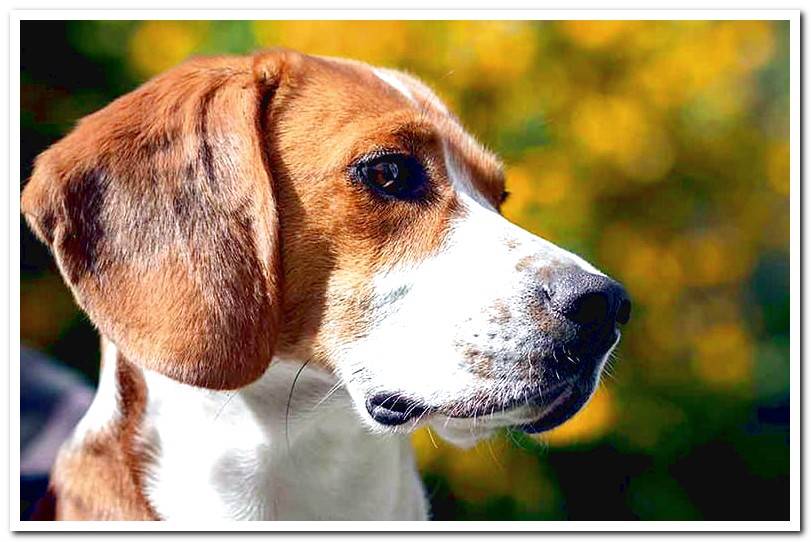 How is the personality of the American Foxhound?

Those who have one of these dogs at home know its sweet, faithful and docile personality. However, it is not recommended for novice breeders or families who have never had dogs, as it requires a lot of training.

The American Foxhound gets along well with other dogs, cats and children, as long as they have received proper socialization and dog training. This breed also have fun playing with active kids and enjoy spending time with family.

Your bloodhound instinct makes it a barking dog, so it takes a lot of patience to train it. Otherwise, barking could become a nuisance.

What care does an American Foxhound need?

It is advisable to start training as a puppy, preferably with a canine trainer, if we do not have the knowledge. Emphasis should be placed on obedience commands.

This breed you need between one and two hours of daily exercise. Otherwise, it will not release all your energy and will develop destructive behaviors. It is important that we take this into account before adopting it; if we do not have enough time, it is better to opt for a calmer breed.

Among the activities that we can do with it are running, bike rides and walks. Its tendency to follow trails can be dangerous during walks, we must always carry it on a leash or harness.

Also, enjoy games to find prizes or chase the ball, whether in the home garden or in parks. We can also enroll you in Agility.

Short coat requires 1 or 2 brushings per week. Bathing is only necessary when the cloak is dirty.

Common diseases of the breed

It is a healthy breed. By following the vaccination and deworming schedule, in addition to one or two annual visits to the vet, we will keep you healthy.

In addition to this, it tends to suffer from: