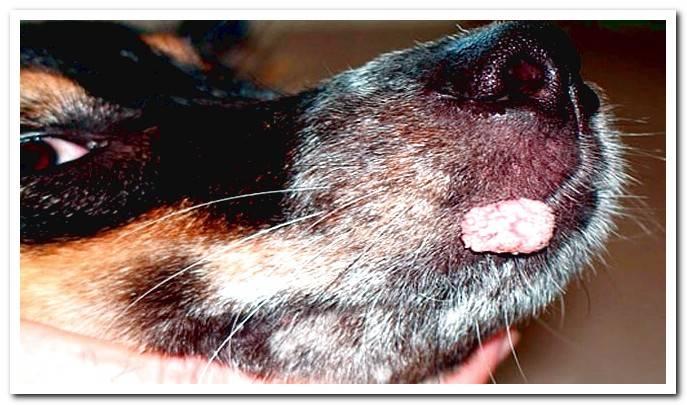 It is not uncommon for a dog to have warts and it is common for our first reaction to be to remove them. But before, we have to know why they have come out, they are generally associated with canine papilloma although the diagnosis can only be given by a veterinaryn.

Warts are benign, superficial tumors, but they do not always have to be removed. This is normally only necessary if they are a nuisance to the dog and can only be removed by a veterinaryn.

The warts fit within benign and painless tumors. They are superficial, are located on the skin, appear in different parts of the body and are not serious. They can cause discomfort depending on where they are located or size, since it is normal for them to grow. It is common for them to bleed. Its origin is associated with the canine papilloma virus.

Papillomaviruses are small in size and belong to the Papovaviridae family. Three of them are those that can affect dogs. These viruses are transmitted by direct contact or by fomites They are any substance that can be contaminated and transmit the virus. It is also possible that insects can spread them.

Warts are seen externally as larger or smaller bulges. Its cauliflower-like appearance stands out, making them easily recognizable. Dogs, in addition to warts, can present other benign tumors that, although they do not have a viral origin, show an appearance identical to that of warts.

Warts derived from canine papilloma virus they appear mainly in the mouth, on the lips or on the feet. The most affected dogs are those under the age of two and the elderly.

These warts are pink, but they grow and modify their coloration, turning gray. They end up falling spontaneously. In cases where they bleed we will see them blackish, since a scab forms with the dried blood. These situations can make the veterinary intervention necessary. 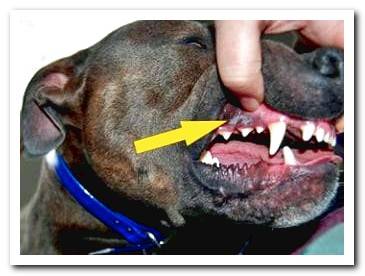 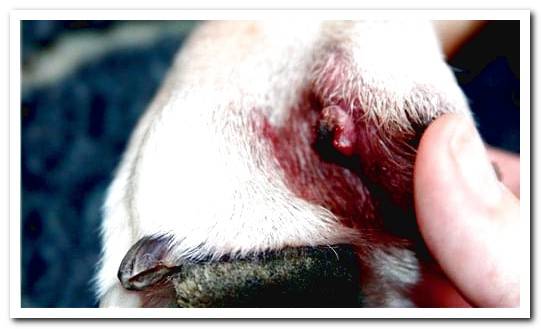 Which dogs have warts most often?

It is more common for warts to appear in older dogs. But they can be presented in copies at any time of their life. In fact, its viral origin means that younger dogs, with a more immature immune system, are also affected relatively frequently.

In addition, dogs with this weakened immune system, such as those who already have a disease, especially if it is chronic, will also be more likely to be affected by warts.

For sale there are several products that are promoted as effective in removing warts. They are formulated for human beings and it is not a good idea to put them on our dog’s warts. The correct thing, always, is to go to the vet, since he is the right professional to look for the cause of warts and establish the treatment.

Being the manifestation of a virus, lWarts can be contagious among dogs.. Thus, we must pay attention to contact with other specimens. Papillomaviruses affect other species, but they are specialized, which means that of dogs will not be transmitted to people or other animals.

How to treat warts

In principle, since warts are benign and do not pose a problem for the dog, no treatment is required. In fact, they can go away on their own. Many of the warts will not interfere with the dog’s quality of life or with its daily activities.

The exception would be those cases in which the wart causes some considerable discomfort to the dog. This discomfort is usually caused by rubbing or bleeding. In the mouth it is easy that, when eating, these circumstances can occur. If a wart needs to be removed, surgery is the most appropriate option.

On the other hand, since the wart is a consequence of the presence of a virus, it is indicating that the dog’s immune system is weakened. It is a good idea that we review their living conditions, including food, in case it is necessary to implement any change.