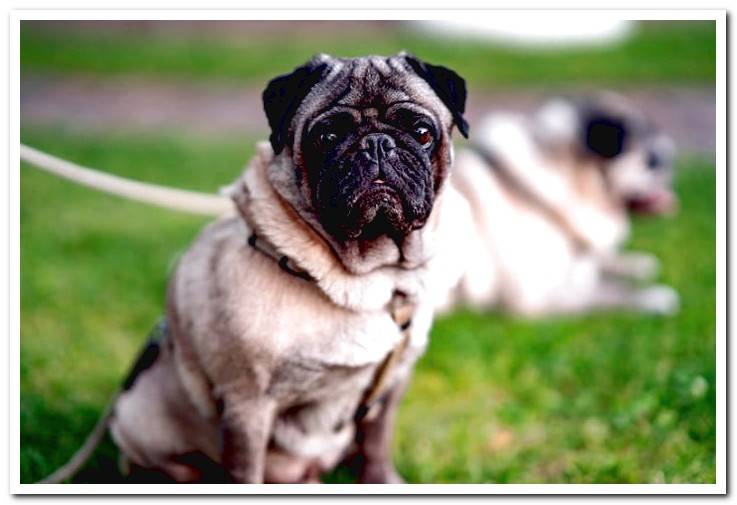 This small breed attracts attention, first of all, for its appearance, in which its dark face and flattened nose stand out. Pug are brachycephalic dogs, an anatomical conformation that is associated with some health problems.

As for the character, these dogs are really nice, happy and playful. Of course, we can not expect them to accompany us on long walks or in canicross tests. They are suitable for people with sedentary habits.

Origins of the Pug breed

The Pug are dogs from China and their origins date back to ancient times, around 2400 years ago. They have always lived as companion dogs. They are also known by the name of Carlinos or Mops. The ancestors of the Pug were companions of the Buddhist monks of Tibet.

Already in the 16th century they arrived in the Netherlands at the hands of the Dutch East India Company. From this date it became a companion of kings and aristocrats, thanks to its spread throughout Europe and, later, America.

It is believed that among their ancestors were mastiffs and that the Pug arose from a process that we could call miniaturization. Instead, other theories link it to dogs such as Pekingese and the like, of a much smaller size. Today it is a popular race that has participated in the audiovisual world. 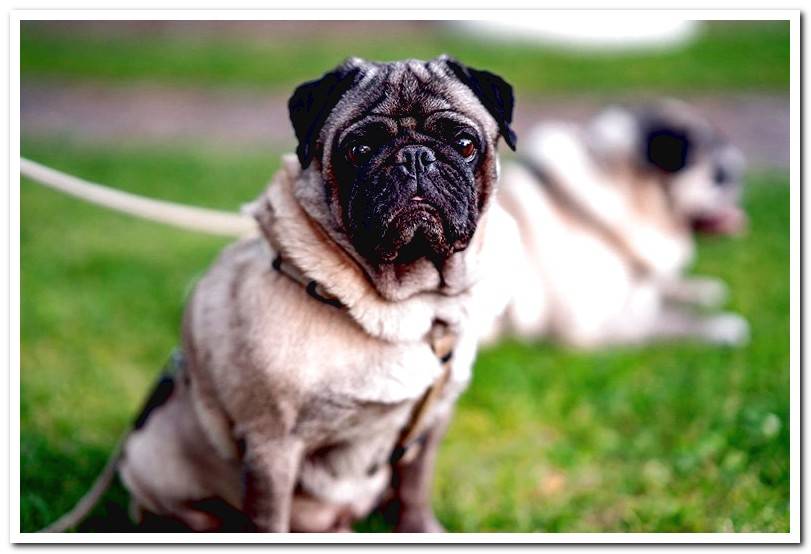 These dogs are small in size, weighing between 6 and 8 kg and a height of between 25 and 28 cm. Their life expectancy is around 13-15 years. Its coat is short and smooth and comes in the colors black, silver, apricot and fawn. The body is also short and is characterized by a wide back and straight legs.

Related content  My dog ​​eats snow. Is it dangerous?

He is small but compact and muscular. It also stands out for its flat and wrinkled muzzle, on a flat-looking face, as they are brachycephalic. His eyes are round, large, dark, and prominent, which makes them more prone to injury.

Finally, we highlight its ears, which are thin, small, soft, with a velvety touch and high insertion. It also has a graceful tail that twists over the end of the spine.

Dogs of this breed are usually friendly and affectionate, also with children, although it is true that some specimens can be altered in their presence if they are too moved. The downside we can find is that they are often stubborn, which makes it difficult to educate them, especially for people who do not have experience with dogs.

Although due to its size and appearance it does not seem so, they are good guardians, in the sense that they remain alert and bark to warn of noises or strangers. In fact, some may bark excessively and be individualistic and independent. If they want something they will try to get it by all means. They are energetic dogs.

Anyway, within this breed we can find very calm specimens, while others are much more nervous. Despite these differences, they all share their low aggressiveness, which facilitates their coexistence with other animals. Due to their appearance and behavior they are very funny. 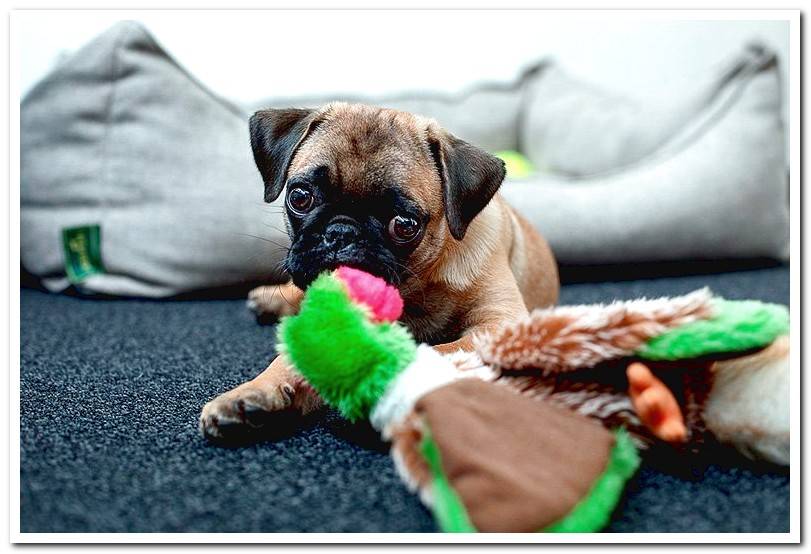 Basic care for a Pug dog

The Pug adapt seamlessly to urban life. Not needing large amounts of exercise, they can stay in even small apartments. Of course, even if they are not going to run a marathon, it is essential that their daily walks are respected. Three, distributed throughout the morning, afternoon and evening, can be a good guideline.

Related content  Dog pipettes Which is the best? Are they really safe?

They can be long, about 40 minutes, as long as we respect their rhythm. They must be avoided sun exposure so, if they remain outdoors, they should always have the possibility to protect themselves. It is not recommended that they spend a lot of time alone, as they could develop destructive behaviors and separation anxiety.

Otherwise, being short-haired, they won’t need more than occasional brushing to help them remove dead hair, especially during the moves, and regular baths depending on how much it gets dirty. The hygiene of the folds must be monitored to prevent dirt or moisture from triggering dermatological problems. 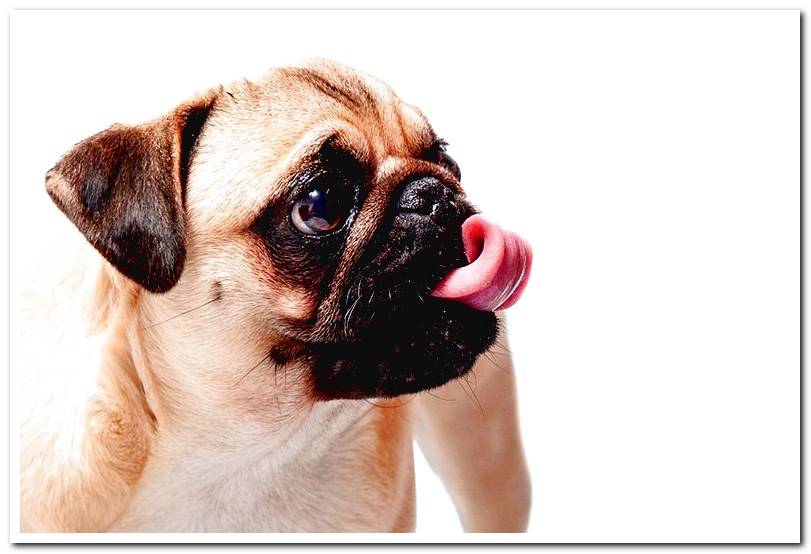 Most common health problems in the Pug

Their peculiar anatomical conformation makes them suffer respiratory problems and it is very normal for them to snore. This can be aggravated in situations of stress, nerves, obesity or heat. That is why we must avoid strong emotions or, at least, know how to stop on time if we appreciate that breathing is more complicated than normal.

It is also essential that we protect it from the heat, as dogs pant to decrease their body temperature and, given the Pug’s breathing difficulties, cooling can be difficult. So they are prone to suffer heat stroke. In times of high temperatures, we will not take it out in the sunniest hours.

Obesity is another weak point. Their appearance and character mean that they frequently receive awards, which, moreover, are difficult to get used to. This, coupled with the limited amount of exercise they routinely do, makes them prone to being overweight. Therefore, it is our obligation to take care of your diet and physical activity.

Finally, breeds such as the Pug or the Bulldog, which are characterized by their brachycephaly, can easily show a certain degree of airway obstruction. Hence the noises when breathing, mouth breathing or snoring that increase with exercise, with heat, overweight or age. It is due to deformities such as the following: