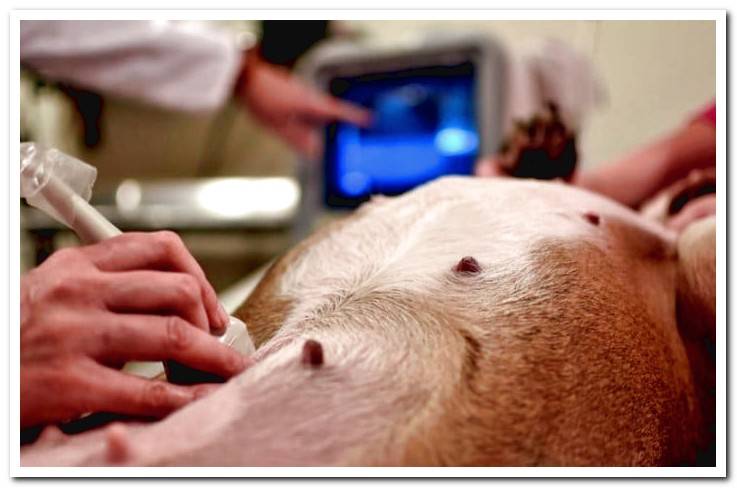 Cesarean section is an increasingly common abdominal surgery in human medicine. Theoretically it is prescribed when natural childbirth is not possible for various reasons. But, is this operation practiced in veterinary medicine? Is it possible for a pregnant dog to give birth by cesarean section?

What does the caesarean section consist of?

Cesarean section is an operation in which, through an incision in the abdomen, the uterus is accessed in order to extract the fetus or fetuses that are inside it and it is not possible for them to be born naturally.

Of course, it is an intervention that will require general anesthesia and all the controls of an operating room to ensure the maintenance of the vital signs of the mother and the life of the newborns. Like all surgeries, cesarean section also involves recovery time and basic post-operative care, in addition to risks. 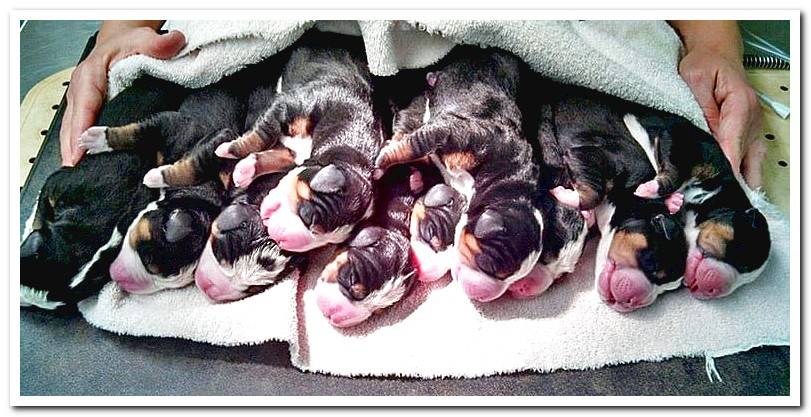 Cesarean section for bitches in veterinary

Indeed, also in dogs, circumstances may arise that indicate the need for a cesarean section. These will be given during labor or the vet will detect them in advance. In any case, the intervention will be the same.

Although caesarean section is a simple operation that is performed in clinics relatively frequently, should be done by an experienced vet. The dog will be intubated, monitored, and anesthetized. The surgeon will cut the different layers until they reach the uterus from which they will quickly extract the puppies.

The umbilical cord is cut for the little ones, the secretions in the nose and mouth are cleaned, if applicable, and they are dried. While the intervention continues they are transferred to an incubator to keep them together and warm.

Cesarean section is usually a quick surgery, but keep in mind that complications can occur. One of them is bleeding. The uterus at term has considerably increased its volume and blood supply, which could lead to bleeding. The risks will increase depending on the state of the bitch or the puppies.

Once the veterinaryn closes the dog, the intervention is terminated and, after awakening from the anesthesia, which takes a few minutes, she is transferred to a large hospital cage with her little ones. From that first moment, breastfeeding can begin. 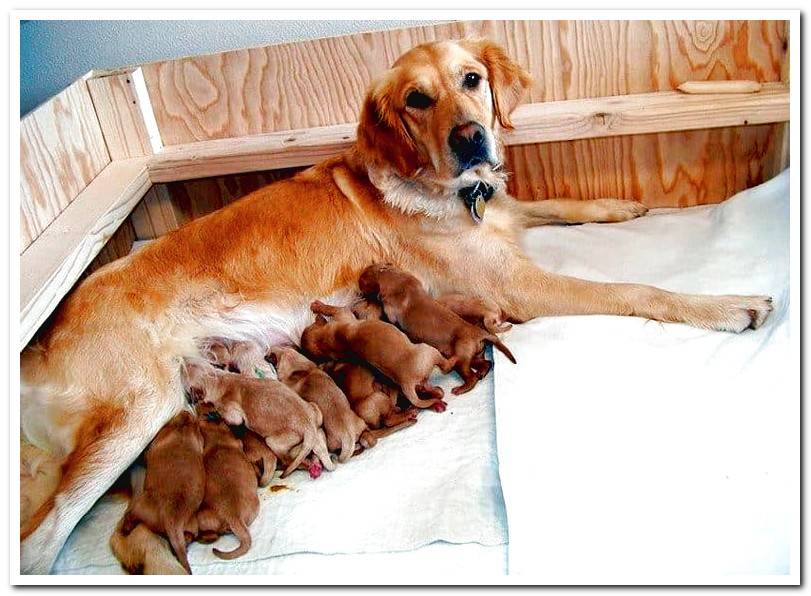 When do you have to do a caesarean section to a bitch?

Before thinking about birth, we must handle basic information about both this moment and gestation in general. Knowing what is normal allows us to quickly identify any risk situation.

Thus, the gestation of a bitch lasts approximately 60 days after which the delivery will be triggered. This usually develops without complications and many times during the night, so that we don’t even know.

Labor symptoms They are not always recognizable and can go unnoticed. Sometimes if we notice that the dog stops eating, she seeks refuge or is restless. When labor is in progress we can notice that he breathes with agitation, pushes or even vomits.

During labor the bitch will have contractions that serve to dilate the cervix and aid in the expulsion of the puppies. These contractions will intensify, but we will not always notice. After dilation births begin, generally separated by a few minutes.

If we observe that the bitch makes efforts but does not stop any puppy, emits any discharge or bleeding or seems to have finished the delivery but we suspect that not all the puppies have been born yet, we should call the vet.

Sometimes difficulties occur in normal childbirth, which is known as dystocia. They may be due to a poor placement of the puppy, which prevents it from going outside.

Other times the uterus fails to contract as necessary to successfully complete the delivery. If the veterinaryn cannot solve these cases with medication or manually, he will have to perform a cesarean section. 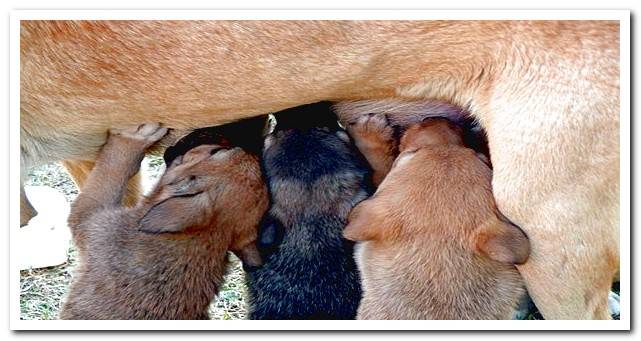 When caesarean section is predictable

In addition to the cases mentioned that may appear as complications during childbirth, in some bitches it will be possible plan a caesarean before that time comes. This surgery is going to be common in small bitches and in those of brachycephalic breeds.

This happens because races like him chihuahua they usually have a single pup that can grow to a size larger than the dog is capable of giving birth. In races like him french bulldog This problem is frequently found due to the characteristic conformation of its head.

For this kind of bitches natural childbirth is very difficult Therefore, to avoid risks, the veterinaryn will schedule a follow-up of the pregnancy that will include x-rays. They can measure the size of the skull of the first puppy and the diameter of the birth canal. If the latter is less, it is very likely that a cesarean section will be necessary.

In these cases, the vet will be very aware of the dog during the last days of pregnancy. If labor begins, the dog must be examined and a natural birth is decided or, on the contrary, there is no alternative but surgery.

Postoperative of a canine caesarean section

In general, bitches recover very quickly from the operation and from the first moment they are able to take care of their little ones. We will only have to control the incision so that the puppies do not get infected or hurt with their nails. The vet will tell us when the stitches will be removed.

Warning signs are inflammation of the area, its redness, tenderness, suppuration, fever or that the bitch stops eating or drinking. Dropping the stitches and opening the wound is also a reason to call the vet urgently.