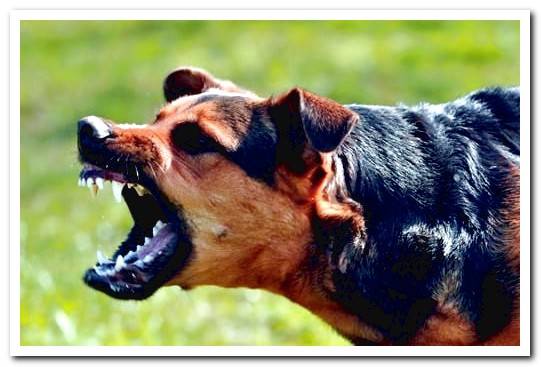 Table of Contents show
1. What is a PPP or potentially dangerous dog?
2. Can breeds listed as PPP be more dangerous than other breeds?
3. What are the most dangerous dog breeds?
4. Is a dog listed as PPP recommended in a family setting?
4.1. Related Articles:

Surely you already know the lists drawn up by many governments, such as the one in Spain, which includes certain breeds of dogs that have been classified as potentially dangerous.

There are many people who ask us every day that there is truth in the danger of these races and if everything really depends on the education they are given, or if instead, they are races that by mere genetics are really more dangerous than others.

We will review and above all clarify everything that concerns these races, so that you can assess for yourself the veracity or falsity of everything that is said about them.

What is a PPP or potentially dangerous dog?

PPP (potentially dangerous dog) is anyone who, given their physical characteristics, can pose a danger to the safety of human beings. This does not mean that a dog classified as PPP is a bad dog, it simply means that these are strong dogs that, poorly educated, can pose great danger.

Typically listed as potentially dangerous dog breeds to breeds that have been created or used as prey dogs, which have strong bites and that generally do not loosen. That is, when they catch their prey, they do not release it, they do not stop biting.

It is the governments that decide which dog breeds come to be considered as dangerous, although their criteria are very questionable since for example the breed of dog German shepherd It is the one that has recorded the most attacks on humans throughout its history, and yet it is not classified as a dangerous dog breed, at least in Spain in 2016.

Can breeds listed as PPP be more dangerous than other breeds?

Yes, the races classified as PPP can be more dangerous than the rest, although not necessarily. We explain ourselves, these breeds are at a much stronger general level than other breeds, which makes them very dangerous breeds if they are poorly educated.

Not the same a poodle rude that a American Pitbull Terrier rude, the first can hurt you and the second can kill you thanks to his strength and aggressiveness. However a poorly educated German Shepherd can also kill you and is not listed as PPP, that’s why we always say that we do not understand the criteria by which governments create these lists.

But we must be aware that a dog classified as dangerous does not necessarily have to be, a well-educated and trained dog is a dog that does not pose a danger, regardless of its breed.

Obviously the dogs of greater size and strength can always be most dangerous dogs than the medium or small ones, although that is not an excuse to put them on the black list of “bad dogs”.

However, and although we know that there are many dogs classified as PPP that are true loves, from Dogsis.com we do not recommend dogs with this classification in family settings. Since they require constant and severe education, let us not forget that dogs of prey can pose a much greater danger than, for example, those known as companion breeds.

Related content  Care and education for a water dog puppy

What are the most dangerous dog breeds?

As we have indicated, there are no more dangerous dogs than others, but there are stronger dogs than others. Pit Bulls, for example, have recently become the hottest dog among very young people, a big mistake that should not be allowed. It is not that the Pit Bull breed is bad, but that a young person does not have the necessary experience to educate them correctly, that simple.

We will never understand how there are families that allow their teenage children dogs of such power without caring at all about their education, then what happens happens… and then the bad ones are the dogs and not the owners. Unfortunately but true.

An American Standford, for example, although any terrier can serve us, is a dog with an extraordinarily strong bite and a dominant character at general levels. Failure to train properly can obviously pose great danger.

The same goes for Rottweiler for example, they are large dogs and currently with the most powerful bite (more than Pit Bulls) and yet, if properly educated, they are the most loving dogs in the world, with a huge heart.

What we want to express with this is that the fault of a dog becoming potentially dangerous does not lie with the dog or its breed, but with the irresponsible one that acquires it and does not know how to properly educate it.

Is a dog listed as PPP recommended in a family setting?

We know dozens of cases in which breed dogs like Pit Bull or Rottwailers live in family environments without problems, as any other dog would. However at a particular level we do not recommend it.

There are many other recommended dog breeds for family settings where there are children, less likely to develop a dominant character and of course, less dangerous or requiring less intense education.

Without wishing to offend those who have a PPP dog or those who want to have it, we simply say that there are more recommended dog breeds for a family with young children, than a prey dog.