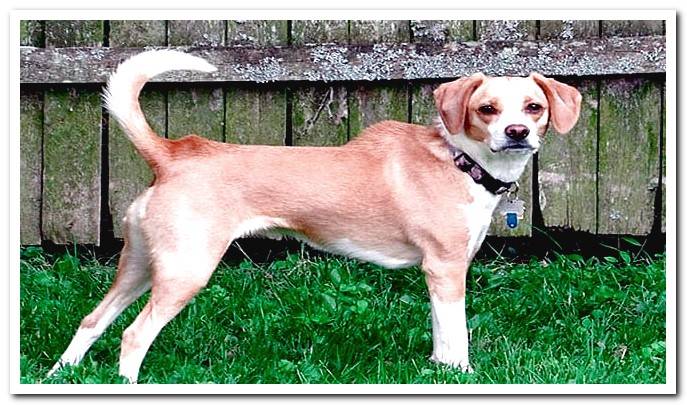 Surely on more than one occasion you have seen how the hair on the back of your dog has stood on end, from the neck to the tail, forming a crest that covers almost the entire upper body. Some dogs bristle their hair a little and others a lot, depending on each dog and of course, the situation.

There are several reasons why a dog raises its fur from its back, from feelings of fear or excitement to previous moments of danger, when a dog becomes aggressive or dominant.

It is very important to know this type of body language in our dog, since we will know how it feels and what is happening. On many occasions, we will be able to avoid even an attack or start of a fight. We will explain all the reasons and how to identify them.

My dog ​​bristles his back when he is going to attack

The most common situation in which we can observe our dog or any other dog with a bristling back is when they get aggressive and intend to attack. It is actually a way of expressing yourself, a canine body language but at the same time a defense mechanism.

When a dog raises the hair on the top of its neck and spine, even reaching the hip and tail area, it does so for two reasons, the first is to appear larger, an ancient defense mechanism of many dogs. 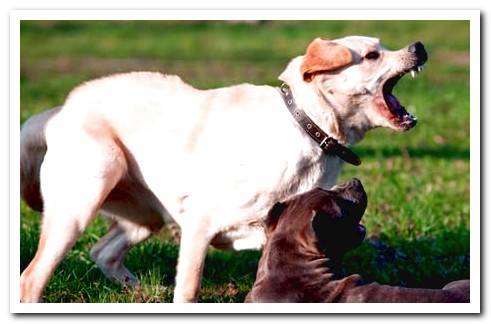 When a dog is going to attack normally it also raises its tail completely, making it appear even taller and bigger. Your ears will stand tall and upright, in a posture similar to when you hear a strange noise. And of course, it will show its teeth indicating that it is going to bite. It is very common for the dog to raise the dog and bark at the same time, although it is not something that is associated in all cases.

These signs, together with the hair standing on its back, are unequivocal symptoms that the dog is going to touch, that the dog is aggressive. An aggressive dog can not only attack other dogs and / or humans, but also its own owner.

My dog ​​bristles when he’s scared

Fear is another key factor that can cause our dog to prick up the hair on his back, it is also part of his body language and we must identify it as an alarm signal.

A dog in fear can easily panic, and a dog in panic can be as aggressive as the worst of dogs, fear itself can lead to dangerous and illogical actions.

The way to tell the difference when a dog bristles his hair for fear of other circumstances is simple. The dog, in addition to bristling its fur on the upper part of its body, will lower its tail, sometimes hiding it between the paws, and will move its ears backwards, in a submissive way.

He bristles the back for two reasons, as body language and to appear larger, a defense mechanism that dogs use on many occasions. What is indicated in these situations is to try to keep the dog away from what it scares him, without congratulating him or anything similar, just keeping him away.

Not all cases when bristling hair are negative or worrisome, a dog that is very happy and excited can also unconsciously bristle its hair. This does not mean that it can pose a danger, as long as the excitement is for something positive, such as seeing its owner after a long period of time or playing.

A dog that hears a strange sound will also bristle the hair on its back a little without worrying, as this is normal. The dog will feel strange and his body will automatically bristle his hair a bit, something totally habitual. 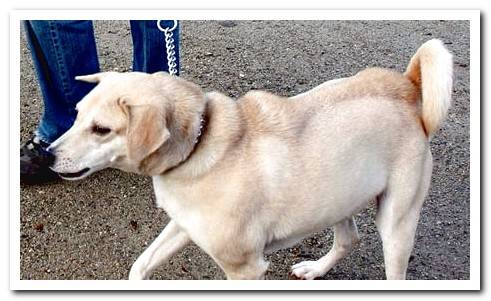 When a dog becomes dominant it also tends to bristle and bark a little, letting the other dog know its dominant position. This can be good or bad, depending on the situation. If the other dog is also dominant then there will be a problem, however if they are friends and just playing, the other being a more submissive dog, nothing will happen.

What do I do if my dog ​​bristles and barks?

The first thing you should do is keep your dog under control, that is, on a leash. Once tied, you should analyze the situation and see why your dog is barking and the hair on its back has stood on end.

Depending on the situation, you will know if it is a warning sign, a real danger or simply a case of fear against something unknown. Let’s not forget that many dogs are scared of strange noises or even people they don’t know.

If it is a case of danger or fear, the ideal is to leave the area and distract the dog. We can take a cookie out of our pocket and try to focus on the food or take a stick to play around with it.

Abandoned place and distracting your attention our dog will relax and let down the hair standing on end. Remember that you should never pet your dog or congratulate him if he is bristly, because he will interpret it as if bristling and being aggressive is a good thing.

It is a very common mistake to pet the dog when it is nervous or aggressive, trying to relax it. Dogs don’t think “Oh that’s great, I feel more relaxed now”, but they think “I’m excited or aggressive and my owner caresses me, that must be because it seems good to him that he’s like this”.

Remember these steps and you will be able to calm your dog without problems, preventing it from coming into confrontation with other dogs and that is a problem, a fight, an attack or something worse.