Horner’s syndrome is a disorder of neurological origin that we will be able to visualize as an alteration in one or both eyes of our dog. The causes that can trigger it are different and will vary in severity.

Horner’s diagnosis is straightforward because the eye is seen differently, but the cause is not easy to discover. For this reason, specific tests are used. For some dogs the injuries are irreversible, while others heal spontaneously.

What is Horner syndrome?

Horner syndrome is a neurophthalmological disorder that occurs due to a failure of facial muscle contraction due to a communication error in the nervous system. This will affect the eye. The syndrome will be unilateral, when it affects only one, or bilateral, if both eyes are damaged.

Which dogs does Horner syndrome affect?

Horner’s syndrome can be identified in any dog, but it is more common in adults. Some breed has also been identified as having a greater predisposition to suffer it, such as the Golden retriever.

Behind the appearance of this syndrome may be a trauma, a bite, an otitis or a tumor. But there are so many possible causes that sometimes one cannot be determined. In this case one would speak of idiopathic Horner syndrome, that is, unknown.

A dog suffering from Horner syndrome will show the following symptoms: 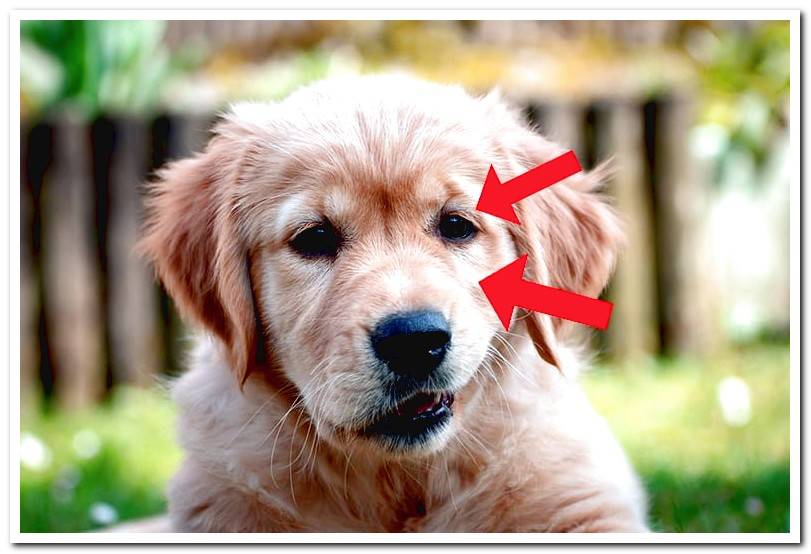 How is Horner syndrome diagnosed?

This disorder presents easily recognizable symptoms. Changes that occur at the eye level can be directly perceived by caregivers. As soon as they are detected or suspected, you should go to the vet. With this clinical picture, there is usually no doubt that it is Horner.

But the problem, in this case, is discovering the cause that has triggered the syndrome. In addition, this symptomatology is similar to that which may appear in other diseases, such as uveitis, which is an eye inflammation. The vet will have to perform what is called a differential diagnosis to find the cause.

For this, a good neurological and ophthalmological examination is used. X-rays, ultrasound, computerized axial tomography or CT or magnetic resonance imaging are also valued. These latter tests are not always available or accessible.

This will depend on the cause that originated it. Although it is not always possible to identify it, it is essential to follow a good diagnostic protocol. For example, going to a simple source such as otitis in the middle of the ear, the treatment would be to treat the infection.

This will also depend on the cause that has triggered it. For example, if it is a tumor, it will be unfavorable. For the other cases there is no fixed rule. Horner syndrome in some specimens remits spontaneously in a few months.

And this happens even without any treatment given. But the opposite can also happen, that is, for some dogs this disorder will be irreversible to a greater or lesser degree.

Can Horner syndrome be prevented?

It is not possible to prevent all the circumstances that can trigger Horner syndrome, but some of them can. To achieve this, these are the recommendations that we must follow: