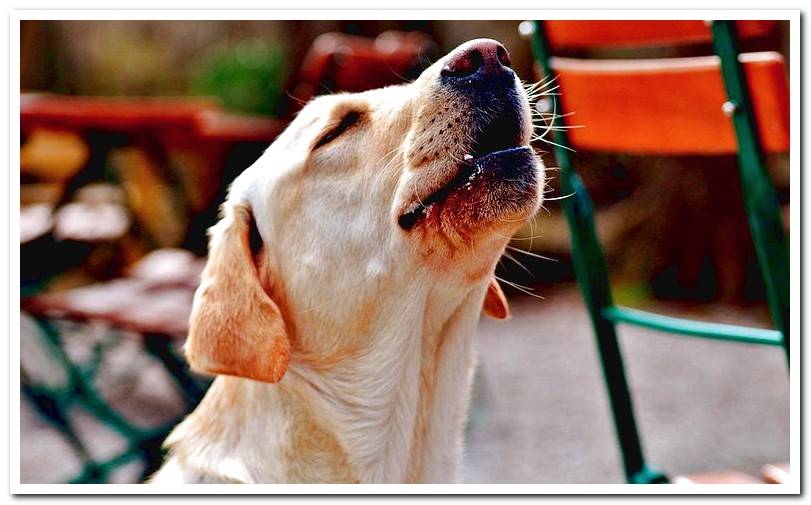 Surely at some point in your life you have heard wolves or dogs howling, a very distinctive sound I have unmistakable that helps them communicate or express themselves. But … do you know why dogs howl? Obviously because they descend from the wolf, but the reasons can be several and very different from each other.

So let’s go through them one by one, explaining the causes and meaning. Understanding your dog is a great deal in your favor, don’t miss this interesting information that will only take you three minutes to read and understand.

You may also like: Symptoms of stress in dogs

Dogs howling out of loneliness

Sad as it may seem, it is a reality. There are many people without hearts who have an isolated dog in a patio or garden, tied for life to a chain guarding a warehouse, house, etc … These types of people should be prohibited from having animals in their care and to learn the example Give them a little of their own medicine (keep them tied for only a week as they have their dogs, so they can see how it feels). 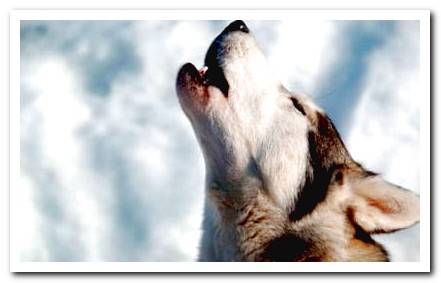 Dogs howl because they feel extremely lonely, abandoned, with no family / pack to care for or accompany them. So they howl, they make a sound that can travel miles for another dog that listens to its howl and to communicate with it, howls too.

Domestic dogs, those that live indoors with their pack (family), also sometimes howl when left alone or confined in the kitchen or living room at night to sleep separate from humans. They simply howl because they are lonely or afraid.

Imitation is another reason why dogs howl

Another reason why dogs can start to howl … or even have a good time doing it, is imitation. If they hear the sound of a police or fire siren, they interpret that it is another dog or animal howling and by imitation or solidarity, they also begin to howl.

If its owner makes similar sounds, howls or tries to howl … the dog also imitates it, it immediately approaches it to verify that it is not a howl of help and when it realizes that it is simply its owner making a little fool of itself, it begins to howl with the.

Why do the dogs howl? Herd or pain

When a dog wants to call its pack, it may be a little way off … it howls. It is a sound quickly identifiable by any dog, even if it comes from another dog that is miles away. We must not forget the incredible sense of hearing that our dogs have, not everything is a sense of smell… They listen to the call of a member of the pack and come to meet him, or simply howl to let him know that they are also nearby , in the zone.

Pain is another of the reasons why a dog can howl, when they suffer pain they do not express themselves with words like humans … they do it with sounds. They whine, cry, and often howl. 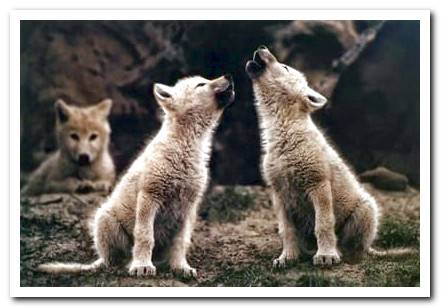 The most curious thing is that if your dog sees that you have been hurt, you are suffering, crying, etc … he will also howl, thus sharing your pain. Without a doubt, the dog is an incredibly wonderful being.

Anxiety states also cause our dog to howl

It is proven that dogs with canine anxiety (regardless of the reason or disease that causes such anxiety) howl much more than dogs without anxiety. So it is determined that it is another way of indicating that there is a problem in the dog, which attracts attention with its howls.

Marking territory is somewhat less common when it comes to howling, but not impossible. There are many dogs that howl indicating to other dogs that this is their territory, we will notice it because we will hear more dogs howling in symphony or approaching the place.

It is rumored since past times that dogs have some extraordinary and unknown senses for humans. It is not known if it is a myth or a reality, but there are those who affirm that they are capable of predicting disasters, deaths, etc … If your dog howls for no reason, it is possible that it is foreshadowing something bad for the future (but beware … this is not it is nowhere near scientifically proven).