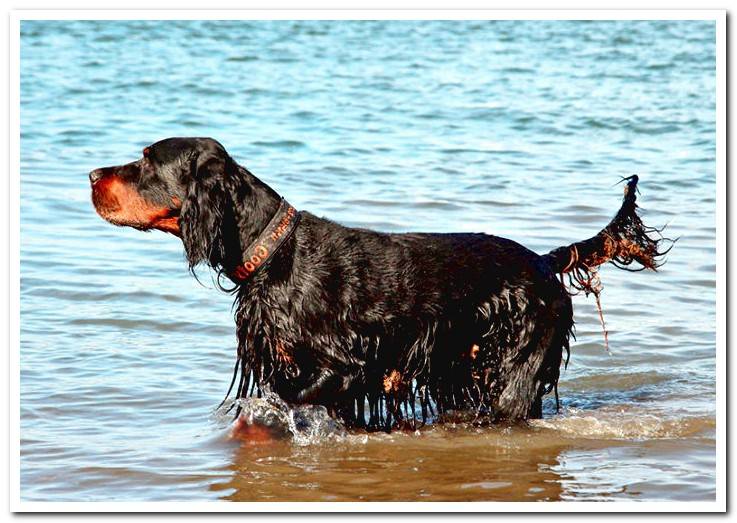 In the wide range of hunting dog breeds is the wonderful Gordon Setter, a beautiful dog that adapts to family life. It is a medium to large size dog that stands out for its particular coat and love of hunting.

Are you interested in adopting one of these copies? Before doing so, you need to know its characteristics, in addition to knowing everything about its care and the possible diseases it may suffer. You are ready? Discover this and more below!

History and origin of the Gordon Setter

The Gordon Setter began to breed in Scotland to serve as a bird hunting dog. Its name, “Setter”, comes from “set”, a word that indicates its ability to lie down and remain impassive until locating its prey.

Alexander Gordon, the Duke of Gordon, had an important role in the development of the breed. To do this, he crossed copies of the English Setter, Pointer and Bloodhound until obtaining the known characteristics of the Gordon Setter.

The breed was introduced to the United States around 1842 and changed its name several times; the one known today was established in 1924.

The Gordon Setter is an elegant specimen that grows to a medium to large size. According to standard established by the International Cynological Federation (FCI), it is a dog with a symmetrical and harmonious body. The hips are broad and strong, while the legs are straight and with oval feet.

The eyes are proportionate and dark and bright irises, its cunning expression stands out. The truffle is black and the snout is elongated, with a jaw that presents a scissor bite.

The Gordon Setter’s ears are medium in size and very thin, covered with long strands of hair. As for the tail, it is also medium, thick at the base and thin towards the tip.

The coat is the Gordon Setter’s most outstanding feature. It has a combination of two types of hair: short and fine on the ears, the head and the front edge of the legs; the rest of the mantle is long and abundant; In some dogs, strands protruding from the belly grow almost to the ankles.

The color of the coat also has two variants: pure and shiny black, or black with fire zones on the muzzle, the inner part of the legs and the tail. 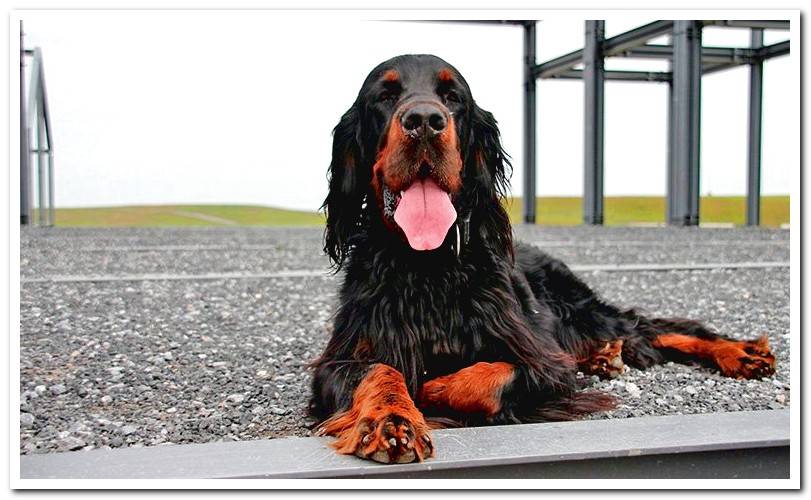 How is the character of a Gordon Setter?

This breed of dog it is very docile and obedient, it is calm and adaptable in all environments. In addition, it has very positive qualities, such as fidelity and great intelligence. As a show dog, it stands out for its beauty and its developed sense of smell.

This dog is very active and independent, so sometimes he is stubborn and reserved, especially with unknown people. Even with your masters, you can be stubborn and refuse to take calls if you are not properly trained.

Contrary to other hunting dogs, the Gordon Setter does not perform well as a keeper, it is more of a companion animal. Fortunately, she gets along well with other pets and children, thanks to her loving nature, she has even served as a nanny dog!

Recommended care for a Gordon Setter

Training it requires patience, because his stubbornness can lead him to disobey. Teaching him to come to his name and obey negatives are the first commands he needs to learn. Start this process as a puppy, just like socialization.

Thanks to his intelligence, the Gordon Setter learns fast, you just need to be creative to enjoy the process. Intelligence workouts and fun circuits that avoid boring repetition They provide you with the wealth you need to develop your mind and body.

The Gordon Setter loves family life, so he likes games and enjoys spending time with his masters. Despite this, he is not the kind of dog to regret if left alone, so he remains calm during the day if he has something to distract himself. 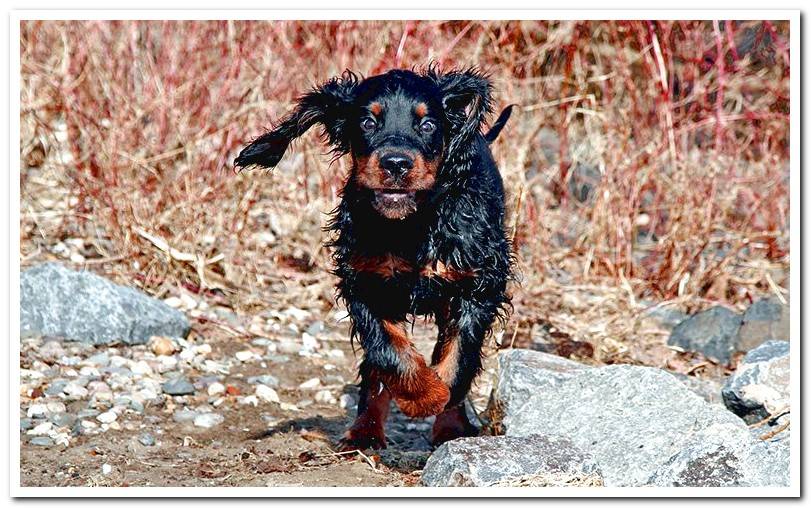 This dog requires a lot of physical activity to drain its energy. Although ideally you should live in a house with a garden, you can live in apartments if you provide the exercise you need. Daily walks, accompanying you to roll a bike or run are ways to integrate it into your activities and exercise it.

The coat is not difficult to care for. A weekly brushing is enough to remove dead hair ; In addition, this will prevent you from loosening too much during the molting season. As in other breeds, ba
thing is recommended once or twice a month, depending on your physical activity. Add a conditioner to your bath routine to keep the coat soft and shiny.

How is the health of the Gordon Setter breed?

This dog can be in very good health with proper care. Despite this, the breed often suffers from some diseases: