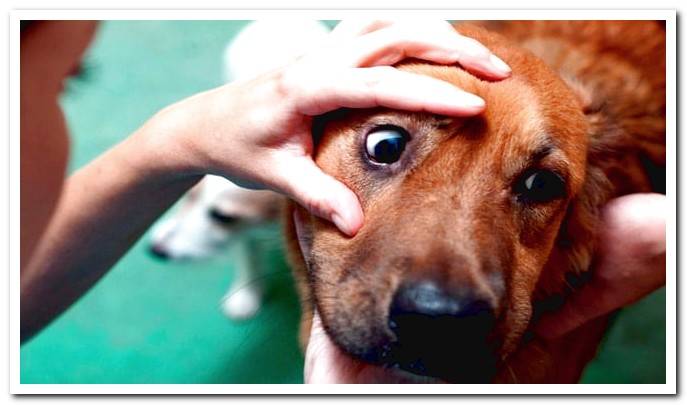 When a part of the dog’s eyelid folds inward and the eyelashes come in contact with the eyeball, a rubbing occurs causing irritation, pain, and other medical problems. This problem is known as entropion in dogs.

This condition is usually common in certain breeds and it is important to detect it early to avoid severe damage to the affected eyes.

Therefore, from Dogsis we will show you everything you need to know about this curious eye problem, how to detect it and how to solve it.

Causes and types of entropion in dogs

According to the causes, we can distinguish between two types of entropion in dogs: the primary entropion and the secondary entropion. What differentiates one from the other? Well basically the first is due to a birth or congenital defect of the dog, while the second is acquired.

The primary entropion usually affects especially puppies and young dogs, because it has a strong genetic component. This is why we say that there are dog breeds more prone to entropion than others. For example, entropion is common in dogs Shar Pei or in Bulldog dogs. Although it also affects other races such as:

Most often in these cases, entropion occurs in both eyes, although it can also affect only one. If we talk about the eyelids, it can also occur in both, but the truth is that there are many more cases in the lower eyelid.

If it is secondary, then all breeds of dog can be affected and will normally be older dogs. The most common causes are: chronic inflammations, obesity problems, infections or trauma to the eyes, spasms of the eyelids or sudden weight loss. 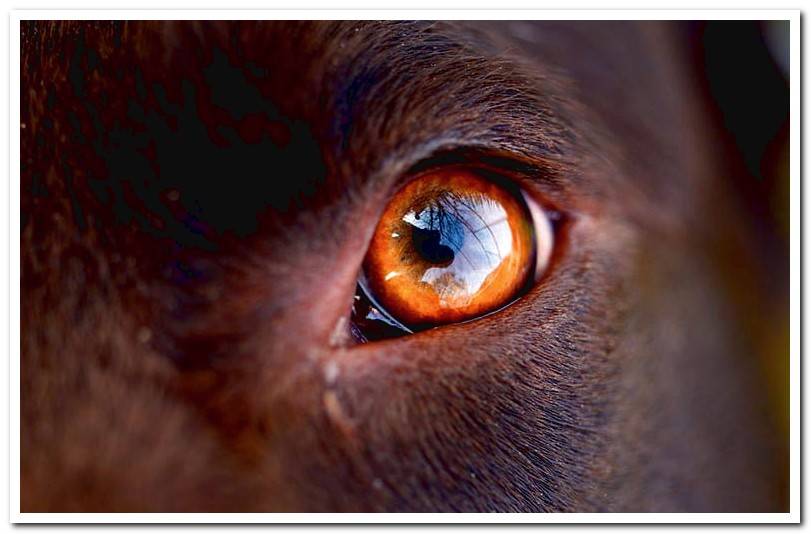 Some of the main symptoms of entropion in dogs are the following:

If you detect any of these signs, it is best to go to the vet as soon as you can to have the dog examined. An entropion can easily be confirmed by a specialist through an eye examination. If there are complications, other diagnostic tests may be necessary. 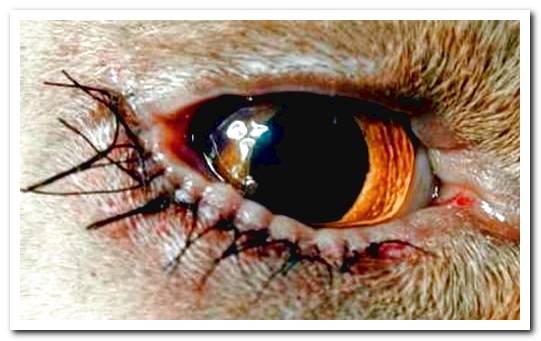 How to cure entropion

The way to eliminate the problems caused by entropion is by corrective surgery. The operation in dogs has, in fact, a good recovery prognosis and will mean a significant improvement in their quality of life.

If your furry friend is still a puppy, it may take a while to operate until he is an adult. In any case, the specialist will be able to guide you, giving you all the necessary indications. Once intervened, the dog will need a series of special cares that you must take into account. The most important are:

In addition, you should especially monitor the dog when in contact with others and ensure that they do not lick their wound. A special diet can also help in the postoperative period.