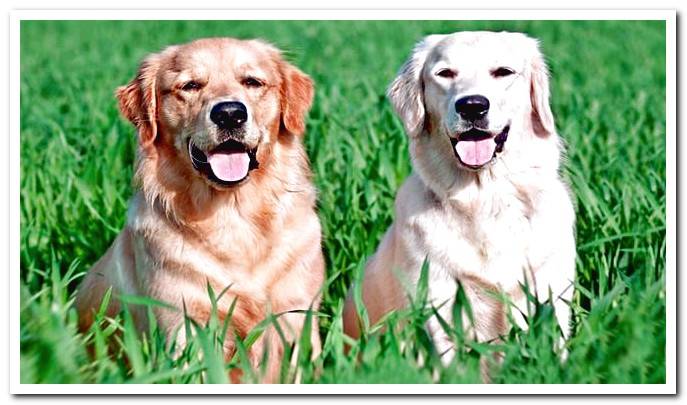 Both breeds share the characteristics of Retrievers and have a very similar constitution. That makes it difficult for many people to know exactly what the differences are between Labrador and Golden.

So that you have no doubts about it, in this article by Dogsis we are going to address this issue in detail. We will review the origins of these two races and we will explain some of their peculiarities, both physical and character.

Main differences between Labrador and Golden

Although both the Labrador dog As the Golden Retriever are very similar on a physical level, there are a number of details that make the difference between one and the other. The main ones are:

In general, it is a medium-large dog, well proportioned and with a strong constitution. Both Golden and Labradors also have a waterproof undercoat. 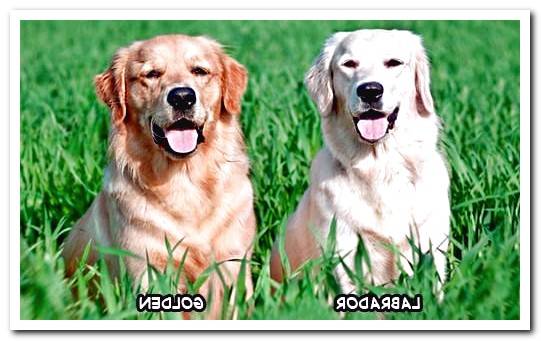 Both races are very intelligent, being above average. The Labrador is a very loyal, sociable dog and is usually personable. He loves the water and the games in which he must use his sense of smell. In addition, it stands out for its agility.

On the other hand, the Golden retriever It can become even smarter than the Labrador. It likes to perform tasks and is also a docile and reliable dog, very friendly to humans and especially to children. 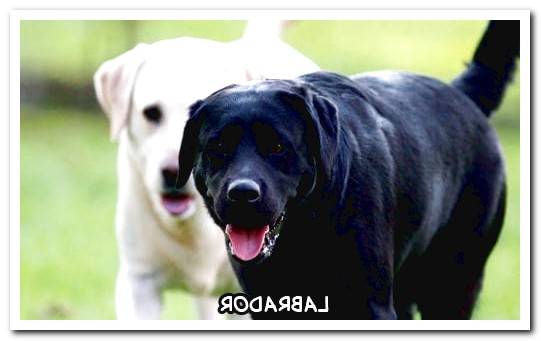 What is the origin of the Labrador Retirever and the Golden Retriever?

The Labrador Retriever and Golden Retriever were developed in England, where they showed good hunting skills. In the case of the Labrador, many experts they consider that they are dogs originating from the provinces of Newfoundland and Labrador, in Canada, where they helped in the collection of dams in the water.

The first Labrador described was Malmesbury Tramp in the early 19th century. Soon after, The Labrador Retriever Club was founded, making it a relatively modern breed.

On the other hand, the history of the Golden Retrievers takes us back to 19th century Scotland, where the first Baron Lord Tweedmouth is considered to be the founder of this breed. It is said that the first cross was between a straight-haired bill collector and a Tweed Water Spaniel.

Subsequently, the original Golden were crossed with other races. Today, in fact, there are three Golden Retriever lines: the English, the American, and the Canadian. 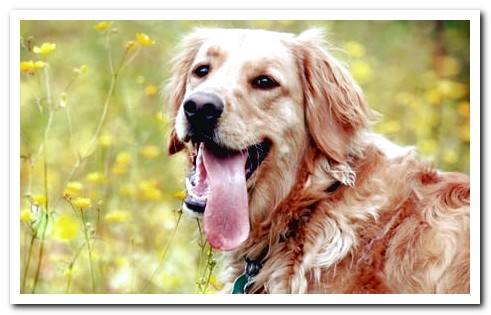 Conclusion: Golden or Retriever, which one to choose?

As you can see, when deciding on one or the other, both are excellent options. However, depending on how your family is, you may fit more with the Labrador or the Golden Retriever.

If there are small children in the house, the Golden is considered more suitable. However, the Labrador also tends to adapt well to families with minors, so you should have no problems either.

Both races can live in one flat. Of course, they need to go for a walk three to four times a day. Keep in mind that Golden and Labradors are two very playful types of dogs and only in adulthood the former tend to be a little calmer than the latter.

As for health, care and inheritance will be decisive, although the Golden Retriever tends to get a little less ill. Instead, the Labrador usually lives longer, although both have a life expectancy of more than 10 years.

And good. After taking a closer look at the characteristics of both the Golden Retriever and the Labrador Retriever, which of these two breeds of dog do you think would best suit you and your family? Do you know any furry that belongs to one of these races? As always, we will be happy to read your experiences and opinions.