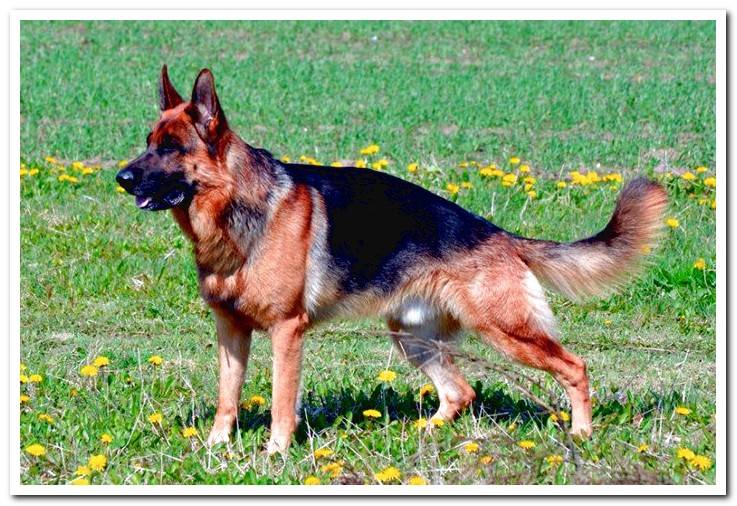 There is much controversy about the different types of German Shepherd and their characteristics. While some people are inclined to differentiate varieties according to coat color, others catalog these dogs with respect to where they were raised.

Both forms can be considered correct, as they typify existing and recognized varieties of the German shepherd throughout the world. Do you want to know everything about them? Let’s see them!

How many kinds of German shepherd are there?

The classifications made on the German Shepherd are varied. In principle, one can speak of:

In addition, these varieties include another classification:

Another cataloging divides the German Shepherd according to coat color. In this sense, the following types of German shepherd would exist:

Below, we show you the characteristics of each of these types.

Types of German shepherd according to their function

Some people divide the German Shepherd considering the role they play Since it is implies that they are raised and trained differently.

This classification includes shepherds with any shade of fur, without paying attention to where in the world they come from.

Types of German shepherd according to their origin

Another way to classify this breed is paying attention to its origin; this way, in addition, includes specifications on the function that the dog should perform.

He is raised in North America as a show dog, that is, to appear in dog competitions. Dogs of this type have a well-proportioned and muscular body, with hard and rough fur.

American shepherds tend to be taller than European varieties. As this classification only depends on the place of origin, the color can vary between all those presented by the shepherd: sable, black, white or bicolor.

The personality of a show shepherd is relaxed, he is perfect as a companion dog. They stand out for being spirited, agile and playful, as they love to spend time with their masters.

This variety is usually more attractive to the eye. Breeders care about getting proportionate dogs that meet all the characteristics required by breed standards. They stand out for their beauty and good character.

The lines of work of the German shepherd are like police dogs, some specimens have appeared in movies. Their appearance conforms to breed standards and the coat can appear in any of the combinations.

These working dogs stand out for being intelligent and intuitive, since are trained to handle stressful situations. As pets, they are calm, loyal, and protective.

This line of work descends from German shepherds raised during World War II. Furthermore, the separation of the eastern and western varieties occurred with the construction of the Berlin Wall.

The breeding of this variety is carried out under strict standards, so western working German Shepherds do not present typical German Shepherd diseases, such as hip dysplasia.

These dogs are agile at work and perform tracking and play activities with precision. Out of service, they demonstrate a friendly and protective personality.

The Czech German Shepherd began to grow up in the former Czechoslovakia as border guard dog. He stands out for his strength and ability to perform the tasks for which he was trained.

This variety usually has a black coat and proportionate body, although there is not as much emphasis on following the breed’s standards during breeding. 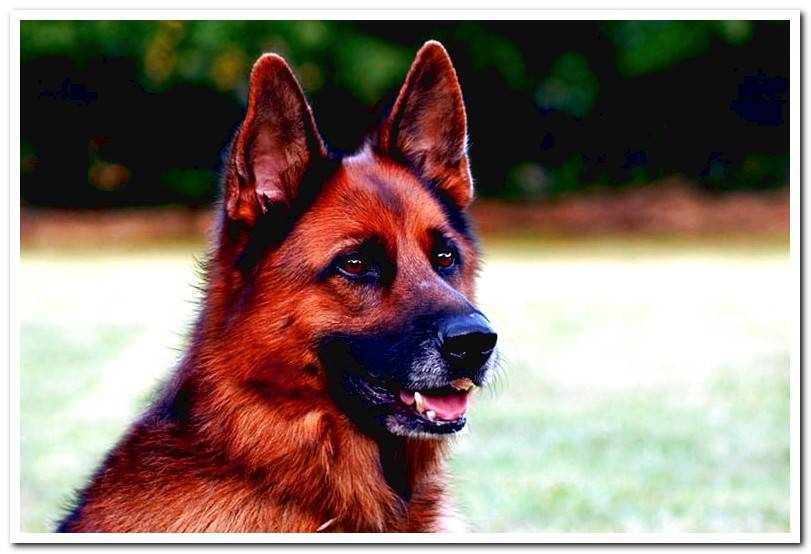 Another way to divide German Shepherd varieties is to consider the coat. These are the classes that are presented:

The combination of the Saber German Shepherd coat is the best known. It is also known for Alsatian shepherd. The coat can be black or gray on the back, flanks and part of the tail, while the rest of the body has a reddish coat.

In addition,
the muzzle of this shepherd presents a black mask. It is an intelligent, protective and playful variety.

The White German Shepherd is a rare variety, not yet recognized by international associations. The shape and proportion of the body is the same as other German shepherds, but the coat is smooth and completely white.

This dog’s personality is faithful, protective and playful. He is friendly to people and loves games.

The German Shepherd panda has two-colored fur: the abdomen and legs are white, while the back and muzzle have brown, black and brown tones.

It has a muscular and strong body, ideal for outdoor activities, as it has a lot of energy. Like his breed companions, he is friendly and plays a good role as a watchdog.

The shepherd’s coat black mantle is the product of a recessive gene. The coat is pure and without spots. The shepherd’s body is muscular, agile and well proportioned.

As for the personality, he likes games and outdoors. He is intelligent and agile, they train him as a working dog by police and firefighters.

Also, all of these varieties can have long or short hair.

Photos of each variety of German Shepherd

In order to know them by their hair color or physical characteristics, nothing better than being able to see them on video and photos, explaining the qualities of each of them: