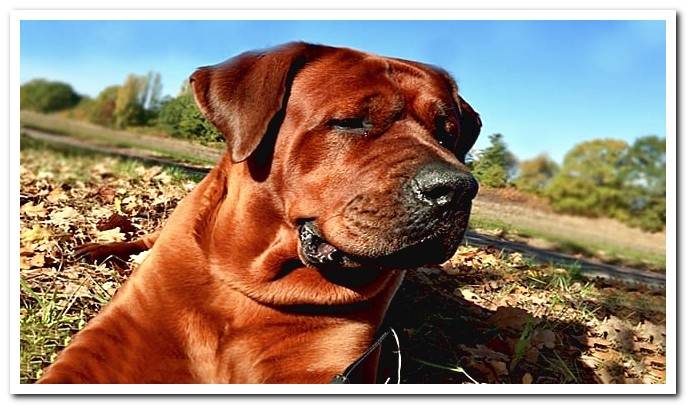 The Tosa Inu, also known as the Japanese Mastiff, is an extremely rare breed of dog originating in southern Japan. It is a large and strong working dog, originally used for dog fighting.

It was created in the mid-nineteenth century from various crosses of copies of Shikoka Inu with other breeds such as the English Bulldog or the German Shorthaired Pointer. Its name, Tosa, refers to the old name of the city of Kochi, from which it comes. The word Inu simply means dog in Japanese.

Although it has been labeled as a dangerous dog and has been banned in some countries such as the United Kingdom or Australia, the Tosa Inu’s bad reputation is unfair, since with few exceptions it has a very calm and familiar character.

You may also like: Breeds listed as potentially dangerous

The intrepid Tosa Inu is basically a peaceful and calm dog, extremely loyal and with a developed protective instinct towards his family. However, it needs an owner who demonstrates authority and is capable of handling it, otherwise the dog could develop aggressive behaviors towards other dogs, pets and even humans.

His temperament is by nature obstinate and dominant, inclined to do things his way. On the other hand, it takes a long time to mature, reaching the puppies’ own attitudes even up to four years of life.

But in spite of everything, a well-educated Tosa Inu is always affectionate to his owner and very loving and patient with the children of the house, very similar to the character of the Akita. He is reserved with strangers and is not a barking dog.

Although she prefers the outdoors, the Tosa Inu has no problem adjusting to life inside a flat or apartment, as long as she enjoys a good daily ration of exercise and walks. 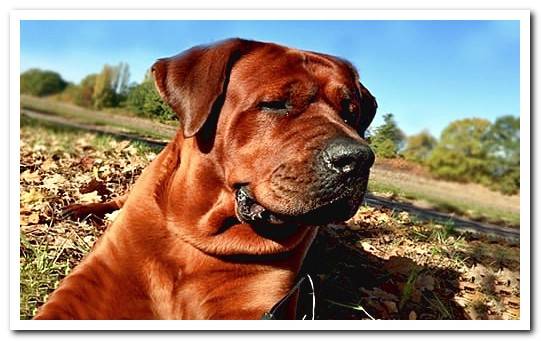 The general appearance of the Tosa Inu is imposing: a large, robust and stately dog, with a natural pose that exudes authority. It has a powerful thorax and muscular legs, with a thick tail that thins towards the tip.

Due to his origins as a fighting dog (he has come to be described as the “Sumo wrestler of the canine world”), the Tosa Inu has a very high pain tolerance.

The height at the withers of the males is around 60 cm, somewhat less in the females. The weight can vary greatly depending on whether they are pure Japanese specimens or varieties raised in other countries, where these dogs are generally more voluminous and heavy.

Among the characteristics of the Tosa Inu dog, its large and wide head stands out, with strong jaws and a pair of medium-sized ears always hanging. It has small brown eyes, a long snout and a black truffle. It features a loose double chin, similar to that of the Bulldog.

His hair is short and hard, of great resistance. The usual colors are red, cinnamon, black, and brindle.

The education of the Tosa Inu

The ideal is to start training and socializing our Tosa Inu very early, when he is still a simple puppy. It is a good idea to ask our friends and family to visit us when the dog is still small so that it becomes accustomed little by little to strangers and later does not react badly in these situations.

The natural instinct of the Tosa Inu leads him to try to be the alpha dog of his group, so it is very important that we take the initiative and make our dominant position clear from the outset.

Training should be active and demanding, but always using positive reinforcement. It is essential to avoid being too aggressive or cruel to it since, despite its appearance, the Tosa Inu is a dog endowed with great sensitivity that reacts very poorly to punishment and mistreatment. 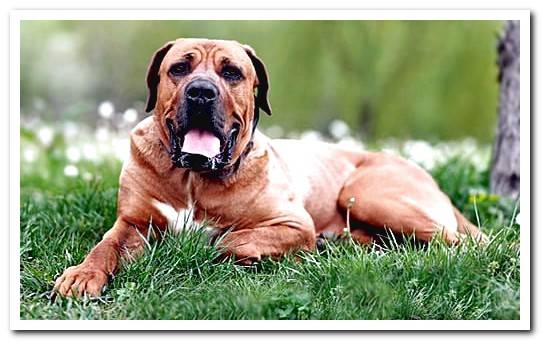 Physical exercise is of vital importance for this breed of brave and fighting dogs. They need to release a lot of energy to maintain a good physical and mental balance. This does not mean that we have to subject our Tosa Inu to exhausting sessions of heavy exercise, it is enough with a moderate amount of daily activity, three or four long walks a day. The Tosa Inu is an excellent companion for those who like to go for a walk or run.

Its short and very resistant coat does not require great care. It is enough to brush it once in a while. On the other hand, it is necessary to be more attentive to the hygiene of the folds of the skin of the face area, where food residues and dirt can accumulate. Otherwise, it is a breed that is generally in good health and shows no propensity to suffer from hereditary diseases.

The average life span of the Tosa Inu, well cared for and fed, is around 12 years.