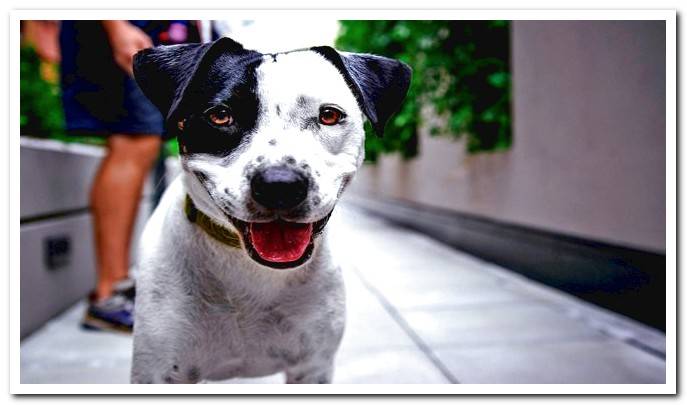 Well, you will be surprised to know everything a dog can say about its owner with the naked eye. From how they take care of it to whether its owner is lazy or a big eater. Do you dare to know what your dog says about you?

A well-groomed dog – A meticulous owner

Orderly and meticulous people are generally those who spend the most time caring for their dogs, since it is unthinkable for them to see their dogs dirty or poorly cared for.

Bathing them frequently, brushing them and taking care of their hair, monitoring their diet to avoid being overweight or even putting some detail on them such as a scarf on the leash, says a lot about an owner.

However, scruffy and unhygienic dogs say the opposite of their owners, careless, carefree and probably not very responsible.

It does not always happen but it is very curious to see how many dogs really look like their owners. According to a study, this is because dogs unconsciously acquire some traits from their owners to fit into the pack.

And although these studies are not fully verified, the truth is that it makes a lot of sense. Above all, seeing the great similarity of many dogs to their humans.

This does not mean that an ugly dog ​​has an ugly owner, since perhaps they have simply acquired other traits such as the look or even the smile. Yes, dogs also show teeth to smile as imitation of the human smile.

It is not that dogs become more active depending on their owners, but generally when we adopt a dog we always do it looking for similarity with our lifestyle.

So if we are athletes and we like to run, skate or ride a bike, we will generally adopt an active dog to accompany us on our journeys.

In contrast if we are sedentary and more of blanket and sofa, we will generally adopt less active and calmer dogs. Although sometimes mistakes are made and some inactive people end up adopting very active dogs like the german shepherd who has a very active character.

Origin of the dog

As we all know in the world there are many dogs looking for a home, stray dogs or dogs that are in protective animals or municipal kennels. By cons, there are also many breeders who are dedicated to the sale.

People who adopt a dog regardless of breed are generally kind-hearted, caring, and loving. A person who adopts is a person who deserves all our respect.

People who buy, generally do so because they want a specific breed, something that many consider a “bullshit” since each dog has its own character (education also has a lot of influence).

We respect all opinions and all people, those who buy and those who adopt, although we recommend adopting versus buying.

Did you think that feeding your dog means nothing? You are very confused since generally the people most involved with their dogs are the ones who best feed them, within their means.

A person who really loves their dog does not buy cheap dog food at a mall, research and buy the best food they can within their financial means.

However, there are also people who prefer to spend their money partying on weekends, while they feed their dogs as cheaply as possible regardless of their quality. This says a lot about a person.

Looking at a dog for a few minutes, observing its physical appearance and behavior, we can draw quite clear conclusions about the person who is taking care of it.

If you want to add more ideas to this curious article, you can leave them in the comments.